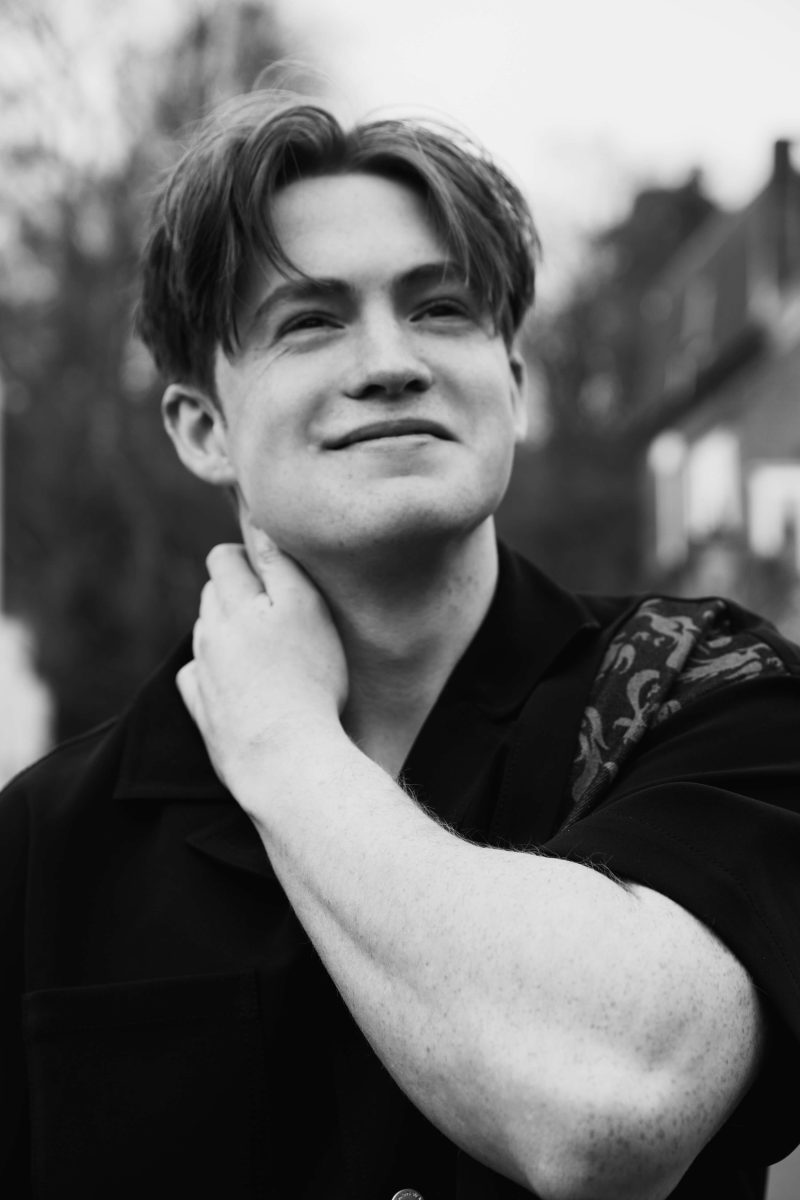 KIT CONNOR is currently starring in Heartstopper on Netflix.

We caught up with Kit Connor to talk about his new role.

AC: What can audiences expect from Heartstopper?

KIT CONNOR – Four hours of warmth, positivity, and general joy in a very inclusive way and a queer representation that we’ve not really seen before that focuses so much more on the positives whilst still tackling those darker issues and important negative themes.

KIT CONNOR – In season one of Heartstopper, my character, Nick Nelson is the seemingly stereotypical rugby player at school. He’s very popular and everyone stereotypically assumes that he’s straight and then he meets Charlie, who’s the main protagonist of the show, and quite quickly realises there might be something else there and that he may have romantic feelings towards Charlie. The show is really about their relationship as it progresses as they learn to accept each other and themselves.

KIT CONNOR – One of the great things about Nick is that he doesn’t have any ulterior motives or anything like that; he just tries to be himself. His main objective is to be real and authentic and that’s his overall goal and to be happy and be with Charlie; Charlie is who makes him happy and he wants to really end up with him.

KIT CONNOR – When we were filming in the car, the actress who plays my mum and I between scenes we would turn on the radio and sing along to everything; such as Oasis and real belters and it was really funny – a kind of Carpool Karaoke between these quite emotional scenes.

KIT CONNOR – I think one of the beauties of acting is that you learn something new on every job, there’s not a job that you don’t learn something on and that’s a wonderful aspect of the profession.

I think one thing I am learning now and still trying to improve is my general approach to a role and scenes. I genuinely quite like and I’m leaning more into now the idea of freshness and realness in a scene, a lot of time if I have quite a few lines in a scene I will learn them to the extent where I’m first going through them with other actors I kind of almost stumbling through it. As for me, it makes the words feel more fresh and genuine. The reactions are more real. I prefer it like that as it gives a bit more room for newness and a fresh outlook on a scene. That’s something I’m still trying to get better at.

KIT CONNOR – I think the medium of reading a script is a really interesting thing as I find that it’s not like a book where you can be incredibly descriptive, a lot of it is made up of dialogue and stage/screen directions when you’re reading a script. Even some good scripts can lose your engagement as it’s going to be a different overall product at script stage to the end product when you’ve actually got actors performing the scene and cinematography, if you’ve got a script that still manages to engage you without all of that then that’s a really good sign. When I was reading Heartstopper I was definitely engaged but you could also tell it was really beautifully written and innocent, sweet and real.

KIT CONNOR – It sort of just really happened for me, I started off doing the occasional commercial, I did a Sainsbury’s and KFC advert at one point and I just found them kind of fun. Slowly, I got my own TV show, and I got my first film at the age of 9, which was really cool. It was at that point that I thought maybe this is something that I could do as a job professionally. Before I thought at some point I’m going to have to find a real job but then I think it kind of slowly progressed and by the point, I did my first film, I thought this is a future for me.

KIT CONNOR – I think social media is a double-edged blade, in some ways, it’s really impactful and powerful and can be a great force for change. At the same time, I find it can be very harmful to people and their mental health. I find it at times that it can be very invasive as the nature of social media is getting to know people better. I think that in some cases I’m very keen on privacy and having a personal life that isn’t completely in the social public eye. For me, social media is great for promoting a show such as Heartstopper or myself as an actor and sharing those kinds of experiences but then again there is a line, I try to draw between that and sharing my personal life.

KIT CONNOR – I think the biggest thing I’ve realised is a nice thing really, that people underestimate the amount of positivity in the world. I think there is this overwhelming feeling of negativity and hatred – especially in things such as social media. Especially trolls who spread a lot of negativity and I thought that going into Heartstopper this would lead to backlash and negative comments. It was so surprising to find this whole experience of the lead-up to the release, so overwhelmingly positive and refreshingly warm – I think that has been a massive revelation for me.

KIT CONNOR – I’m not one of those people that has an app idea, but I do have to say as an actor, I’ve had to do a lot of self-tapes (auditions via video). As someone who’s had to grow up doing those things and finding them frustrating at times, I think maybe creating some kind of app that actors can use to record the other person’s line via a tape recorder so that you can go over the scene between the recorded lines and your characters. You could definitely create a more technology-based app where you can essentially act out a scene on your own.

​KIT CONNOR – For me one of the things that make me feel most nostalgic is barbecues, I don’t know why but I had one the other day because the weather was a bit nicer, and it really reminded me of those days when I was five or six years old running around with my family whilst we had a barbeque. Great memories, a weird one but yeah, barbecues.