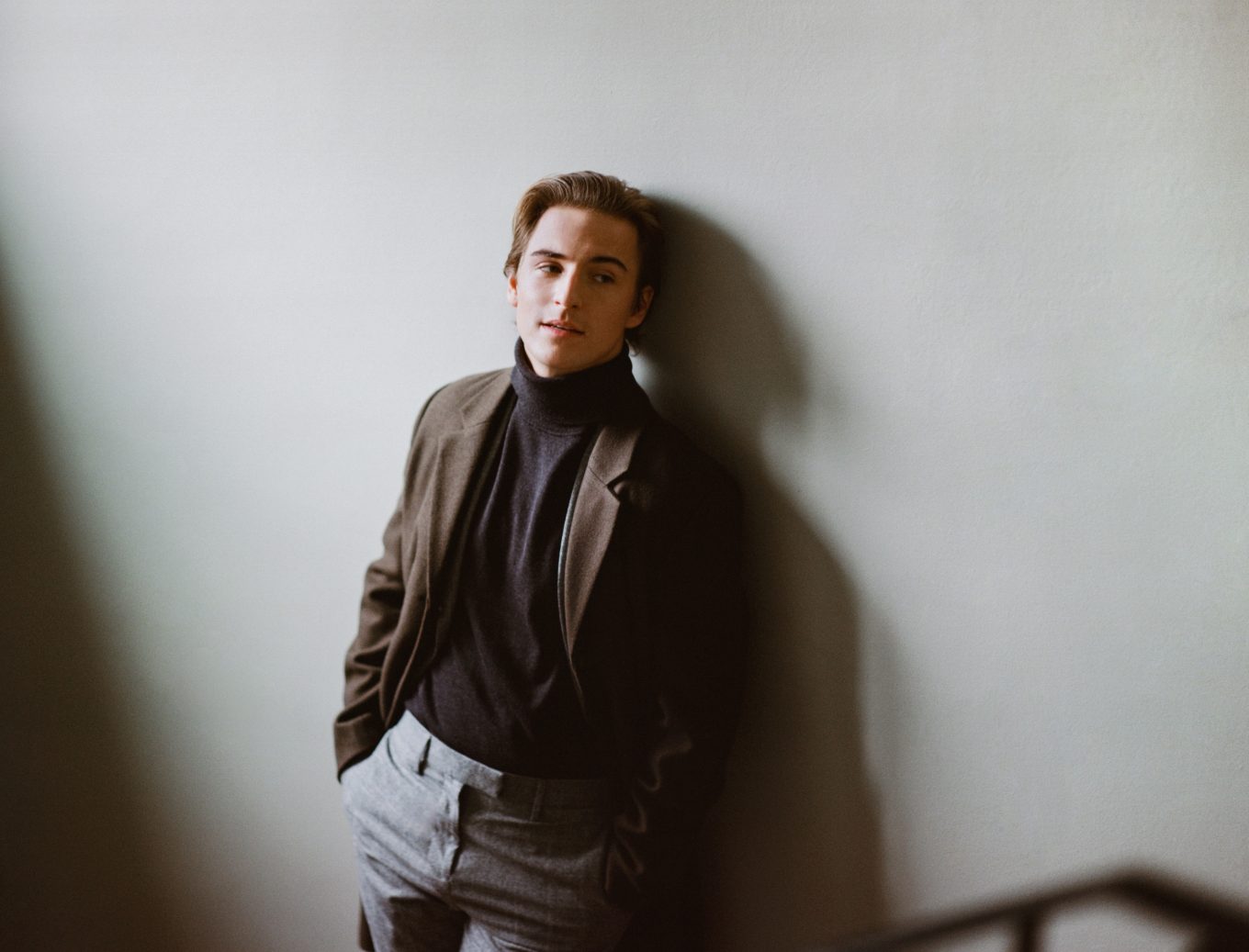 The series is set in the world of competitive figure skating, following Kat Baker (Kaya Scodelario), an up-and-coming elite single figure skater who teams up with talented pair skater and resident bad boy Justin Davis (Evan Roderick) after a disastrous fall takes her off the competition track. We caught up with Evan Roderick to talk about the new show.

AC: What can audiences expect from Spinning Out?

Can you give us any teasers on what is in store for Justin?

Maybe Justin isn’t quite as he seems when we first meet him in the pilot. There may or may not be more to him!

Everything that Dasha says is gold.

Kaya was so amazing. Such a grounded individual and always made everyone feel super comfortable on set. I loved working with her.

The first time Kaya and I did the tango must have been pretty hilarious to watch.

The skating portion was probably the most difficult. Specifically the tango. That sequence, in particular, took us longer to get down.

Everyone on that show was so amazing to work with. However, the majority of my scenes were with Kaya and Svetlana so I’d have to say them!

You’re no stranger to being on ice, having played in the British Columbia Hockey League. How do you look back on your experiences in the sport?

I learned so much from hockey. Like you said, I spent so much of my time as a kid on the ice and around the rink. I have only fond memories.

Everything! I think it’s important to never stop learning, whether that’s from other actors or directors or writers, there is always something to be learned, no matter what stage of the game you’re in.

When hours pass by and you forget yourself.

My teenage years. Specifically, around 16 or 17 years old I found myself being drawn to films and performing and eventually, I started performing a bit myself and receiving feedback and there came a point where I realized, “Hey, I’m actually doing this.”

I mean, I think it’s fairly important. It gives actors and artists a vehicle to communicate with their audience. So in that way, I’m grateful for it and feel it can be very useful.

Something to do with holograms or virtual reality. I think that would be cool!

No upcoming projects at the moment, just hoping for a season two of Spinning Out!

I’m really excited to dive more into work in feature films. TV is amazing because you can really take your time to develop characters, but I also really like the idea of only getting say 8-10 scenes to define a character. You have to be so specific with what you want the audience to know and what you want to keep from them, so I really look forward to that.