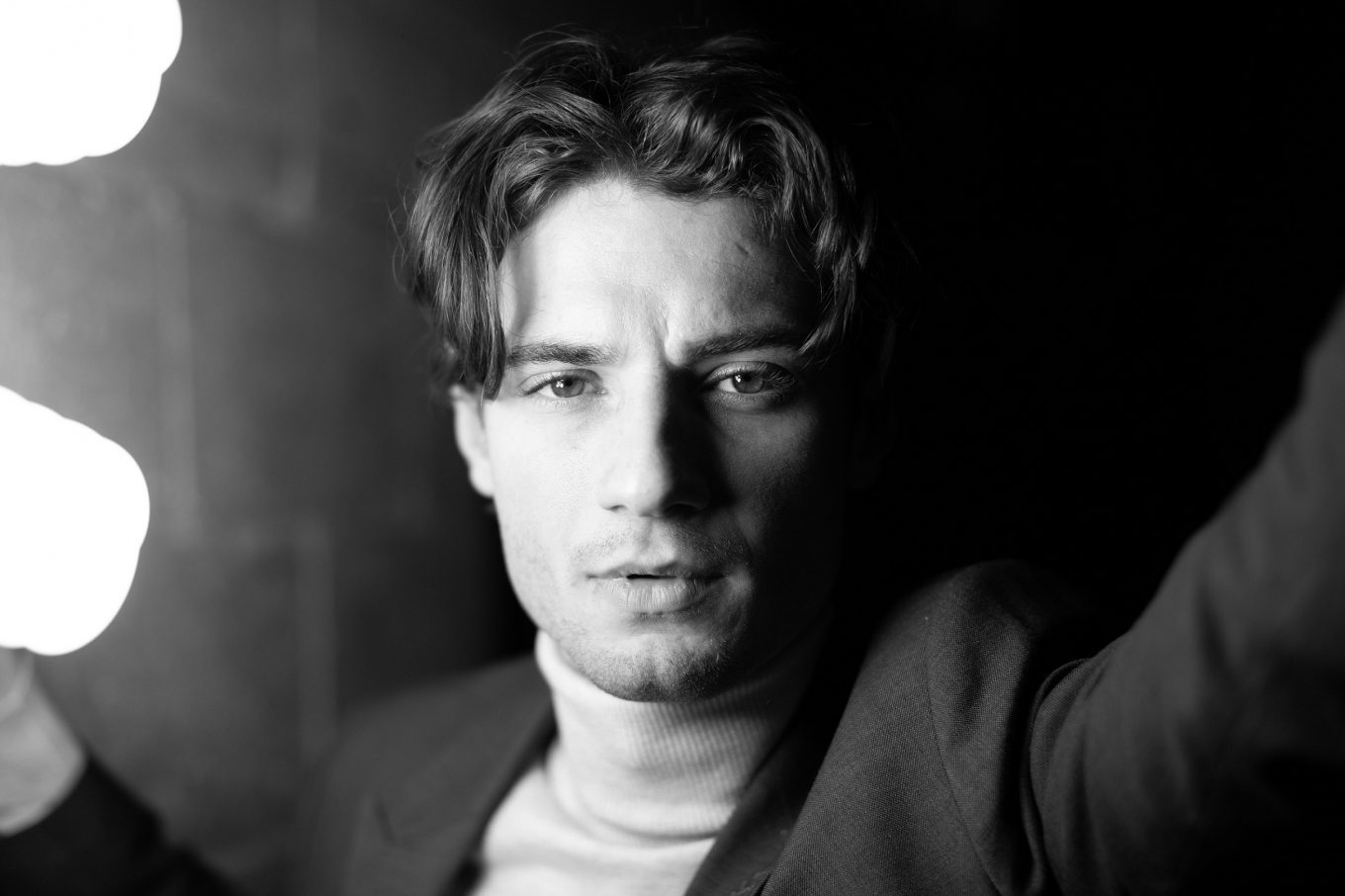 JACK BRETT ANDERSON made his directorial debut with Syndrome, a play by Tina Jay. The play recently premiered at the Tristan Bates Theatre in Covent Garden. Syndrome is set against the backdrop of the Gulf War and follows the personal stories of four young British soldiers from the days of the war through to their return to civilian life.

These soldiers are suffering from the debilitating effects of what became known as ‘Gulf War Syndrome’. This marks the second project Jack has embarked on with writer and producer Tina. In the Summer of 2017, Jack performed dual lead roles in Held, written by Tina and directed by Richard Elson. The production explored the broken lives of five inmates.

AC: What can audiences expect from Syndrome?

JACK BRETT ANDERSON: Something raw, real and authentic. I also think more than anything, I think they should expect to be very informed about a story and a time in life that many people seem to know very little about.

Can you recall any funny moments from rehearsals?

You know, the rehearsals should be funny. It’s where we trial and error and that is always fun. It’s all in the play. It is always important to bring the fun and play to any form of rehearsal. In addition to that, the delirium of being in the same place for so much time. We start as adults but by the end, we’re a bunch of kids having fun.

Were there any particular themes in the writing that drew you to the script?

It was the relationship that I formed with the story through its narrative. It almost entirely revolves around army life. I was an Army Cadet for four years and what it gave me personally, was so much confidence, maturity, a huge sense of belonging. This all built me up to be who I am today and I’m proud of that, thankful even. The very thing that gave me all that took so much from these men and that juxtaposition to me, really blew my mind. It made me realise that the ethics and morality of army life is the issue, it’s the decisions made in how the army are used. Getting to explore that has been so interesting.

How much did you know about the Gulf War prior to getting involved in this production?

I had a fair understanding of it, mainly because in 2003 I was old enough to be aware of the Gulf war that happened then. I remember it was dubbed the Second Gulf War. My knowledge grew immensely due to the incredible research that our writer Tina had done which was encapsulated into the script so amazingly.

What was it like to collaborate with writer Tina Jay once more?

I have to say very different. The last time I was her lead actor and only came into production at a certain point and I experienced her writing as an actor and with that, we formed a really transparent hardworking relationship, so this time we have been involved from the beginning, through the entire process and I’ve enjoyed every step so far.

Do you have a favourite line of dialogue from the play?

I think that is so hard to pick, the script harbours so many lines that mean so much to each of the characters, all of whom you build a bond with throughout the play. Perhaps Tayze, he has some very broadminded comments or statements that I think people need to hear but to pinpoint one is too hard for me.

How do you like to work with your actors?

I’m really enjoying it, it’s a whole new experience that I didn’t see coming this early in my career. They’re all such nice people and super talented on top of that. The chemistry between them all is so exciting.

Have there been any unique challenges in bringing this production to life?

Production is really the thing that brings everything together and that is always a challenge getting so many people together at the same time for a joint reason. I suppose the unique challenge is finding the right people, that takes time but when you do, it’s seamless.

How did the production land at Tristan Bates Theatre in Covent Garden?

From our early discussions of the play, and knowing the space so well from working on the production of Held together, both Tina and I felt Tristan Bates would offer the ideal intimate experience for the audience to bring Syndrome to life. On sending them a synopsis, we were delighted to be immediately invited in for a meeting, and the February run was then set!

As a director, what are you still trying to learn?

I’m always trying to learn to grow in whichever area life presents itself. With directing, I want to learn more about the perspective I can create, what it is emotionally I bring to a character as an actor, and how I can make that be felt or seen in the most authentic way. Every story has its own unique point of view, I want to know how to bring that alive.

A great script for me is when I can’t help but turn the page. When I can’t wait to read what’s next and also when the writing brings out moments that I don’t expect and make me think differently.

When did you begin to see directing as a potential career avenue?

I think it was when I had made suggestions and people took note or used my idea. I think it came after doing Genius: Picasso on National Geographic that I felt I had found enough scope and perspective in my career and in life experiences that made me feel I was ready to guide others through the emotional journey their characters brought.

I think it’s important for staying in touch with those who like your work and want to keep up to date with it. I said it before but it basically the new system for fan mail. So in order to do that, I think it’s very important.

A less polluted, less corrupt and something way more honest, is what I think we all deserve. All life on this planet, in all it’s corners deserves that.

I mean, these apps are like putting the same shop side by side. We need something different, something that actually connects us, not these weapons of mass distraction that in turn isolate us.

Don’t forget to look up. It’s nice to be important but important to be nice.

Behind the camera. what is a fear you’d like to conquer?

Fear is the only thing to fear, the rest is just a learning curve and if you mess up, you learn from it and go again. I’m excited to do all of that with this new venture in the sense of becoming good at it.

Aside from your upcoming production, is there one thing you’re particularly excited about for the future?

I’m excited as to what may come next post-play and the rest of 2020 to make something of. Building my production company, Mont-Dore Media, my team and relationships all round. I have the documentary I’ve commissioned around the play to come for the 30th anniversary of the Gulf war Next year. That will take some time and care to pull together, it’s something new so I’m excited about that, also, new roles, characters to come that I’m excited to play. It’s all about timing, just being ready when it’s right you know.