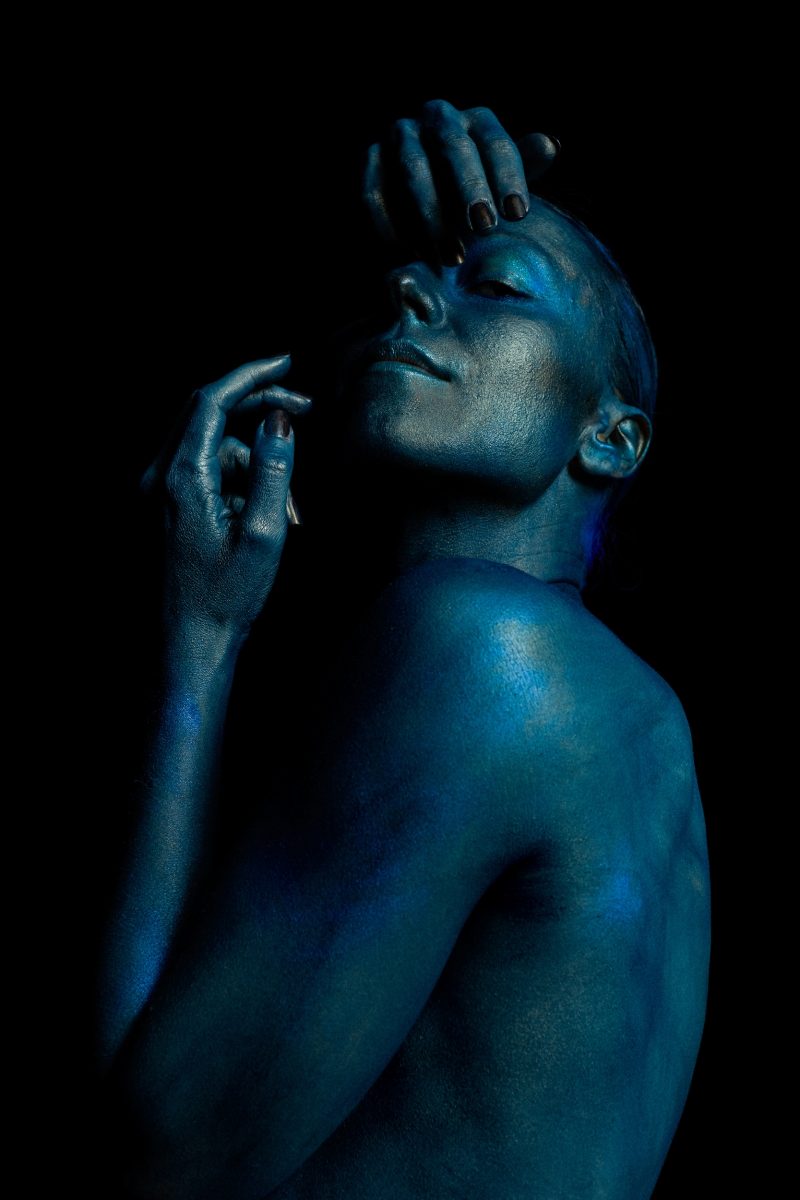 IRENE has just released her new single Skybound. The Nordic music artist’s signature raw records have led to comparisons with Kate Bush, for her otherworldly songwriting; with Robyn for her sensual pop-melancholic soundscapes; and with FKA Twigs for her nuanced and minimalist approach.

We wanted to catch-up with IRENE to talk about her orchestra-led pop track Skybound, whilst also looking to the future and discussing her upcoming debut album.

AC: Let’s talk about your new single Skybound. What does the song mean to you?

IRENE: To me, Skybound means connection – the magnetism between two entities in the cosmos. You can’t see it or overanalyse it, you just feel it. It’s a mix of quantum physics, spiritual connection and love. If you have a cosmic tie with someone, you can be millions of lightyears or kilometres away and still feel the other soul’s presence.

What was it like working with Noah Rosanes and Live Johansson on the track?

I always write and pre-produce my songs at my own studio in Finland and finally take them to Noah in Copenhagen. I see all my songs in colours and sceneries – and Noah shares this visual-conceptual mindset with me. For Skybound, we both saw a pitch-black night sky, cosmic themes and a Nordic James Bond type of cinematic elegance. Finally, Live Johansson brought her magic into the mix. Skybound is one of these songs that just seemed to know what it wants.

My love relationship with the piano is complicated because of a sexual assault that happened to me during my piano studies. Playing the piano still feels very private and vulnerable to me and my brain still sometimes dissociates when playing it. I used to be ashamed of it. Nowadays I just see it as part of my story that I want to share.

My biggest fear is the same as everyone else’s: to put my most intimate art in the spotlight and be rejected. Honesty is risky. But that’s the only way to make art that really matters.

My most important songwriting method is listening. My experience is that new music is always flying around. I just have to be present and channel. And pick the ideas that feel authentic, raw and true to me.

I salute everyone disrupting the old fashioned music business. This industry needs a lot of light and healthier structures. I’m inspired by female artists who stand tall and speak up about the oppression we all face.

Production. I’m intrigued by sound design and playing around with samples. More and more I find myself testing out new plugins and experimenting. It makes me feel like a child.

What can fans expect from your upcoming debut album Slow Bloom?

With Slow Bloom, I’ve been digging deep into two things: my own womanhood and my roots which are in the Arctic area. Our nature is very extreme and these stark contrasts are essential to Slow Bloom. It has a certain rawness, both sonically and thematically.

Quite frankly, I’d rather give my phone number to my listeners and receive calls and old-school messages. I appreciate honesty and unfiltered real-life connection more than anything.

Meditation and landing into my body. The clearer the mind, the clearer the energy. To me, music is a healer. The more balanced, vulnerable and open I can be, the better channel for the energy I can be.

I want to see a world that is interested in the truth. I want us to look difficult topics in the eye.  We’re in a global mental health crisis. In order to solve it, we need to start paying attention to health, self-care and self-awareness.

It would say: Keep on walking. That’s the title of my first single. In the end, I believe that’s the only mantra we need. We can achieve anything if we don’t give up.