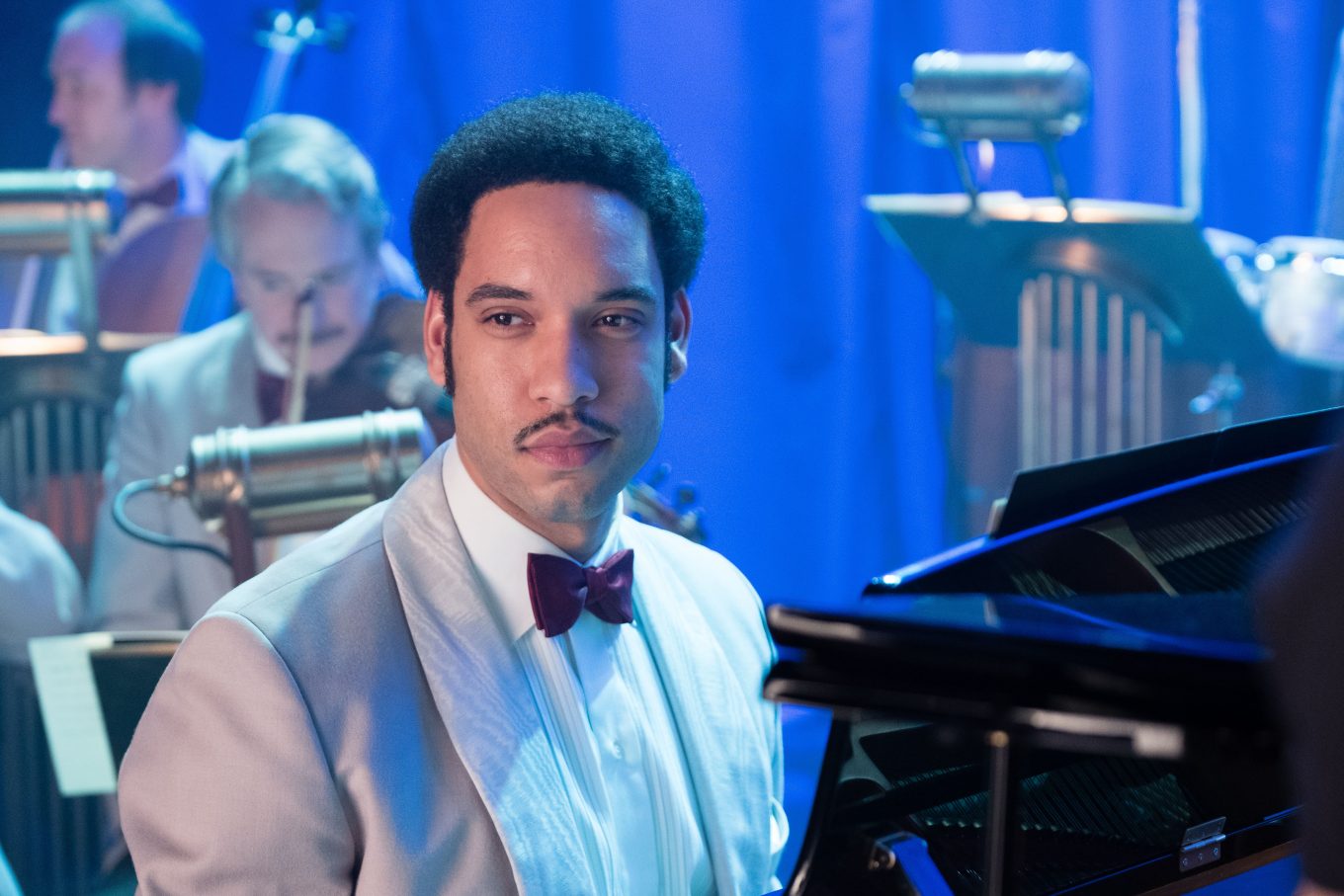 ROYCE PIERRESON can currently be seen on the silver screen playing the role of Burt alongside Renee Zellweger in Judy. The biographical musical follows the legendary Judy Garland as she arrives in London in the winter of 1968 to perform a series of sold-out concerts.

Later in the year, Royce will be seen in the role of Istredd in the upcoming TV series The Witcher on Netflix. The series follows solitary monster hunter, Geralt of Rivia, as he struggles to find his place in a world where people often prove more wicked than beasts.

AC: What can audiences expect from Judy?

ROYCE PIERRESON – Audiences can expect to be surprised by the story of a remarkably talented woman we all think we know. It’s a lavish musical with an intimate story at its center.

ROYCE PIERRESON – I play Burt Rhodes, the bandleader at the Talk Of The Town Club. It’s a story that has music at the heart of it. Burt is a brilliant musician who is, to me, the definition of the vibrant, London music scene of the time.

AC: How would you describe the dynamic between Burt and Judy Garland?

ROYCE PIERRESON – Burt was a real person but I couldn’t find much information about him. What I did find told the story of an incredibly humble man with a brilliant mind for many aspects of music. He could play multiple instruments as well as conduct as we see in the film. Apart from that, I was free to create my own version of Burt. The costume, the vibe of 60’s London all adds to your interpretation of him and the way he holds himself, conducts his business. Playing Burt, I felt he had an inner intelligence I haven’t felt playing any other character. He doesn’t say a great deal but he is always observing people, especially Judy. He sees through the surface, the show, the shtick. He sees her vulnerability and tries to help her. I think it’s a beautifully observed relationship, made even richer by working with the brilliance of Renée Zellweger.

ROYCE PIERRESON – It’s hard to say. I think he’s excited to work with Judy Garland, knowing the big star is coming to town but that never gets in the way of his professionalism. His goal is to get the best of out her and collaborate with a musical legend, but as the story progresses his agenda changes, it becomes more personal.

ROYCE PIERRESON – It was pretty difficult to put the side parting in my hair every day. I remember I used to do it when I was a teenager. if you’ve ever wondered what it’s like to part an Afro I wouldn’t advise it. But we had a great hair and makeup team!

ROYCE PIERRESON – There was a scene in a pub, me Renée & Finn. Cramped, classic, English pub. After our rehearsal, everyone decided they wanted to smoke a fake cigarette in the scene. Take after take, this tiny pub filled up with terrible tasting herbal cigarette smoke. During my closeup, they called “action”, I look at Finn, smoke pours into my eye and they start watering. During the scene one eye is flickering the other is opening and closing…it was a nightmare.

AC: What can you tell us about your upcoming role in Netflix’s The Witcher?

ROYCE PIERRESON – I play Istredd, a Mage at Ban Ard Academy. He has an amazing journey through this world, his interactions are from an honest place but I’m not going to give too much away so I’ll leave it at that!

AC: The show is being widely tipped as the next Game Of Thrones. What do you think makes The Witcher stand out from the crowd?

ROYCE PIERRESON – There’s always going to be a comparison between genres, particularly with something as iconic as Game Of Thrones, but The Witcher has a legacy and huge fan base of its own. To me, it tells the story of a world of survival and exploration. We follow an ensemble of characters dealing with problems and decisions that have a huge impact on their journey going forward. For such an expansive world, it’s an extremely personal character study.

ROYCE PIERRESON – Everybody’s names on set! No, seriously there are so many things. What I’m not trying to do is actively learn certain things, camera technique, hitting marks, all that technical stuff because, for me, it takes away from the honesty of a moment or a connection or a scene as a whole. My approach has always been trying to play the truth of a character. So I don’t really try and learn anything I try and feel what’s truthful and why and if I hit it, try and hold on to that feeling, subconsciously most of the time. It sort of integrates itself into your body ready for next time. It’s a hard thing to articulate but fundamentally it’s about truth. The technical stuff sorts itself.

ROYCE PIERRESON – For me, if I read a script or sides once, I can put it down and it’ll be in my head. That’s how I know. Every actor is different but that’s the way I work. If a script has been written with a truthfulness, I’ll be able to do that. A bad script, and there are a lot out there, will never sit right with me. I’m generalising but if a script takes a long time to learn, it’s not written for the actor it’s written to tick a box and that’s the big danger sign.

AC: Aside from your upcoming projects, what is one thing you’re excited about for the future?

ROYCE PIERRESON – I just got engaged which is an amazing feeling. I’ve got an amazing partner, she gives me everything. She makes me excited for every day I get to spend with her.

ROYCE PIERRESON – It’s all relative but I got into acting relatively late. When I was 17 I watched Streetcar Named Desire on BBC One. I watched what Marlon Brando did for 90 minutes and when the film finished I said to myself that’s who I want to be, not what I want to do but who I want to be. Then I realised I’m not Brando I’m my own person in this profession and set out on the path to discover, learn create and develop this love I had for acting. I got into drama school aged 18, Royal Welsh College of Music & Drama, graduated at age 21, moved to London and have had an amazing career with a brilliant agent behind me all the way.