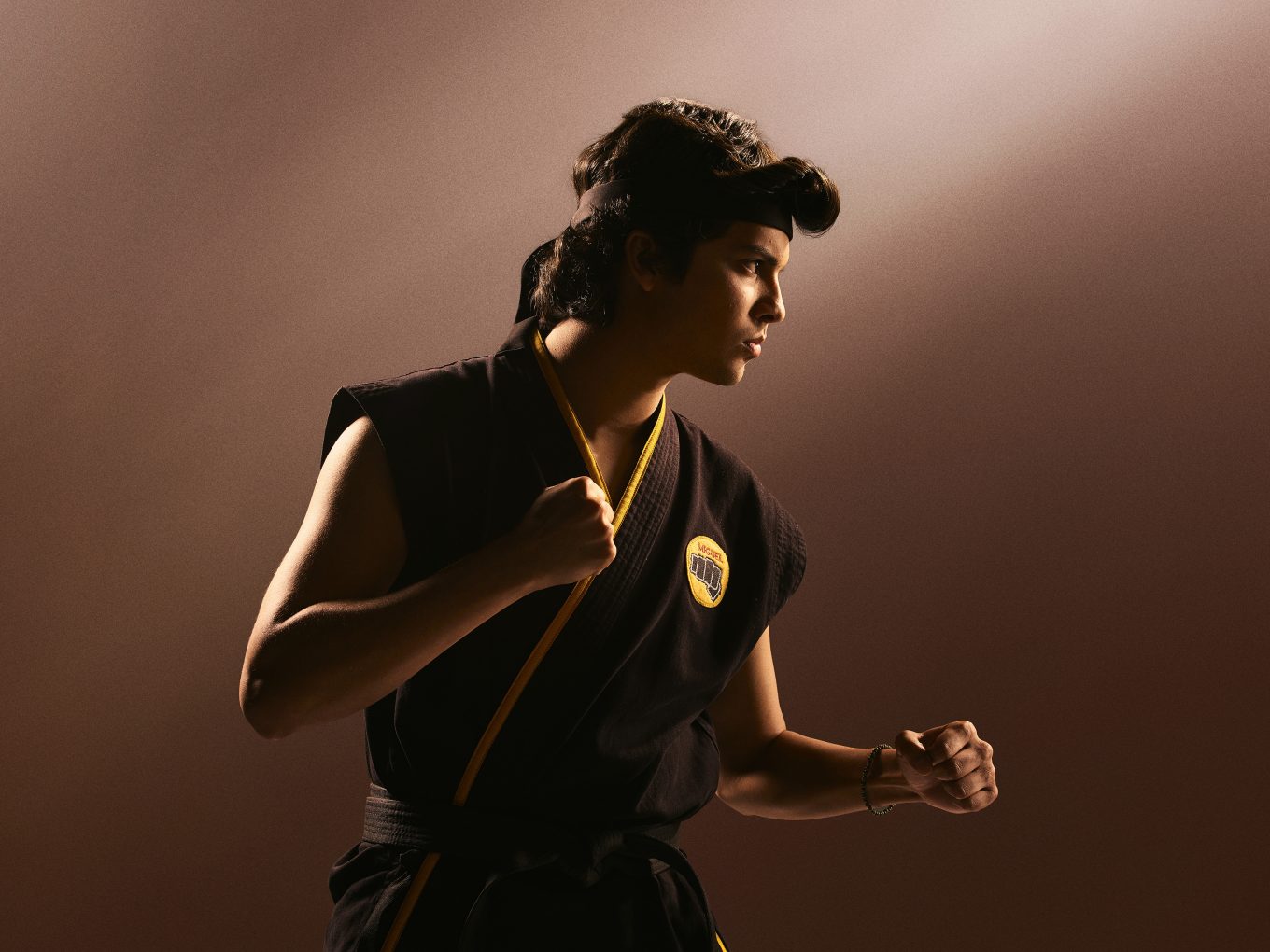 XOLO MARIDUEÑA:I’ve played tennis for as long as I can remember and I would always wear headbands, my mom always used to say I looked like this guy Ralph Macchio. To be quite honest I never really knew who he was until booking in the show. In retrospect, it is so surreal to get to work with the person my mom would always tell me I look like. If I knew she was so prophetic I would have her start saying I look like Rihanna more often.

What initially intrigued you about ‘Cobra Kai’?

For the most part, I don’t really get to pick and choose what roles I go out for, I try to go out for everything that’s given to me just because you miss one-hundred percent of the shots you don’t take. But I will say after reading the breakdown for the character, I was excited that I was going out for a character who is Latino but didn’t fit into any of the stereotypes that we hear day in and day out in this industry

Since starting COBRA KAI season one, I would say during filming we do anywhere from an hour to three hours a day stretching, punching and backflipping. Outside of filming it tends to be pretty hard for me to find the motivation to get up and go to the gym and do cardio, lift weights, or do any sort of exercise. I’m trying to get better about going to the gym but will definitely be a slow process

Not a lot of people know this but Miguel and I are only one year apart. Having teenagers play teens is definitely an anomaly in this industry, it’s so much easier to hire someone over the age of eighteen for legal reasons than it is to hire minors. While it may not seem like a big deal, it definitely goes to show just how far the directors and producers are willing to go to show authenticity on camera.

Every day I get to work with Jacob Bertrand is a fun day on set, he really knows how to liven up everyone’s day and I never have a dull moment with him when we film together.

I’m always trying to learn to be more outgoing, I feel like there is this notion that actors are always outgoing and never get stage fright, but to be quite honest that’s not the case, at least not with me. I try to get myself out of my comfort zone at least once a day, it can be very challenging at times being that I’m a little reserved, but I don’t think I’m doing too bad!