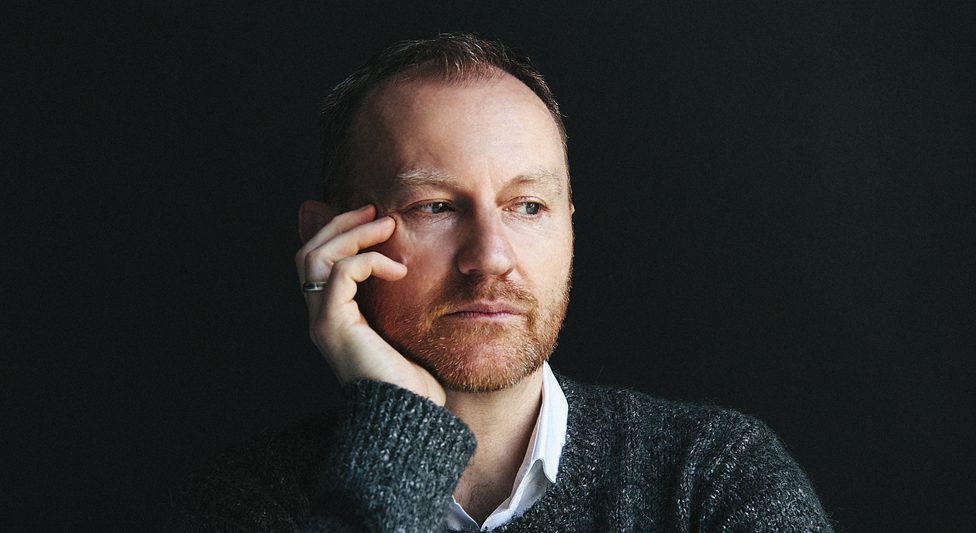 MARK GATISS has revived and reinvented some of the most beloved fictional characters of screen and literature.

Growing up opposite an Edwardian psychiatric hospital, it’s easy to see how Mark gained an appetite for fictional storytelling – whilst being a ‘Doctor Who’ fan, watching Hammer Horror films and reading Sherlock Holmes novels.

Mark is gearing up to do four weeks of rehearsals for what will be a new ‘The League Of Gentlemen’ Tour.

The BAFTA-winning black comedy originally ran from 1999 – 2002 on BBC Two, and returned to television last Christmas with three specials to celebrate 20 years since the act began. The tour will see Reece Shearsmith, Steve Pemberton, Jeremy Dyson and Mark bring their dark and unhinged fictional village of Royston Vasey to theatres and arenas across the country – in what will be their first live tour in over a decade.

AC: How did this upcoming tour for ‘The League Of Gentlemen’ manifest itself?

MARK GATISS: We met up about two and half years ago and had dinner with a view to doing something again and we agreed at the time to do some accompanying dates. I think we imagined we’d do them closer to the specials but things change.  But it’s going to be one big dollop of fun!

You’ve spoken in the past of not enjoying weeks of rehearsal – how many weeks have you spent rehearsing this?

We start this week for essentially four weeks. It’s not a greatest hits show – there’s some new stuff but a lot of old favourites too so we need to get reacquainted with some of our old material. We’ve always directed our live shows ourselves.  I don’t think it will be too arduous putting it all together.

Has the dynamic between you as a group changed over these years?

Not a bit – it’s lovely and extraordinary really and as with all great friendships you just pick up where you left off.  We have such a shorthand way of talking to each other just based on years of experience together and everything just naturally falls back into place.  It’s really like no time at all has passed – except it has!

In his writing, Mark has tackled the reinventions of some of the most beloved fictional characters of screen and literature. In 2005, Gatiss began penning scripts alongside Russell T. Davies for the primetime revival of ‘Doctor Who’ – a role which he’d continue in for well over a decade, writing for four iterations of the Time Lord.

As Steven Moffat began his tenure as showrunner of ‘Doctor Who’ in 2010, the two writers also started developing a modern realisation of Arthur Conan Doyle’s Sherlock Holmes. The series would become both a critical and commercial success, catapulting its two leads (Benedict Cumberbatch and Martin Freeman) to major Hollywood roles, whilst Gatiss and Moffat enjoyed many award seasons of recognition for their work.

Most recently, his latest reinvention of a fictional character – developed again alongside Moffat – is the iconic blood-thirsty villain from Transylvania – Count Dracula. Similar to the format of ‘Sherlock’ – the upcoming series will consist of three 90-minute episodes – although unlike the detective drama, it won’t be set in modern times.

How far are you into writing ‘Dracula’?

We are quite a long way in and I’m very excited about it. Steven and I went away for an intensive week on the first two episodes and we are going away again soon to work on episode three and then we’ll be shooting next year.

Have you thought about whether there’s a role for you as an actor in that story?

I have thought about nothing else [laughs] – but I don’t know if there is yet. We’ll have to see.

You’ve worked with Steven Moffat on range of projects now, what makes him a great writing collaborator?

He’s one of the greatest, I think. He has an amazing mind and imagination. He’s also really fun and great to be around. If he’s stuck he rings me up, if I’m stuck I ring him up. He always brings something new to the table and he has ways of seeing around corners I think.

You can see from Mark’s filmography – particularly in recent years – that he manages to split his time acting and writing fairly evenly. Whilst being a multi-hyphenate in various projects – Mark has also had recurring acting roles in other major shows like ‘Game Of Thrones’ and ‘Wolf Hall’.

At this point, do you see yourself as a Actor and a Writer, or a Writer and an Actor?

Later in the year, Gatiss will be seen in a supporting role in Disney’s ‘Christopher Robin’ (Ewan McGregor), as well as in ‘The Favourite’ (Olivia Colman, Emma Stone) – a film which is already generating plenty of award-season buzz.

Do you have a particular writing process?

I don’t have a process – but of course I tend to do my best stuff when I’m in the ‘zone’.  If things are working out I can sit at the computer from dawn till dusk and get more done in one good day than I could over three weeks of doing an hour here or an hour there.  But you never know, I was on a plane the other day and maybe it was being in a cut off environment in the dark but I got loads done because I had a good idea which I was able to follow through as the flight passed. I didn’t even watch a film!

What has been the most taxing script you’ve written to date?

Easily – ‘The Hounds of Baskerville’ for series two of ‘Sherlock’.  I called it ‘the bitch’ not ‘the hound’.  Two problems – it’s the most famous one therefore you feel an obligation to do certain bits of the book which you probably wouldn’t feel obligated to do with a less familiar Sherlock Holmes story.  Secondly, Sherlock is not in half of the book and Conan Doyle did that because he knew that if Sherlock Holmes turned up he would say “Ok, who’s got the biggest dog?” and solve the case in five minutes.  You can’t do that because you need to keep the suspense going however we decided we weren’t going to do that trick – you can’t have Sherlock without Sherlock and that became a big problem.  It was essentially how to delay Sherlock from solving the case – that was a very tricky script to write.

With his usual quick wit and charm, Gatiss took part in a Q&A session at the renowned Oxford Union last year. Whilst being met with many questions by a packed hall of Whovians and Sherlockians – Mark also took some time to talk about his feelings on the state of the world. I was keen to see if he could pinpoint the stem of this anxiety.

You’ve spoken over the past year or so about being genuinely terrified by the state of the world. Can you pinpoint the stem of that?

For me it’s people not learning the lessons of history – and here we are again in the same shithole.

Is there one particular thing in the near future that you’re excited about?