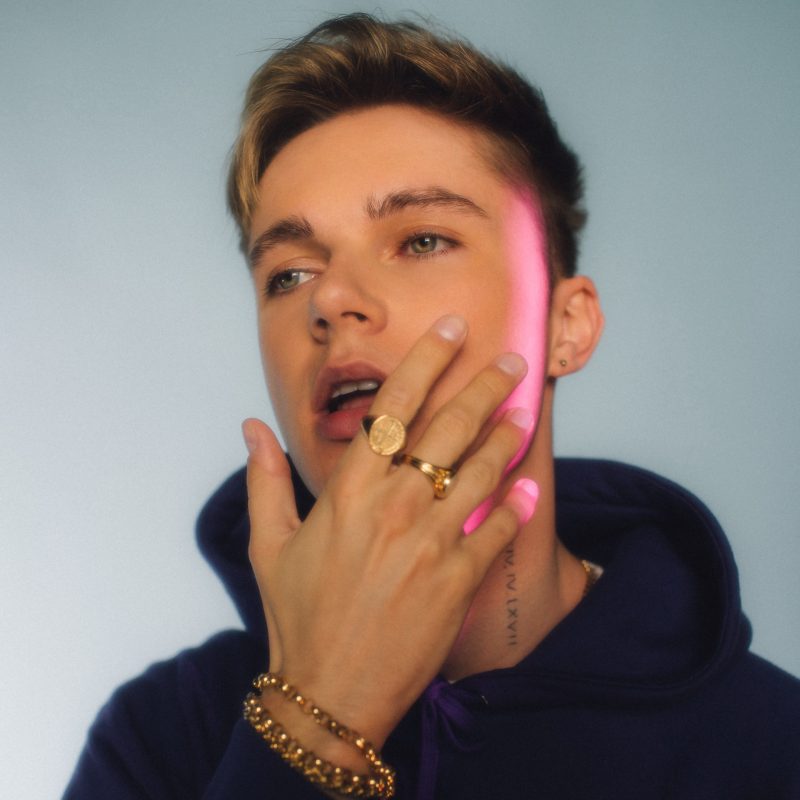 HRVY has just returned with his new single 1 Day 2 Nights.

HRVY played a headline show at The Royal Albert Hall in April and will return to London for two dates at the Palladium this Autumn. He will also be supporting Anne Marie for several shows in August.

We caught up with HRVY to talk about his new work.

AC: Let’s talk about your new single 1 Day 2 Nights. What does this track mean to you?

HRVY – This track means so much to me! It’s the first song I’ve released that’s kind of crossed over into a non-lock down here in the UK. The last 3 tracks I’ve released have all been during lockdown, so now everyone can actually go to clubs and parties and play this song and actually dance with humans that are not 2 meters away.

HRVY – In the studio, I wish I was a little bit more creative. Sometimes I’m scared to venture out because you’ve only got these incredible producers for a short amount of time and you don’t want to try something that doesn’t work! But this year I’ve learned to try new things and not be scared to come out with a song that isn’t that good! Take the good with the bad, you know?

HRVY – In the studio! A lot of people have these moments where they wake up in the middle of the night and voice note a melody or lyrics but unfortunately, I just sleep! I always go into the studio with a blank canvas and begin brainstorming there and then.

AC: You acted alongside Jason Flemyng in your latest music video. Are you open to acting roles in the future?

HRVY – I would love to be an actor one day! I absolutely love acting and loved doing it in my music video! Hopefully, Netflix can offer me something!

HRVY – I love Billie [Eilish], I love Olivia Rodrigo. Both incredibly young artists that have so much success but still seem so grounded. They both song write incredibly and watching documentary’s about their songwriting super inspires me.

HRVY – So much! Every day you learn something new. I think even the most experienced artists are still learning new things. The industry constantly changes and evolves with the times, so something that was relevant or something that worked 2 years ago may not work at all today.

HRVY – Social media is so powerful, it’s shaping the music industry, especially Tik Tok, that’s almost like an alternative radio because young people hear the music first there now. I always get weird messages about fans wanting to see my feet, haha, I even have dedicated fan foot pages

HRVY – I actually don’t. But I do warm up with this weird straw thing that really helps my vocals. I also like some time to myself before I go on stage to get myself in the zone

HRVY – Life’s too short so just go for it, say yes, say no, do whatever makes you happy because we only get one go at life

HRVY – Hearing music from the early 2000s, reminds me of growing up. Certain songs take me back to school and on old holidays I had with my family. It’s so crazy how a song can bring back so many forgotten memories.