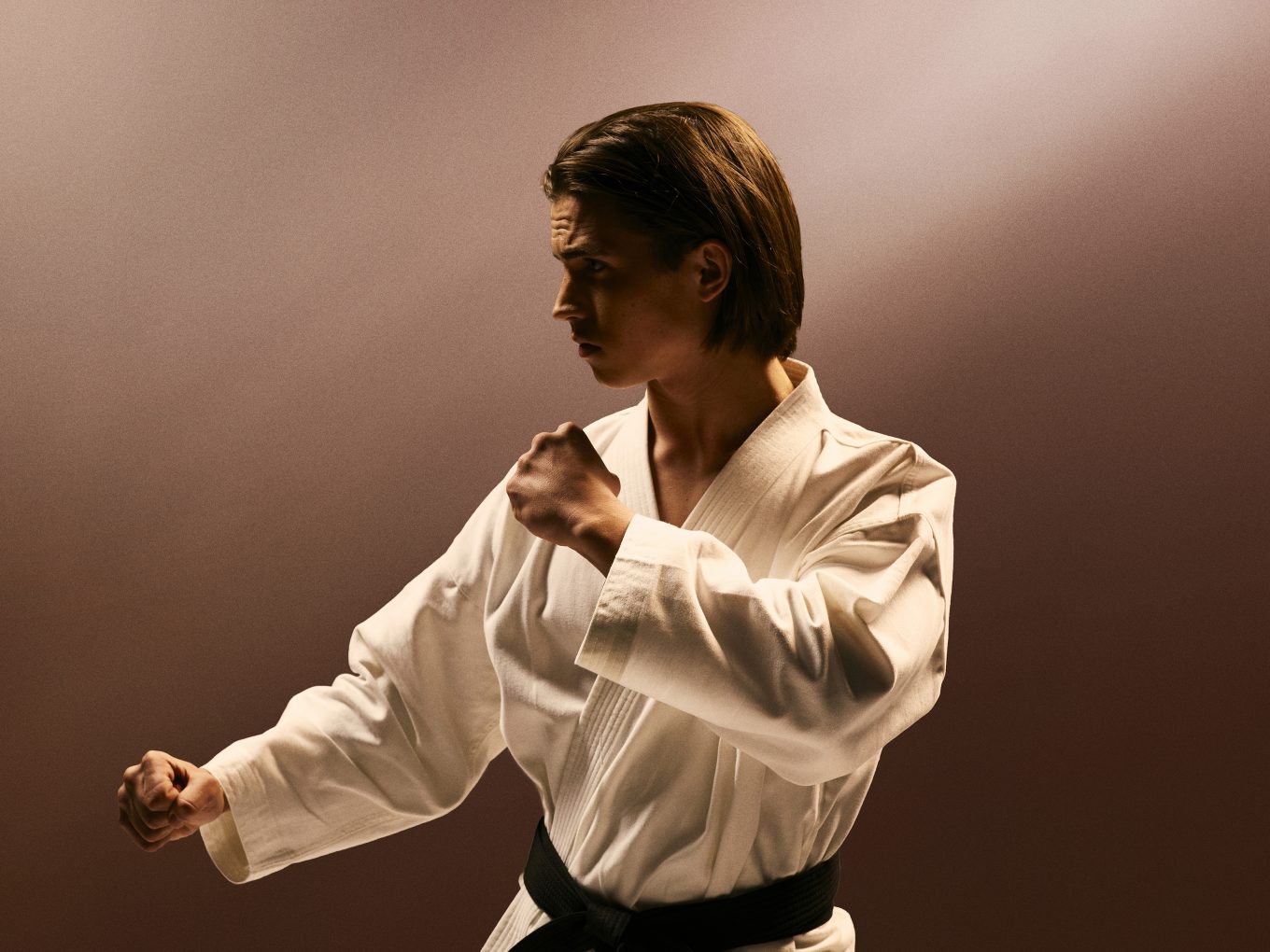 TANNER BUCHANAN: I was first introduced to THE KARATE KID through my mom around the age of five years old but was reintroduced when I got the part and watched all three films before starting to shoot the first season of COBRA KAI.

What initially intrigued me was the fact that this wasn’t just a continuation of THE KARATE KID but the fact that it was a continuation but every character was seen in a different light than before. It was turned on its head compared to the original 80s movie and I loved that.

We have spent countless hours training on-set and off-set, making sure we are ready for whatever our stunt coordinators Hiro Koda and Jahnel Curfman throw at us.

Fans can expect everything they loved from the first season but dialled up to eleven! There are a lot higher stakes this season and the action just does not stop.

I think I relate to my character the most with how Robby is growing up trying to find the right path and I think most people can relate to this. This is why it may make many people feel for Robby and many of the other characters. Knowing that going through life you strive to be a better person everyday but sometimes you make mistakes but you learn from those mistakes and go on with your life.

Everyday is a joy to be on-set and there’s laughing almost after every take so to actually pick one specific time would be so hard and I’ll wrap it up saying everyday always had multiple funny moments.

I think the main thing I’m striving for as an actor is to make every performance better than the last. This is my main goal always, because this will make me strive harder and harder in each project. I also am always learning to find the honesty in each character and create the best performance each and every time.