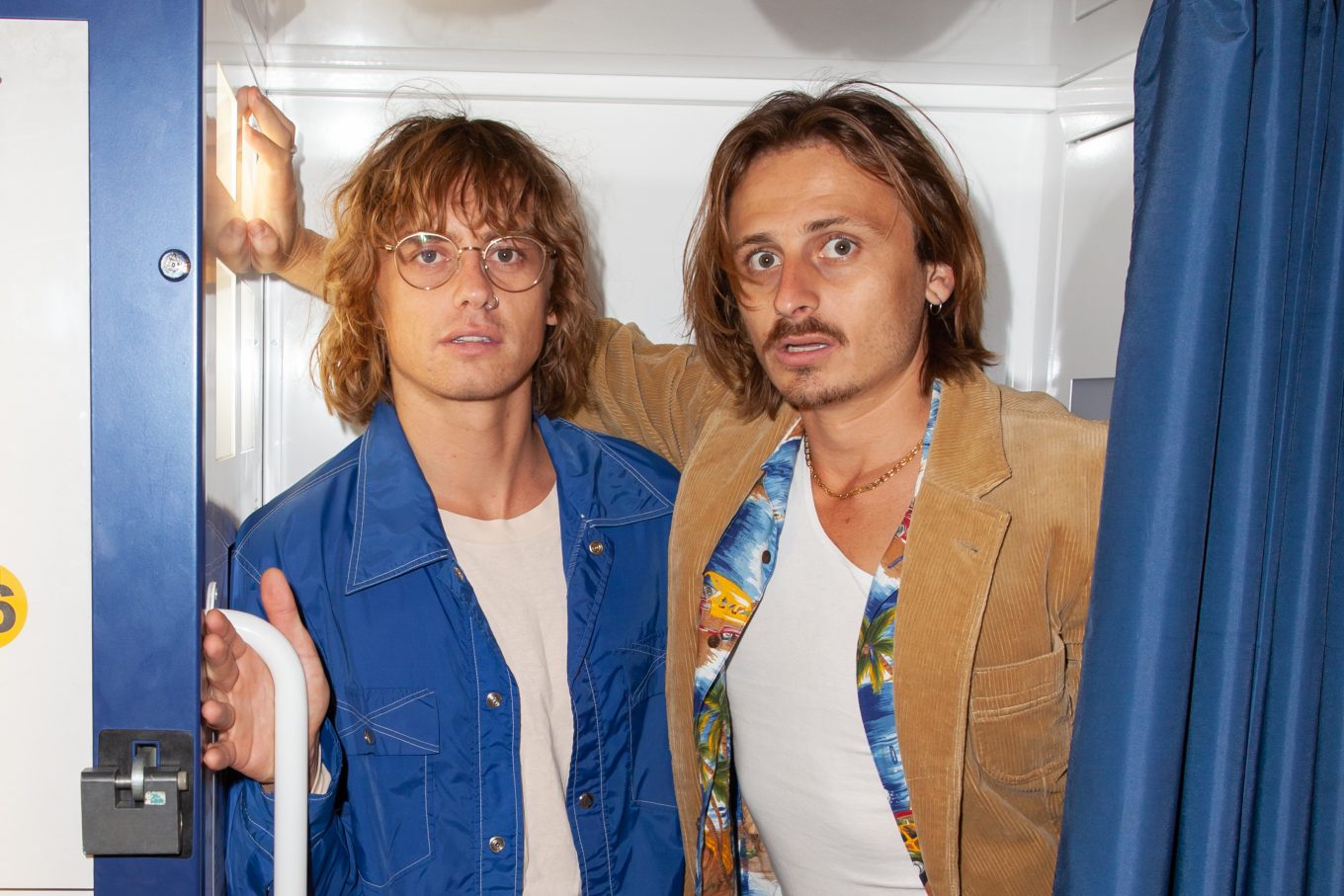 LIME CORDIALE has just announced their second LP 14 Steps To A Better You, which will be released on July 10th. The Australian indie band, comprised of brothers Oli and Louis Leimbach, will be embarking on a 22-date European tour in November and December.

LIME CORDIALE – I don’t think we’re ever fully satisfied. There’s definitely a bit of chasing the dragon when trying to write a good song. Especially when there are a few cooks in the kitchen. When everyone in the room is vibing and on the same wavelength, it always feels like a bit of a win.

LIME CORDIALE – We were offered to jump out an airplane and into a festival that we were playing. I politely declined. I’m scared of heights. I definitely feel a bit of regret in that.

But as an Australian band far away from the rest of the world, it’s definitely been a dream to travel Europe and the states whilst playing music. Conquer the touring world outside of Australia.

AC: Let’s talk about your new album 14 Steps To A Better You. What does On Our Own song mean to you?

LIME CORDIALE – On Our Own is the narrative of a relationship in 3 parts. Finally having the time to be alone with one another, away from everyone else. Then wanting some time to be on our own and having some time apart. Then finally feeling the regret of being on our own, alone and separated.

LIME CORDIALE – Our mum is a musician and a music teacher and dad is a filmmaker so the creative support was definitely very strong. We grew up on a small island in a small creative community so being a doctor or a lawyer was never forced. Our parent’s friends always encouraged being patient in the arts and made it clear that it’s a long road. Their 50ths, 60ths, 70ths were all our first gigs.

LIME CORDIALE – I hear a lot of musicians and writers say they always start with the same formula. Whether that’s starting with the groove or the melody or writing only with vocals and a guitar, or out in the woods or and at a particular time of day but we definitely just love writing from wherever. A sample, recording from a phone, a conversation, Casio drum machine, a bass line, vocal melody, a lyric, a mumble, a hum, at a farm, in the back of a pub, soundcheck. Anything goes. It keeps it fresh for us.

LIME CORDIALE – I feel like we have a lot to learn. How to stay fit and healthy, how to keep relationships healthy, production skills and how to play our new songs right.

LIME CORDIALE – Without gigs, it’s the only thing keeping us alive. We lucked out and had an album and two video clips ready to go before the COVID-19 lockdown started so we are smiling.

But definitely learning how to play songs acoustically for online streams is always fun and challenging.

LIME CORDIALE – At the time, we weren’t thinking about it. It just fell into our laps and we chugged along as a not-so-serious band with that name for about three years before taking seriously. After that, it was too late to think about changing it.

LIME CORDIALE – Touring night after night with only a few hours of sleep can be pretty draining. Our trombone players a lovely positive man that keeps the morale high with a little pep talk. Not a hands in, football game shit but just a little “don’t take this for granted” chat. Little tequila shot too!

AC: What do you want the world to look like in 10 years