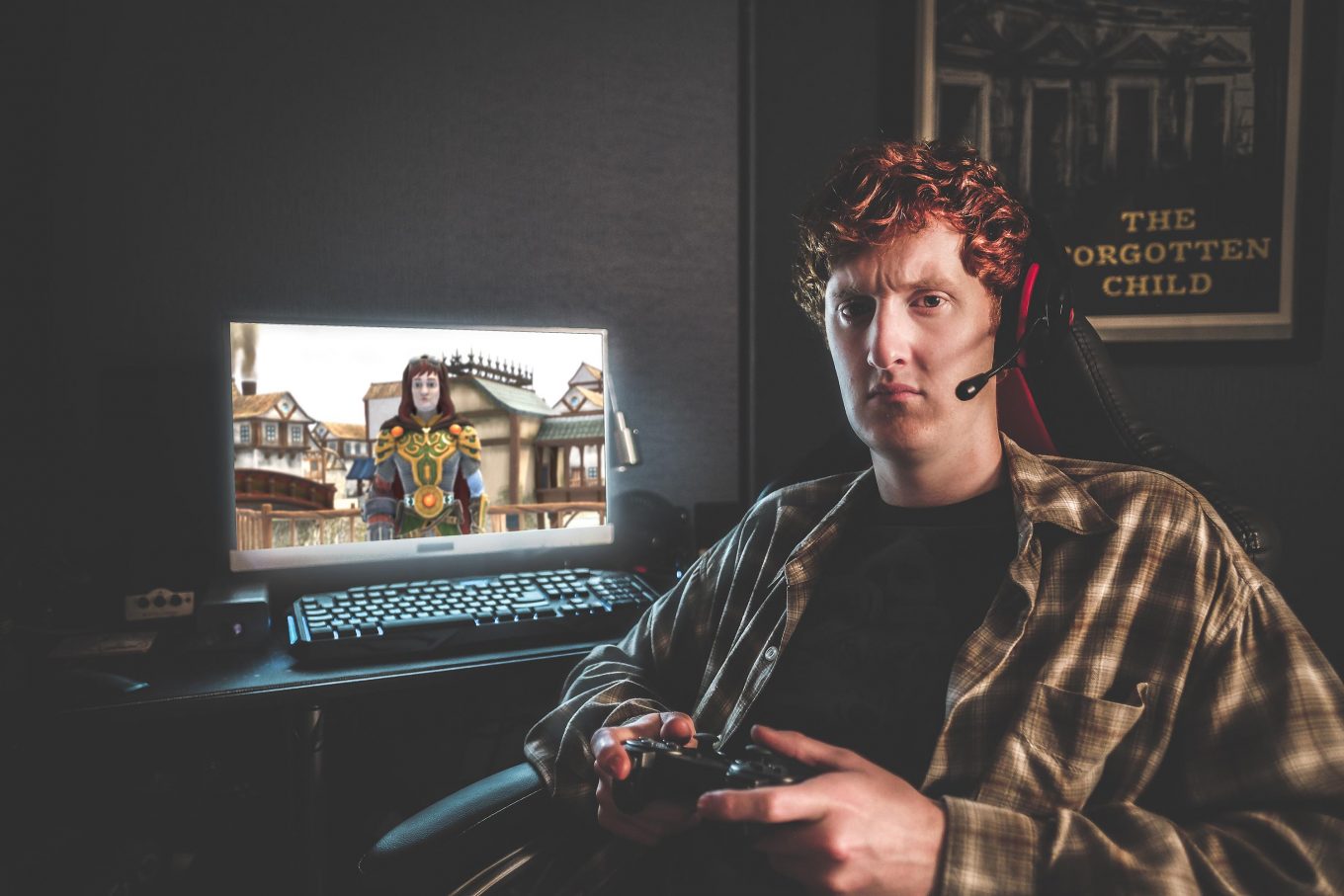 WILL MERRICK is currently starring in the new E4 comedy Dead Pixels. The series is an unusual mix of live action and animation, centering around three bored office workers, who play Kingdom Scrolls, a popular online role playing fantasy game, set in a magical world of wizards, orcs and wyverns.

You may also recognise Will Merrick from his role as Alo Creevey in the third generation of the BAFTA-winning E4 series Skins, or more recently in Poldark as Arthur Solway.

AC: How much experience do you have as a gamer?

WILL MERRICK: I’ve got some solid years accrued on FIFA, and I was a massive fan of adventure games that really came back in with Uncharted. That game plays like a movie, like you’re the lead character – which is appealing as an actor. I’ve also become completely obsessed with this game on my phone which involves catching water in a glass – sometimes the simpler the better.

Do you have a go-to game which you can’t get enough of?

If I could go back and relive playing The Last of Us, I would! Any day of the week. Great times.

How long does your average gaming session last?

A good session used to be like four hours, which I think my character Nicky would see as pitiful. FIFA sessions would depend on whether I was winning or not.

Do you think your character in Dead Pixels sees it as escapism?

I think it’s more empowering than escaping. Moric the Unwavering – Nicky’s character – is very much a real side of Nicky, but potentially the side that is deep within him, which he struggles to explore outside of Kingdom Scrolls. In the Ninth Kingdom, he can be this towering force of strength and heroism.

What did you initially find interesting about the concept of Dead Pixels?

I loved the idea of split realities, neither more real than the other. I also loved the fact we would be doing most scenes from a stationary position at our terminals, mainly because the script was so witty, I couldn’t wait to get stuck into the word play and sort of banter aerobics.

Would you say that the show breaks the stereotypes of gamers?

I think its a more real exploration of what it means to be a gamer. Sure, Nicky and Meg display some classic gamer traits, relatable emotions and behaviour, but it is done by sort of glorifying that behaviour. The team behind the production, our writer, director and producer are big gamers, and these gaming moments, whether it be an almighty lock in of a session, or giving someone else a bit of shit online, is something that any gamer has experienced. I love that Dead Pixels is brave enough to look at sides of gaming and say God, sometimes you stop and ask yourself – what am I doing?. And also say But fuck it, I just found the crystal egg and I fucking love it! I hope gamers feel represented.

In real life, would you play Kingdom Scrolls?

Fuck yeh! “There’s bloody dragons on it” as Russell says. I think it looks insanely fun, especially with a good clan.

What are you excited about for the future, in terms of projects?

I’ve got this thing in development which I’m excited about. But it’s all hush.

The whole series of Dead Pixels is available on All 4