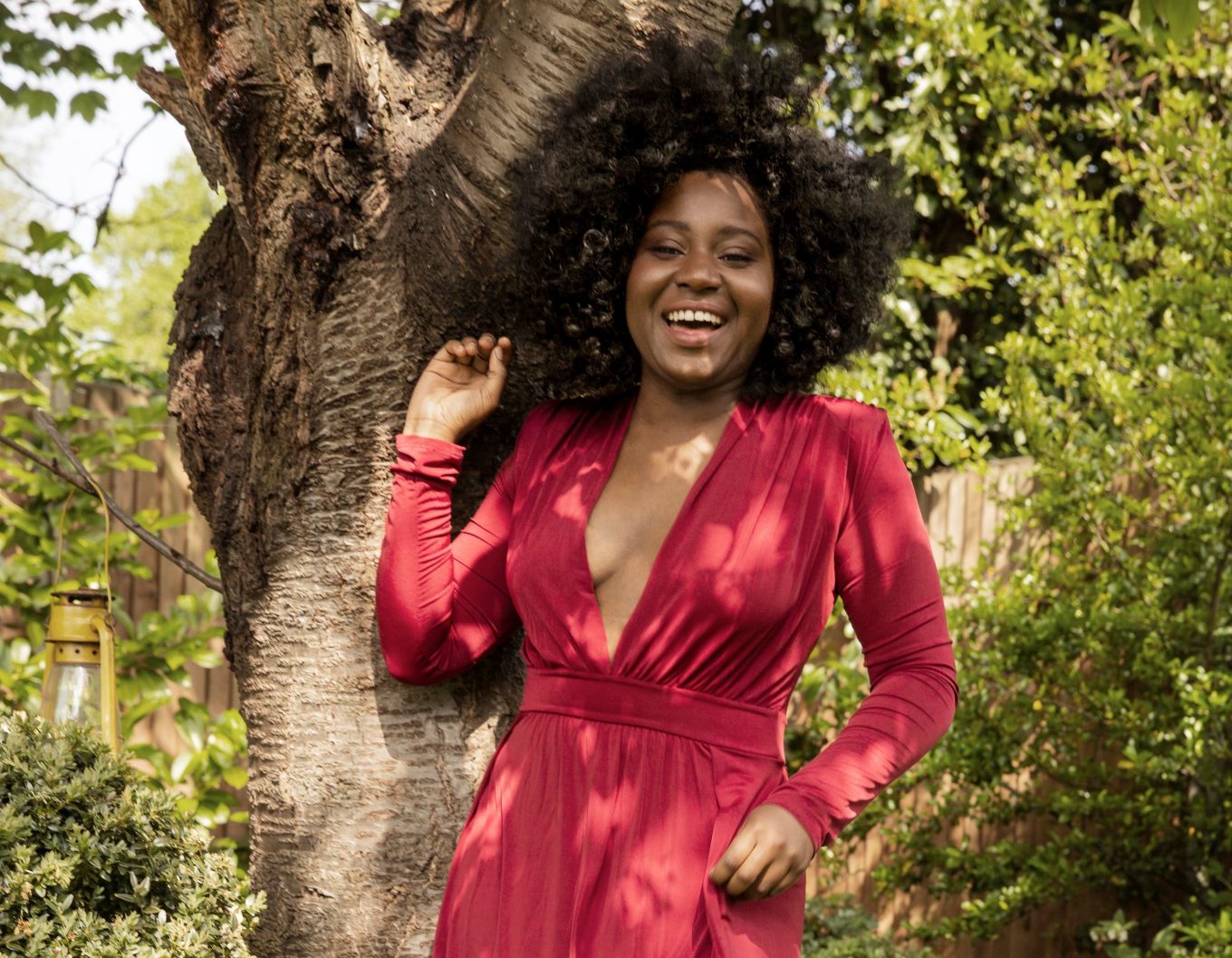 SUSAN WOKOMA is currently starring in Channel 4’s Year Of The Rabbit – the hilarious sitcom follows a group of Victorian detectives investigating a local murder. In the six-part series, Susan stars as the country’s first female police officer.

AC: What can you tell us about your role in Channel 4’s Year Of The Rabbit?

SUSAN WOKOMA: I play Mabel Wisbech – daughter of the chief of police played by Alun Armstrong. She’s desperate to be the first female copper in Victorian England alongside Rabbit (Matt Berry) and Strauss (Freddie Fox) – she can’t get enough of fighting crime and dealing with the East End’s wrong un’s. Then she meets the mysterious Lydia (Keeley Hawes) and joins her secret society and then…well. It all goes tits up in glorious comedic fashion!

How would you describe the dynamic between Mabel and Hugh?﻿

Hugh is stuck in the old idealisms of what it is to be a woman in that era – he wants the best for Mabel but that’s mainly to do with knitting and buying hats! But he’s low key proud that she’s a crime-fighting chip off the old block and knows she could arrest anyone with her eyes closed. Mabel adores her Dad – but like everyone in that station, she’s frustrated that they can’t see her potential. She wants to prove him wrong and make him proud!

What do you think is Mabel’s ultimate goal?

To be the Chief of Police! She’s gunning for Dad’s job!

There was one scene in episode six where Matt, Freddie and I had to be squashed on one side of a carriage. It was an unbelievably tight fit and the moment one person started corpsing (laughing) the other two would lose it. I think it had something to do with being able to feel someone’s shuddering body as they stifled a laugh. I’m a terrible corpser. I was convinced by the end of the day I’d be replaced for being a nuisance!

Do you think there is a correlation between a funny script and a funny set?

One-hundred percent. But it’s a thin line. If you’re laughing at your own jokes and patting yourself on the back, you can lose sight of what it is to get a joke clear and get it right. But an incentive, creatively free set means you can come up with great stuff in the moment. You can be open to little nuggets that you find. Plus filming is long hours – you need joy on-set in order to do a comedy.

None at all! My RADA teachers would be horrified! But Year of the Rabbit is a silly strange gorgeous romp of escapism. There’s a time and a place for research and method acting and hours in the reference section – throwing twenty-nine fake dog shits at your fellow actors is not one of them.

It took a while. I won a CBBC competition to be part of a CBBC conversation show when I was fourteen, so I spent a lot of time at BBC Television Centre bumping into S Club 7 and Lizzo from Newsround! So television was real for me at a young age. But there were so few actors who looked like me that I didn’t think it possible – even when I spent summers doing shows with National Youth Theatre or going to drama clubs. It only became possible when I was delusional enough to just think ‘fuck it’ – that and the support of incredible mentors along the way.

Is there one particular thing you are excited about for the future?

Getting my film Three Weeks made! I’ve been commissioned by BBC Films to write it and am working with a fab production company Dorothy St Pictures on it. Making great funny moving things is what I can’t wait for. I’ve had a taste and when all the right elements and people come together, there’s nothing like it.

You’re also starring in Dark Money on BBC One. With its dark subject matter, it definitely feels like it will get people talking. What can you tell us about your role?

I play Sabrina who has a child with Manny (played by Babou Ceesay) Sabrina is very much on the fringes of Manny’s life and just thinks his family has come into money and made good. There’s also envy there because he puts so much care into his movie star son, over our more difficult naughty one. She also represents the life Manny could have had. They’re very close but with a lot of stepfamily situations, it can get tense.

When were you first introduced to A Midsummer Night’s Dream?

I auditioned like everyone else at the beginning of the year whilst shooting Rabbit. I’m not really that big into Shakespeare as there are so many productions all the time. Playing Bottom – a traditionally male role – was the big draw. That and playing somewhere as stunning as the Regent’s Park open-air theatre. And then working with our director Dominic Hill, who is one of the best directors I’ve ever worked. He’s got no interest in boring distraction power dynamics in rehearsals – all he cares about is telling the story and being as supportive as possible.

Why do you think the play is so evergreen?

I think because it’s so weird. It’s a strange whirling beast of a play. I turn into a donkey halfway through. The weirdos always prevail.

Susan Wokoma plays the role of Bottom in A Midsummer Night’s Dream at Regent’s Park Open Air Theatre until 27 July 2019. Tickets and more information at openairtheatre.com