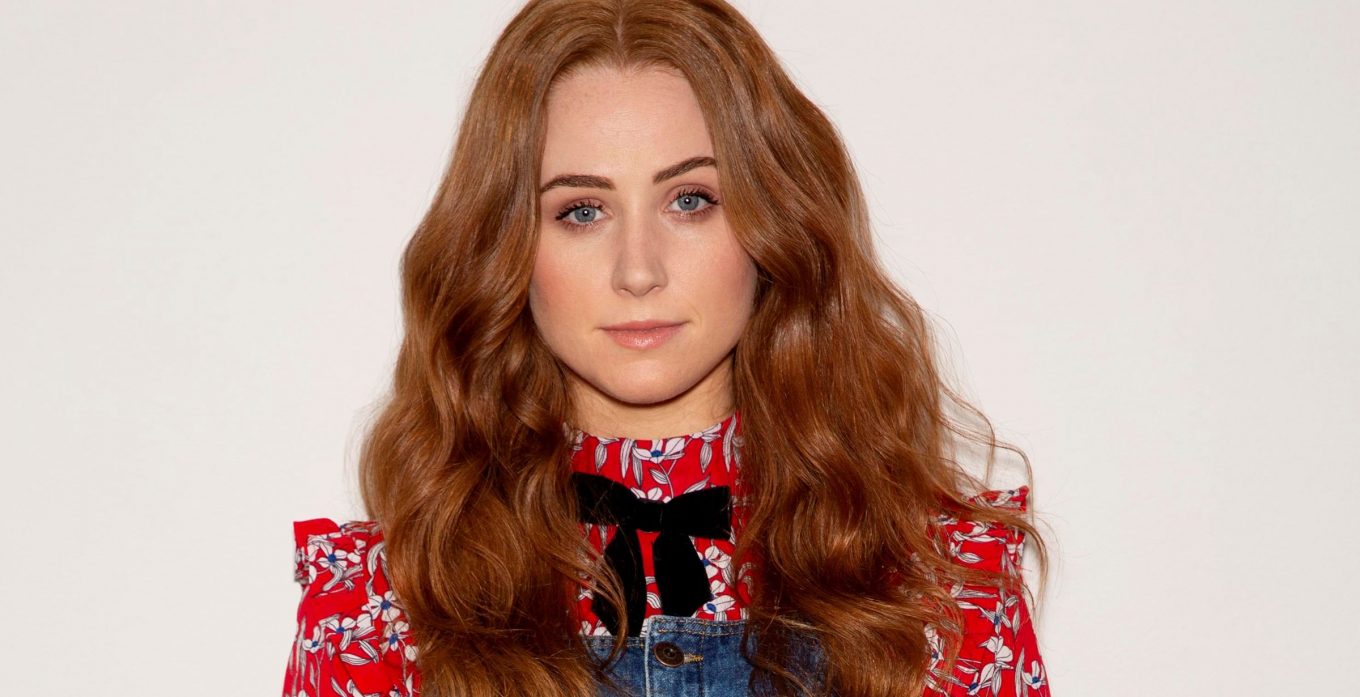 SOPHIA LA PORTA is currently starring in the television adaptation of the beloved Richard Curtis comedy Four Weddings And A Funeral. Based on the iconic 1994 British film of the same name, the Hulu series was written and produced by television titans Mindy Kaling and Matt Warburton.

AC: What can audiences expect from Hulu’s Four Weddings And A Funeral?

SOPHIA LA PORTA: Lots of laughs, a few tears, twists and turns and to fall in love with the characters. There’s such a range of characters, each with something you can relate to. Such diversity through the characters, the relationships, the weddings, there’s something for everyone. I’m proud to be part of a series so diverse.

Zara is the girlfriend of Craig, one of the four American best friends. She totally adores Craig, and he adores her too. In the end, she wins over the hearts of his friends too!

I don’t want to give it away, you’ll have to watch it and see, but I think Zara gets her ultimate goal and more!

How would you describe the dynamic between Zara and Craig?﻿

They are electric, spontaneous, and totally in love. They could be arguing one minute and declaring their love for each other the next. Fun is their number one priority. They are the kind of couple you want to go and party with!

I’ve never taken on such a comic role before and I can appreciate why people say comedy is so hard. It’s all about timing, and not second-guessing if you think it’s funny or not. I learned so much whilst filming and feel much more confident to take on the next comedy role!

Honestly, I’ve never laughed so much in my life whilst filming. Every day was a funny moment. There were many moments where I’d have to try my hardest not to laugh mid take! We also had a very funny crew who were always making everyone laugh. I’ve come away with more laughter lines than I think I want!

Are there any subtle references in the new series which point to the film?

There are some great Richard Curtis references. One, in particular, I’m very excited to see…but you’ll have to watch until the end of the series as I don’t want to spoil it!

To not listen to voices of doubt, to stay confident and bold in choices. I often second guess myself and can get quite inside my head. There simply isn’t time for this on-set, you’ve got to have guts and gumption, and go get it. This is something that playing a character like Zara really helped me with, she is the definition of ballsy!

When I don’t want to stop reading it. I have to finish it there and then.

I’m currently writing my own comedy series so I’m excited to finish that and hope to get the pilot filmed and that people find it as funny and as relatable as I do!