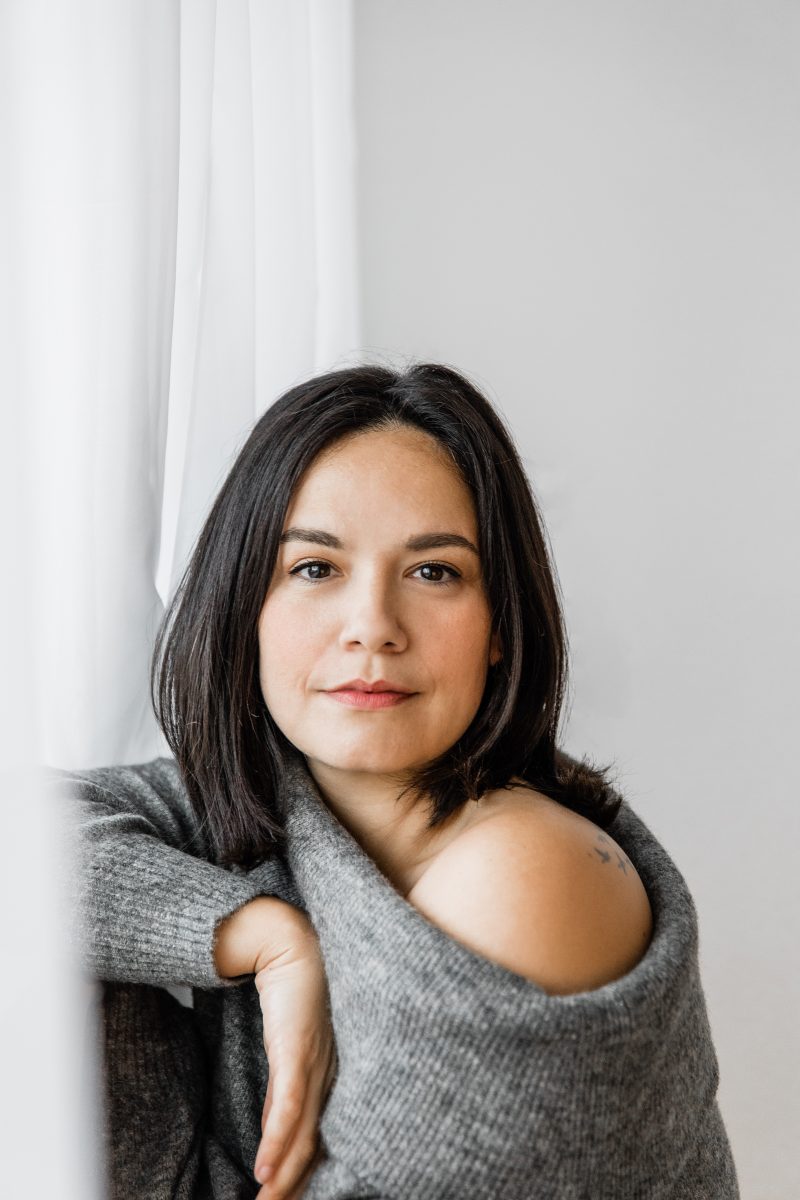 Resident Alien follows the alien as he crashes on Earth and hides in a remote Colorado mountain town, After assuming the identity of the town doctor “Harry” his nefarious mission is threatened when he realizes one of the townspeople, a 9-year-old boy, can see his true alien form.

AC: What can audiences expect from Resident Alien?

SARAH PODEMSKI – It’s a very funny show, totally ridiculous, but also really heartwarming, and tackles so many layers of what it means to be human!

SARAH PODEMSKI – Kayla is Asta’s cousin, a voice of reason, and a huge support for her. Asta is caught up in so much, and Kayla is a grounding force for her. She is also there for Asta at a pivotal moment.

SARAH PODEMSKI – There was a lot of improv! Sometimes one of the actors would say a line in a new way. It would be so insane, and we had to stay in the scene, and not react. There were so many funny moments, it was so much fun to work on this show, it’s nice when you get to laugh all day at work!

SARAH PODEMSKI – So many things! It’s a never ending journey to be authentic; trying to give a voice to a character that someone took so much care in crafting and writing. It’s a fine balance of honouring what’s on the page, and bringing your own specific voice to it!

SARAH PODEMSKI – I can usually tell when I disappear into a world and have an emotional journey with the characters, that this is a great script!

SARAH PODEMSKI – I actually showed up at an audition with my older sister, and they were casting for the same role as her, but 5 years younger. We both ended up getting the job! I was 11 and hadn’t really thought much about a career in acting, but after that experience on set, I was sold! It’s an insane career though, its feast or famine a lot of the time, and I actually still think sometimes, can I continue in this career? And just as I’m thinking it might be time to focus on something else, I book a great job, and I get sucked back in!

SARAH PODEMSKI – I do a lot of work to bring awareness to Indigenous issues, in the media, but also to the community at large. We are the most underrepresented community on all levels, but over represented in the prison system, child welfare system, and in violence against women. In 10 years, I want to see these systemic issues addressed and our perspectives valued and listened to. Our values and practises in land and water protection are something we have been practising since the beginning of time. We have so much to offer on environmental and community issues. We created democracy, that’s something that isn’t widely known. And we are the original storytellers, so whether it be in film and television, or politics, I’d like to see further integration of our culture and values.

SARAH PODEMSKI – This last year I’ve started to invest my time in social media. It was never important to me before, but I realized it can be a tool to help open people’s minds on topics that need attention. It really was the Black Lives Matter protests and the awareness about racism coming to the forefront that got me excited to be a part of the conversation. For me specifically, it inspired me to bring awareness to Indigenous issues, and systemic racism, and trying to have a conversation on topics people don’t see in mainstream media. I am learning so much from the BIPOC community and feeling seen and validated for the first time in my life. Things I have faced as a mixed Indigenous and Jewish woman are being spoken about openly, and it gives me hope that we can make real progress from sharing our stories, and listening to other peoples’ stories.

SARAH PODEMSKI – Oh man, this was a tough year. I feel like everyday I had a new realization! One that sticks with me is my grandfather’s passing. He was a holocaust survivor, and he endured so much tragedy and trauma in his life. But he always had a smile, and always welcomed everyone with excitement, and love. He was able to live with that darkness, and have so much joy. He passed that on to his family, and amidst all the trauma, we have to remember that there is so much joy to be had, and so much love if we choose to see it.

SARAH PODEMSKI – Music. Music brings me back to such specific times in my life, I can close my eyes and be transported to that moment. My husband and I were living in Los Angeles before the pandemic, and we moved back to Canada, and we’ve been living with the cold and snow. We often play this Steely Dan album that we listened to in LA, and I am transported back to the sun and remember the vibrancy of the city before everything was shut down. It’s a great way to time travel; put some music on that takes you to a memory, close your eyes, and enjoy!