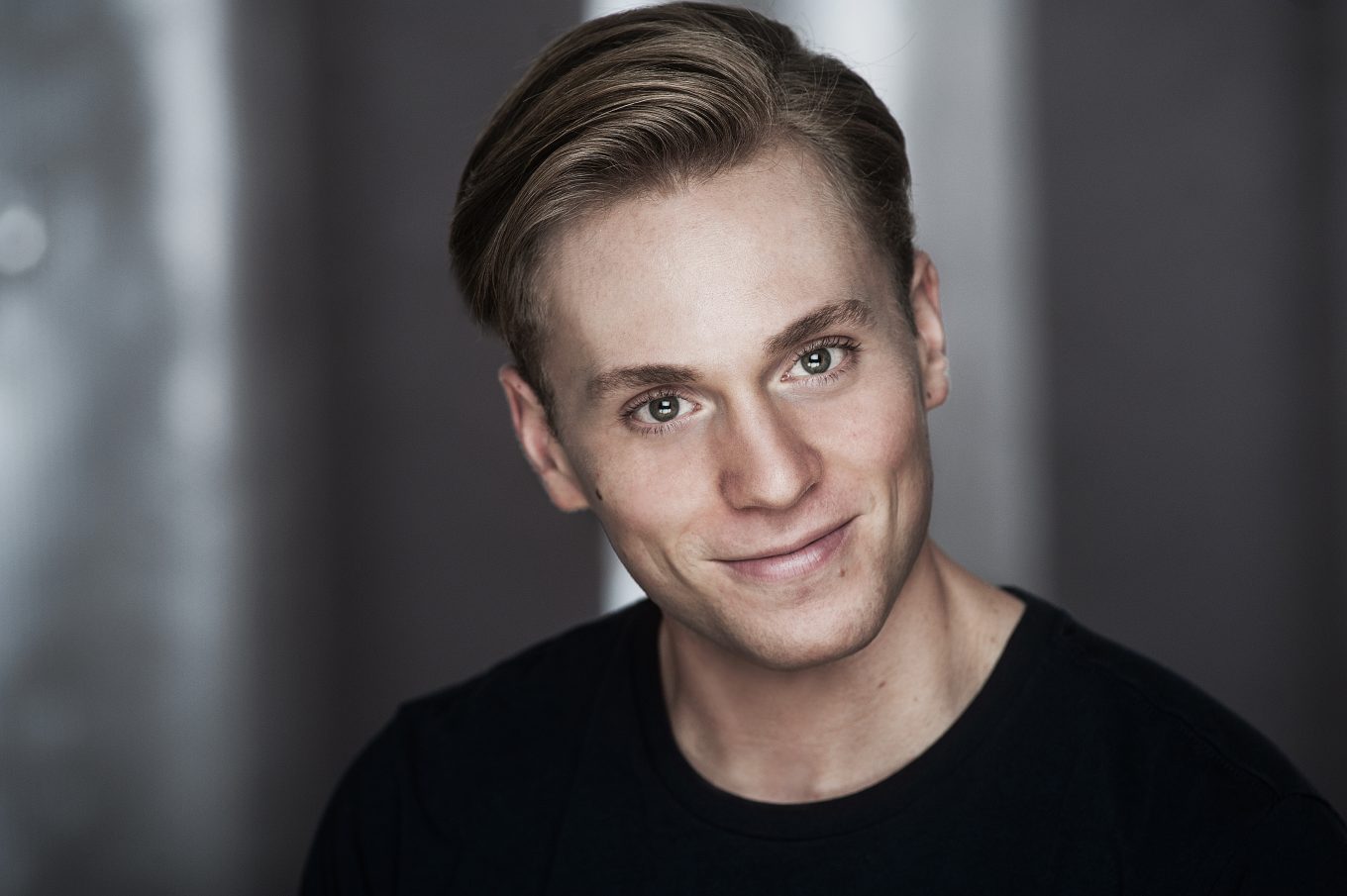 RYAN TAERK is starring as Boris McDougald in the new comedy series The Communist’s Daughter on CBC Gem.

The Communist’s Daughter follows Dunyasha McDougald, the daughter of two happily married communists who struggles to fit in at a new school – while trying to uphold her family’s outdated beliefs.

Ryan’s character Boris is Dunyasha’s younger brother who is named after a member of the proletariat in a Chekov play. A little Alex P. Keaton in the making, Boris is the black sheep of the family and doesn’t always see eye-to-eye with his book-smart father and younger sister.

AC: What can audiences expect from The Communist’s Daughter?

RYAN TAERK – Honestly, the show is full of so much heart and laughter! I think we can all find aspects of ourselves in each character, and their journeys on the show. My personal favourite part of the story was the eventual acceptance of different belief systems within a community, and seeing what family can do when they stick together.

RYAN TAERK – Boris is definitely the rogue one of the McDougald family. He loves North American pop culture and the ideals of capitalism, which are in direct conflict with everything his family believes in. Throughout the course of the season, you will see Boris find himself in a lot of situations where he struggles with being a part of a communist family while growing up in the height of the 80s capitalistic boom.

RYAN TAERK – I think my character’s ultimate goal on the show is to get his father’s approval. Since Ian, Boris’ father, has a very polarizing communist ideology, and his son has such progressive capitalist views, there is a lot of friction, but underneath all of their antics and differences, there is such love beneath the surface.

RYAN TAERK – The entire season! Haha! I wish that there was a camera capturing the fun and laughter that took place in-between the scenes. It was so much fun getting to work with such great comedic actors. I would find myself breaking character and laughing because of my brilliant cast-mates’ improvisations. I have been told that there is a blooper reel somewhere, and if it were ever shown, you would see me having trouble catching my breath because I’m laughing so hard. My favourite moments on-set filming would probably be all of the dining room scenes with my co-stars, Sofia, Jess and Aaron. Our director, Leah Cameron, gave us a lot of freedom to try things with our characters, and we all had so much fun exploring that. I’m grateful that I have been able to work on a few sets now, and I can honestly say that this one was very special.

RYAN TAERK – I am a big believer in growth mentality; I like pushing myself to take on roles that take me outside of my comfort zone, despite the little voices of fear that can creep in. I feel like the experiences that actors go through getting to be different characters shines a light on lessons that we ourselves can learn from/incorporate in our own lives. Acting has always been a great teacher for me.

RYAN TAERK – As an actor/writer I find myself reading scripts from two perspectives. As an actor, if my own emotionality changes based on a character’s journey then I am excited about that script. As a writer, I always admire any others that put ink to paper or fingers to keys, but I feel as though if your characters are fully developed, the story has an emotional life to it that is undeniable. When I see the creative use of dialogue or the setting being a stand-in character that influences the story as a whole, I admire the writers that can do that.

RYAN TAERK – As long as I can remember I always loved performing and creating characters. I would always perform skits/shows for my family and friends as a child. The joke among my parents’ friends was that when they came for dinner, they would have dinner and a show. I credit Disney movies and Saturday Night Live for inspiring me to play pretend. I also credit my parents for giving me the freedom to dream big! I remember asking my dad at nine years old, referring to acting, “What is this thing I do?” He said, “It’s called acting. People who do that are actors.” I asked, “Can you make money doing this?” He said, “Yes, if you work hard.” From that moment on I was committed, and I started telling people that I was an actor.

RYAN TAERK – In 10 years, I would love to see the world operating in a much more loving way. I feel like there is so much division in the world, and for future generations, I wish that we leave our world, a much happier and loving place. I wish that our society realizes that there is much more that unites us than what divides us. I feel like we will be able to do incredible things as a global community if we lead from a more loving place.

RYAN TAERK – I believe social media has always been an incredible platform for people to connect, especially right now. In my opinion, social media has always given us the opportunity to bring people together as opposed to feeling so far apart, when used in an uplifting way. When it comes to my acting and music work, it’s been great to interact with people that have resonated with that work. During the pandemic, social media has become a space of human connection, and I love that. I feel like human connection is really important, and if used wisely, social media can bring about great change and be a platform for good and inspiration.

RYAN TAERK – I think the biggest realization that I’ve had from this past year is how sacred family is. I come from a very big and close family, so if my family is reading this, they are probably thinking, “What are you talking about? We are super close? Why was this so surprising for you?” But, at the beginning of quarantine, I had just returned to Toronto from spending the first part of 2020 in LA. I didn’t realize how much I had missed my family while I was there until I had spent a week back home. Aside from being family, I work with my siblings on various projects, and in my opinion, getting to live with the people that you work with has been such a gift. It has fostered a lot of creativity and put a lot of things in motion during this time. I am very grateful that I have been able to bubble with them.

RYAN TAERK – Listening to NSYNC in the summer. That band was the soundtrack of my childhood, and I would be in full approval of a reunion tour!

RYAN TAERK – I am most excited to be able to travel a bit more freely again. I have missed traveling so much! I feel like getting to travel to various countries and immersing myself in different cultures is such a gift. With that experience, I feel like I am so much more aware and appreciative of society’s progress, and excited to see where it’s going!