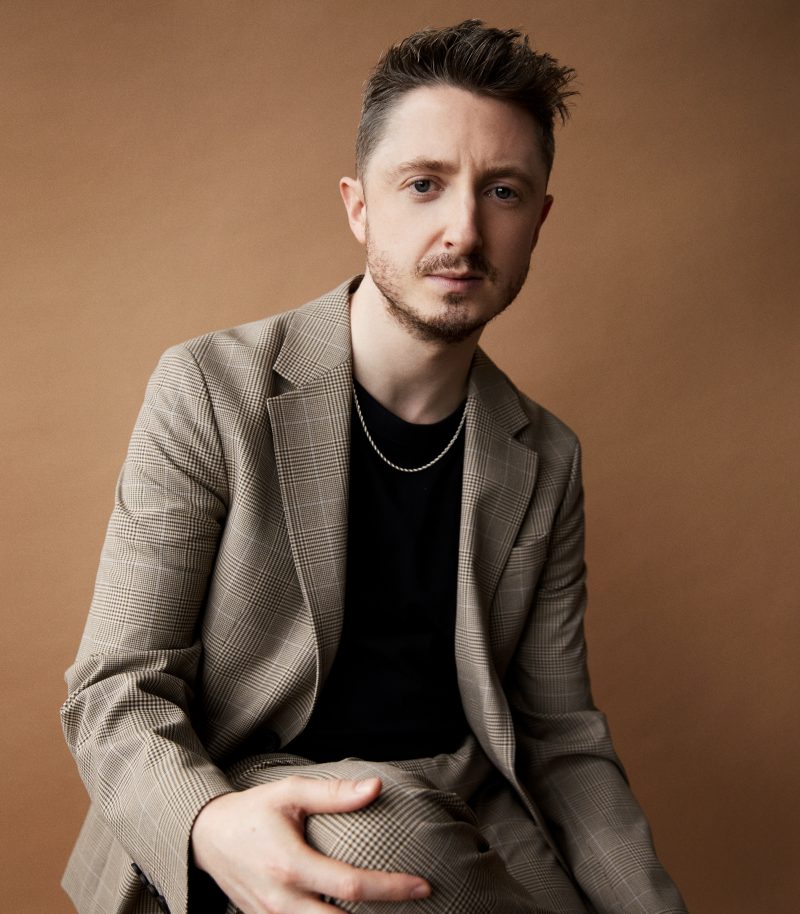 RYAN McPARLAND is starring in the new Halo series on Paramount+.

Dramatizing an epic 26th-century conflict between humanity and an alien threat known as the Covenant, Halo will weave deeply drawn personal stories with action, adventure, and a richly imagined vision of the future.

We caught up with Ryan McParland to talk about his new role.

AC: What can audiences expect from Halo?

RYAN McPARLAND – An epic sci-fi adventure I think. Something incredibly beautiful. We hope everyone will enjoy it and as much as we enjoyed making it. It’s such a privilege to be a part of this world and I’m also super excited to see it. There is such an expansive landscape that exists within our story that we hope will appeal to both fans and newcomers to the franchise.

RYAN McPARLAND – Unfortunately, I cannot say too much about that. People will have to tune in to find out. I am playing an original character though. Someone who isn’t in the video games or the books. I think I’ve narrowed it down!

RYAN McPARLAND – Adun loves his plants, always making sure they’re watered and looked after. That’s maybe as much as I can say.

RYAN McPARLAND – Many. Everyone on the show had such an awesome sense of humour, we all laughed a lot. It was an incredible group of people that worked on the show. I’ve made some friends for life.

AC: Were you a fan of the video game series?

RYAN McPARLAND – I knew of it when I was in high school. I remember some of my friends had it on the Xbox but I never played it personally, I was a Playstation kid. It was incredibly popular at the time and has remained so for the last 20 years. I’m an avid gamer myself so to be part of something like Halo is beyond my most imaginative dreams. It’s a real honour to be a part of it.

RYAN McPARLAND – Everything. You never stop learning in life. I’ll never know everything and that’s what keeps me motivated. I’m always working on accents or improvising, be it when driving in the car or outside kicking a football around. I think it’s important to try and keep sharp even when you’re not working. That’s why I’m indebted to work in the theatre. I always felt sharper when I’d just finished a play. I read a lot and watch a lot of films. I’m always trying to educate myself on new directors, new work, older work. Work that played in only a handful of theatres. It rarely feels like work because it is my passion in life.

RYAN McPARLAND – Honesty within it. Truth. Edge. Vulnerability. All the things that make us feel alive. Maybe you connect with the world in a certain way or maybe a certain character says something – and you think, wait a sec, this is interesting. I want to know more. And so naturally, curiosity takes over. You keep reading and reading. And before you know it you’ve forgotten to put the bins out.

RYAN McPARLAND – I never did I don’t think. I come from a working-class background in Ireland. One never thinks that such a career is possible growing up. I never knew any actors, I never had family or friends in the industry. I took a leap of faith aged 17 and dropped out of school to pursue my passion in life. I guess at the time I didn’t think too much about it.

I had incredible support from family and friends and their belief in me. It kept me going. I started out working in the theatre in Ireland and learned on the job so to speak. I couldn’t afford to go to drama school so I didn’t have many options at the time. I hope my story will inspire other young people, that they too can pursue and sustain a career in the arts.

RYAN McPARLAND – I’ve never been that big on social media, I’m a private person, but I do see how it can connect you to people from all walks of life. You catch a glimpse into people’s lives like never before, but I don’t know why people would be interested in what I eat for breakfast.

RYAN McPARLAND – That I need to do more mountain climbing. I need to explore more. Go to the countries I’ve always wanted to visit. Go to more football matches. I think being in nature more. That’s always been important to me, our environment, and being more conscious of our planet. I am already but I feel as though I can do more. Protecting our animals also. No animal should suffer cruelty.

AC: Everyone seems to have an app idea at the moment, what’s yours?
That is an absolutely great question, but there’s a reason why I’m an actor and not an entrepreneur or developer!

RYAN McPARLAND – Life in general. Past roles. I miss some of those people. I’m very self-reflective in general. You always hope that you’ll feel like that again. The excitement, the buzz, the euphoria. Growing up, playing football with your friends. Finishing school on a Friday. Knowing you’ve got soccer training that evening. I miss all these things. Remembering my dog as a kid. Playing football after school. My time in the theatre. Having just enough money for a fizzy bar after school. Just growing up. Going to the movies as a kid. Being totally transfixed. It’s a wonderful life…

The first episode of Halo premieres on March 24th exclusively on Paramount+.