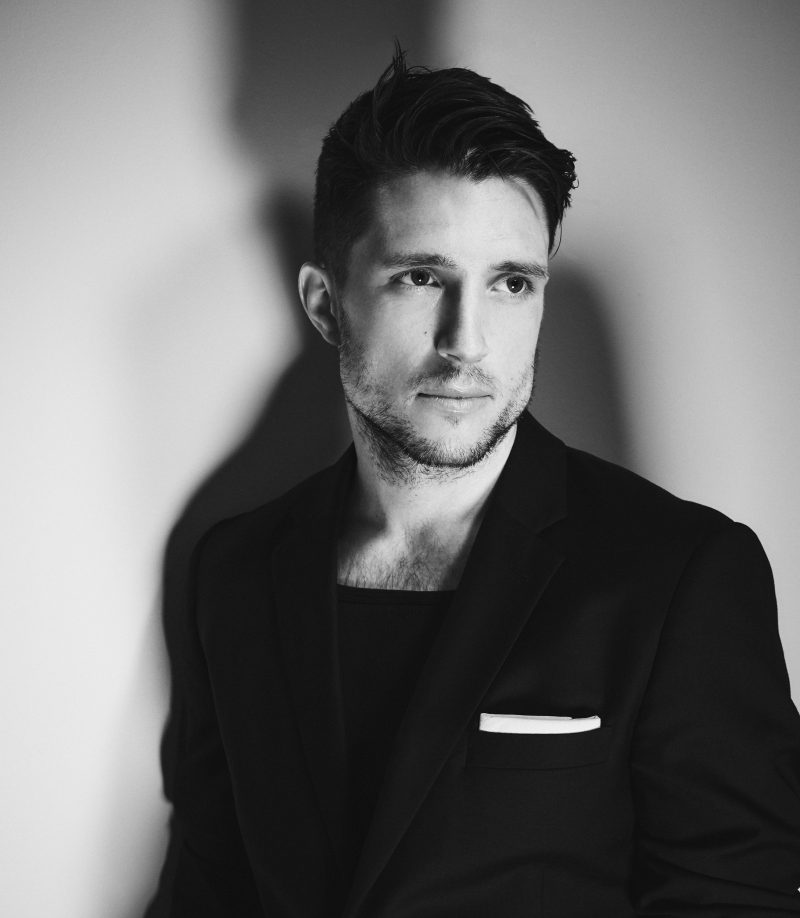 RYAN BRUCE can be seen in Lifetime Network’s drama Amish Abduction. The film follows the story of an Amish wife and mother whose husband leaves their family to live among the rest of society, however, things turn upside down when he suddenly reappears demanding custody of their son.

Ryan can also be seen starring in the upcoming film Let Him Go, scheduled for release in 2020, alongside Kevin Costner and Diane Lane. The film follows a grieving sheriff and his wife, mourning the death of their son (played by Ryan Bruce), who set out to find their only grandson.

AC: What can you tell us about Amish Abduction?

RYAN BRUCE: It is a made-for-TV dramatic thriller about an Amish woman fighting to keep custody of her son when her husband decides to leave the community. Oh, and he’s wildly abusive to her. So…that.

Thomas’s purpose as a character in the story was fairly simple, to help Annie find her son and so I wanted to keep the character fairly pure in that aim. The complication comes when he starts to fall for the woman he is helping, who also happens to be his sister-in-law.

Can you tell us any funny stories from on-set filming?

There’s a scene in the movie where my character is struggling to eat with chopsticks for the first time. During the shooting of it, I got a bit wild with it and the director had to guide me back to not shooting chunks of chicken across the table at Sara. Apparently, we weren’t shooting a comedy, who knew? At some point, a New Zealand accent also became the favorite way of conversing amongst the cast. Everything is funnier in a New Zealand accent.

In preparation for the role, did you do research into the Amish?

I’m from the prairies so I’ve spent a great deal of time on farms and around farmer mentality. Specifically spending some time working within a Mennonites community as an outside plumbing contractor, so I started there as a base reference point from my own personal experience and then began reading whatever I could find at the library and online. There’s a number of interesting stories of people’s experiences leaving such communities.

Was there an area of your research that particularly surprised you?

Finding a show called, Amish Mafia. If you haven’t seen it, do yourself a favor. Highly addictive if your into that style of ‘reality’ show.

As an actor, is there a fear you’d like to conquer?

I’d like to do a musical one day. I think that would be a massive challenge for me. Singing and complex choreography would both be a great challenge and incredibly rewarding. Connecting the body the voice on such a large scale would be exhilarating and terrifying all at once. Maybe a Sinatra Biopic?

What are you still trying to learn?

So many things. Mainly how to be a more aware and centered person, so that I can better handle the challenges of life that always seem to appear and slap me around a bit whenever I get too high on my horse.

Next year, you will star in Let Him Go. It’s a great cast. How much can you tell us about the project and your role in it?

Not much, as of yet, unfortunately. Got to wait for the all-clear from Focus Features before that can happen, but I think they’re getting close to locking down their release date as post-production is nearing completion. I can tell you it’s based on a novel by Larry Watson and I can tell you that it was the most professional production team I have ever got to work with. Not many movies are done right in my opinion, or at least the ones I’ve got to work and heard my peers talk of. This one was and I am grateful to have been a part of it.

What was it like working with the director, Thomas Bezucha?

He’s an incredibly kind and giving director and also a very talented writer. He was open to the actor’s interpretation and always there to support them in their quest to find truth in the moment. Hands down one of the best people I’ve got to work with on-set.

Like most good things, you don’t put it down. Let Him Go was that.

Just recently, there’s been a lot of debate around CGI castings and resurrections of actors using artificial intelligence and ‘DeepFakes’. How do you feel about this as an actor?

Secondly, how do you know that James Dean would even say yes to your project? A little presumptuous, no? He might not be interested in the story being told and maybe even have a problem with the larger moral repercussions of putting it out into the world. He also might not want to be viewed in the light you have decided to shine down upon him.

I think the conversation is, at its base, about consent and you can’t get a dead person’s consent. So, therefore, I’d say it’s simply a no go.

Tell us about Saskatchewan in Canada. What was it like growing up there?

I loved growing up there. I grew up in a safe, middle-class neighborhood and was free to roam around on my bike with my friends from sun up to sundown, a glorious thing I wish all kids had. It was a place where you were raised not only by your parents but by the community on whole and because of that I had a great many influences growing up and it made me a more well-rounded person than say if I lived in a place that wasn’t safe enough for me to roam freely and raised instead by overworked parents and characters on a TV screen. It’s a place that is proud of its work ethic and ability to survive in the unforgiving winters and difficult economies that are too narrowly built on the natural resource and energy sectors that are feast or famine. It is the place that still defines me most as a person and I hope to tell many stories about it in the years to come through my own filmmaking and writing endeavors.

How are you finding the transition to life in Los Angeles?

Los Angeles is a pretty easy place to get along with for the most part. It’s warm and easy-going and there’s so much talent around that it can be an inspiring place to be. It also has a dark and cutthroat side to it as well that always seems to be just around the corner, as you don’t have to look far to see what happens when the dreams die and the crowds move onto the next hot thing. To me it’s like a party drug when you’re high it’s the best place you’ve ever been but God helps you when you start to come down. It’s a place where you’ve got to keep a vigilant watch on your own mental health, especially in the fickle industry that we find ourselves in as performers.