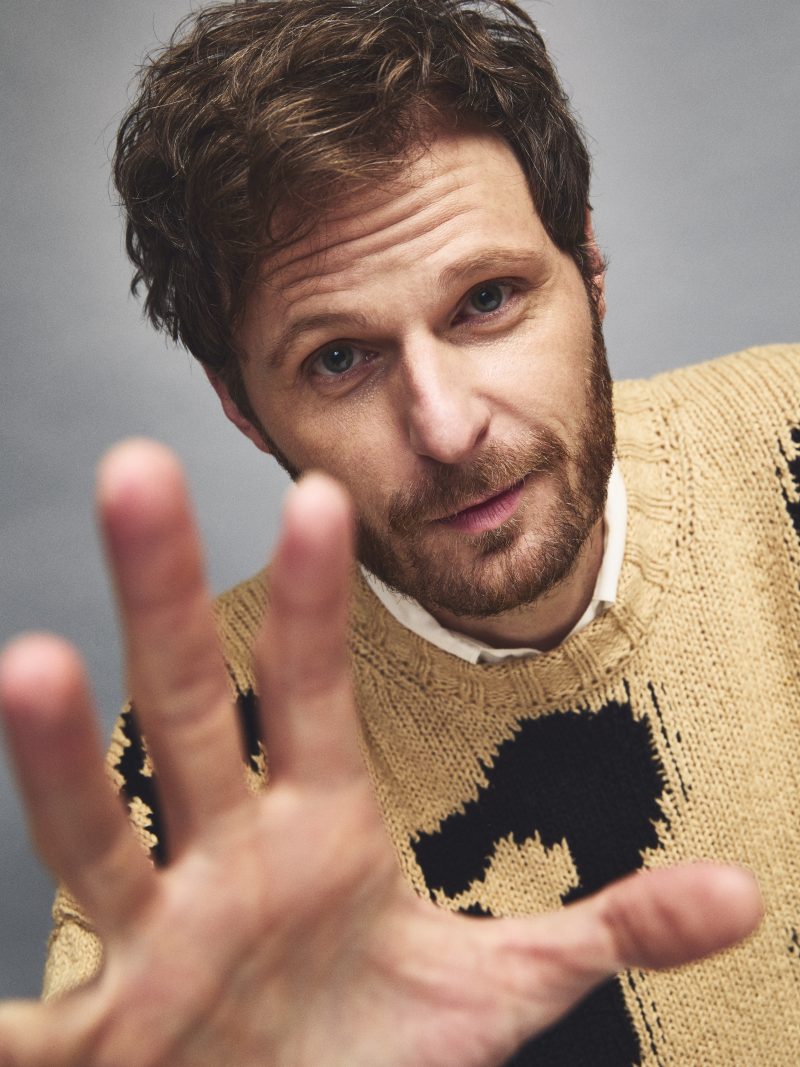 RUPERT YOUNG is currently starring in the second season of Bridgerton.

We caught up with Rupert Young to talk about his role.

AC: What can audiences expect from Bridgerton?

RUPERT YOUNG – Glorious regency romance stories based on the Julia Quinn novels. Following the eight Bridgerton siblings looking for love and happiness. This season is Anthony’s story and his relationship with Kate Sharma. We also meet all the other families of the Ton and experience the highs and lows of Regency London.

RUPERT YOUNG – I play Lord Jack Featherington who is the new heir to the Featherington estate who has come over from America to take up his position as head of the household.

RUPERT YOUNG – His ultimate goal, when he arrives, is to marry someone wealthy and to settle into the Ton as a rich member of society. When that fails it is to get as many investors for his Ruby Mines in America.

RUPERT YOUNG – Pretty much every day filming with the Featherington family was incredibly funny. When Prudence and Phillipa are together in a scene it was so hard to keep it together. It was also really hard to not laugh with Martins when I had scenes with him. My character is such an arsehole to his that it was really difficult to get through the scenes.

RUPERT YOUNG –  Every time I step on set or on stage or into a rehearsal room I am constantly trying to learn. The beauty of the job I do is that I constantly get to work with different actors and directors and pick up tips and ideas and watch them work. I love getting advice or ideas as I always see acting as a collaborative process and you never know where the best idea is going to come from. I am currently in a year-long run of a show (Dear Evan Hansen on the West End) and I love how our performances have grown over time and that we get to constantly tweak things and try to keep things fresh and truthful after 300 or so performances.

RUPERT YOUNG – It’s so exciting to read a phenomenal script. I always start reading with an open mind but it’s only occasionally you get completely swept up in it and can’t put it down. You find that you are completely immersed in the story and emotionally connected to it and want to know what happens next. There are so many incredible writers writing today but when you read something new and exciting it’s thrilling. It’s a similar feeling to watching a great movie when the time flies by and your mind hasn’t wandered once.

RUPERT YOUNG – I applied to drama school on the advice of a drama teacher at school and got into LAMDA. I was lucky enough to get a good agent when I graduated and started slowly getting acting jobs. I think I’m always waiting for the phone to stop ringing and then I’ll have to choose what career I’ll do when I finally have to become a grownup.

RUPERT YOUNG – I am trying to be better at it. I know how important social media can be especially in my industry. It’s nice to be in control of what content is being put out and to be able to connect with people interested in my work. I’ve never been on Facebook and I dabbled with Twitter but I’m very aware of how much time can be wasted looking at them. It’s wrong when it’s hard to find time to read a book but somehow we’ve got 3 hours in a day spare to scroll through Twitter and Instagram. It’s not always healthy.

RUPERT YOUNG – The biggest realisation is that as an actor you have no control over whether people think you are good or not. Especially when auditioning and self-taping. You can drive yourself crazy doing take after take trying to get the best take possible and choosing which one to send. As long as you know you’ve worked as hard as you can you then have to relinquish control. I very nearly didn’t send in my audition tape for Bridgerton as I felt I didn’t get it quite right. I reluctantly sent it and got the part.

RUPERT YOUNG – I haven’t given it much thought until now but I would really love an app that helps make decisions for me. Being incredibly indecisive it would be great to have a tool to do the work for me and make my life easier.

RUPERT YOUNG – Meeting up with friends I’ve worked with and reminiscing about past jobs. I remember an actor I worked with when I was starting out saying that you don’t say goodbye at the end of an acting job because we are all in the same club and so our paths will cross again. Sometimes it can be a few months but sometimes it’s years later you get to see each other or work together again. Also any time I’m near Barons Court where I was at LAMDA drama school I’m instantly transported back to being a student again.