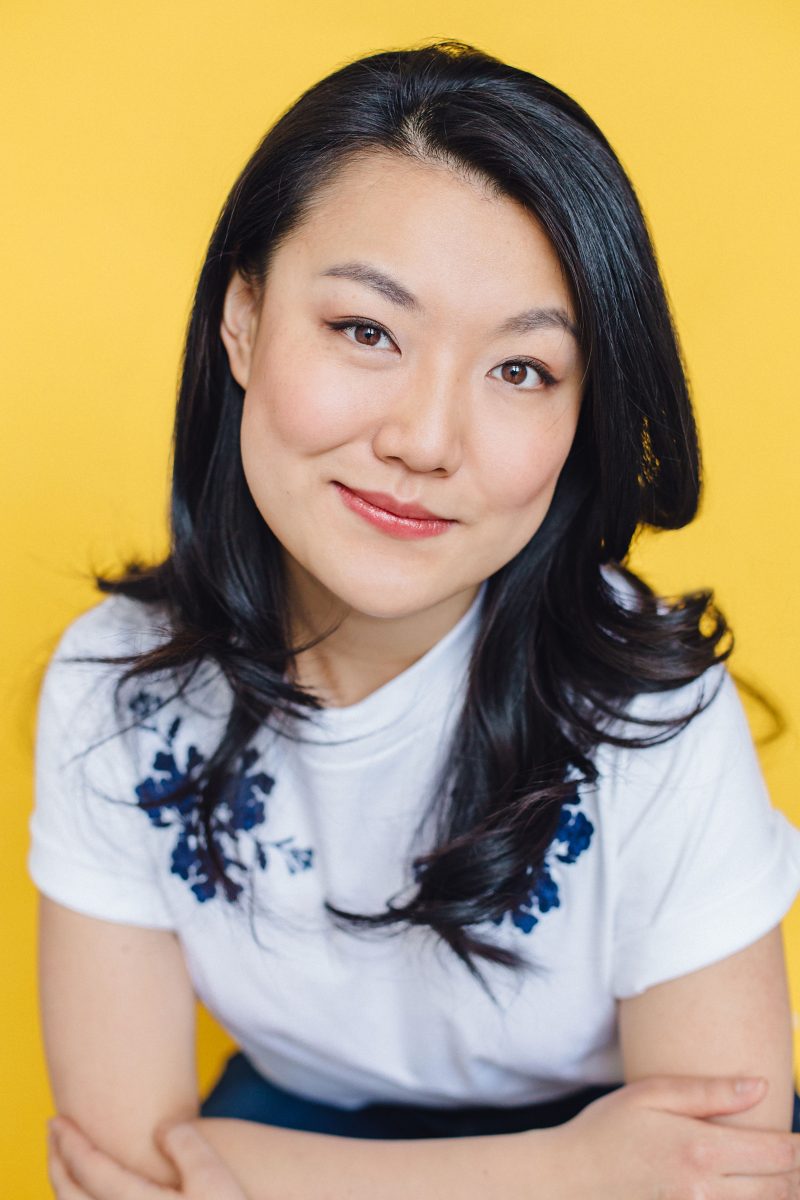 We caught up with Rong Fu to talk about her new role.

AC: What can audiences expect from Hello (Again)?

RONG FU – I think audiences can expect to find a heartwarming and funny rom-com with a bit of k-drama flair. I find the show to be a really great modern love story which happens to feature Asian voices. Simu Liu and Nathalie Younglai created a world that is unapologetically Asian. In the sense that being Asian is not what makes or breaks the story. It’s just a story where we exist fully as ourselves, with no explanation or justification needed. We’re just watching two people falling in love, again and again. There’s the romantic love story between my character, Avery and Jayden, but it also explores themes of love within family and one’s self. As a big-time foodie myself, I really appreciate the connection of love and food in this show. It’s very Asian, but at the same time, I think the concept of food equals love is quite universal.

RONG FU – My character Avery is the romantic interest of Jayden, who is a chef. We first meet her at their “meet cute”, where Avery and Jayden’s connection is almost instantaneous and we see why they would be so good together. However as time passes and life happens, sometimes even the best relationships will get tested. In Hello (Again), we see Jayden trying to win Avery, through multiple attempts, setbacks, and plenty of surprises.

RONG FU – Love. It’s what drives so many of us, and I think Avery is no exception. What I love about Avery is that she is self assured, confident, smart, and has her life in order. She’s a busy ER-resident and doesn’t have much time to spare. So when she meets Jayden, and decides that this is a guy worth putting her time in, it really means something.

RONG FU – One of my favourite moments was when we were shooting Avery and Jayden’s first encounter, and Jayden is trying to get Avery’s attention. Alex Mallari Jr, who plays Jayden, is just the most hilarious and fun person to work with. Between takes, we were talking about the documentary, Dancing With The Birds, and Alex starts imitating the birds’ mating dances. He got the choreography of like three or four birds down to perfection. When it was time to roll again, I told them, “you have to see Alex’s mating dances”, and he did them with such command. It was so good! If I were a bird, I would be swooned! I really hope it makes the final cut.

RONG FU – These days, I really want to learn more about the production side of things. Especially how cameras, lighting, and editing will work. I think having that technical know-how would not only make my job easier, but also for everyone else on the other side of the lens.

RONG FU – It feels like falling in love. Truly, when I read a really good script, my heart starts to palpitate and my head spins. It’s like seeing the love of your life for the first time. Like you know there’s something mysterious and incredible ahead. I got that feeling when I read Hello (Again).

RONG FU – I have wanted to be an actor since I was twelve when I joined the drama club in my middle school. However, it really crystallized for me when I was sixteen. I was attending Earl Haig high school as a drama major in the Claude Watson Arts Program, and that was the same year I began to explore theatre outside of school. I first came across the Paprika Festival and theatre companies such as The Tarragon and Factory Theatre which all had free youth-based training programs. These programs were my entryway into the theatre community in Toronto. They gave me the opportunity to meet peers who shared the same passion and be mentored by some of the top theatre artists in the city. These experiences allowed me to see what was possible. I decided then that I was going to fully pursue acting and theatre… and I haven’t looked back.

RONG FU – Not very much. I actually don’t keep any social media apps on my phone. I pretty much only check Instagram to look up restaurants and see if they have any specials.

RONG FU – I’ve experienced some loss this past year in my family, and as cliche, as it is true, life is precious.

RONG FU – I can tell you, but then I would have to bury you.