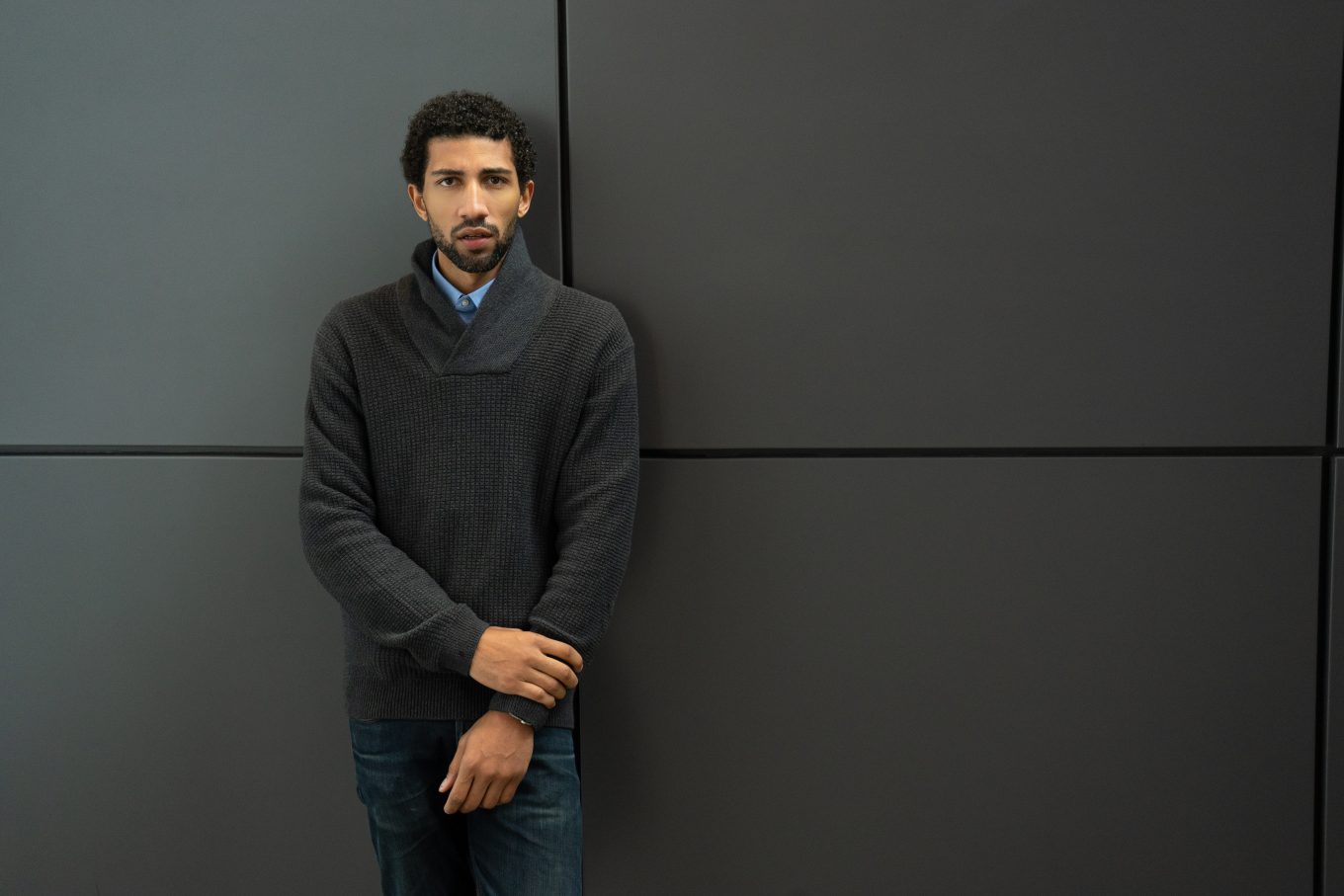 RAFAEL V. DeLEON has just returned for the second season of Spike Lee’s She’s Gotta Have It on Netflix. Fans first met Rafael’s character, ‘Manny Garciela’ in the bike shop alongside his best friend, Mars Blackmon (Anthony Ramos), and the duo will be back together this season.

AC: What can audiences expect from the second season of She’s Gotta Have It?

RAFAEL V. DeLEON: Simply put, Spike (as per his custom) is once again putting it on for the culture. It has been a dream project to work on and I think audiences are going to be pleased with what they see this season.

Oh yeah! One day I was on-set in a full wardrobe, the next day, just in a robe. The show will shed further light on that. It’s a great group of people I have had the chance to work with on the show so there’s always something fun going on.

I believe my character’s goal is to get back what he’s lost, while also being a supportive friend to Mars (played by Anthony Ramos).

When words on the page easily paint a visual picture. From the stage direction to the dialogue, the room can always feel that energy. That’s how our table read was for this show which is an amazing feeling and something I am grateful to have experienced.

Legendary. That’s all I’ve got. Spike is a master of the craft.

Did he give you notes when on-set?

Absolutely. He knows what he’s looking for and the energy he’s hoping to capture in a scene. I’m confident that my performance is better because of it.

I’ll forever be a student of the craft so I could pick anything. Right now I’m focused on accents and being more bilingual.

After graduating university, you worked for the mayor of D.C. in the Executive Office of Boards & Commissions. What was the experience like?

Politics was great. The exposure and experience of working in Washington D.C. was second to none. I actually was in a room with Obama. Twice.

Whilst working there, did you have the ambitions to become an actor?

Absolutely! My passion for film and creativity has always tugged on my heart. At a certain point in life, I decided it was time to follow my passion so I took some headshots and took the leap and moved to New York.

Why do you think you were drawn to acting?

Well, compared to politics, it’s less divisive but equally as powerful. Being able to be a part of an art form which champions introspection (as a viewer) is an amazing aspect of the human psyche.

Who are your acting influences?