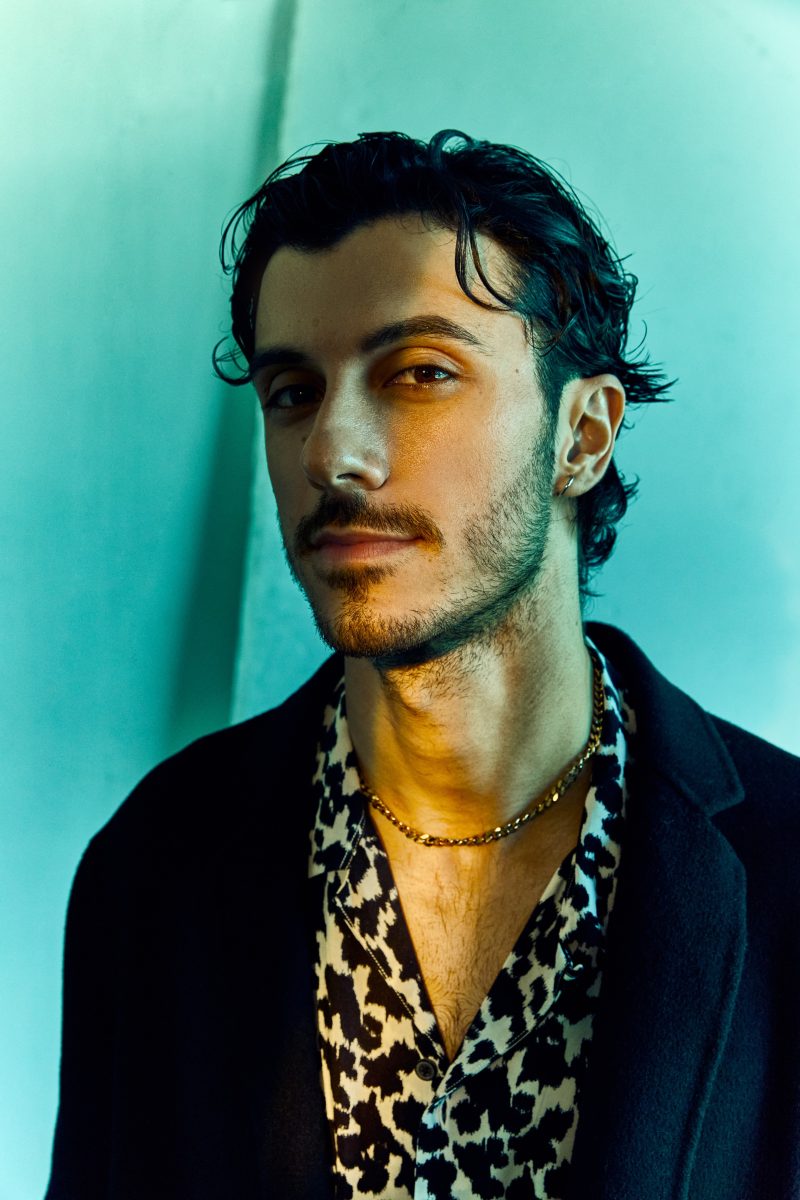 RAFAEL CEBRIÁN can currently be seen starring in Acapulco on Apple TV+.

We caught up with Rafael Cebrián to talk about his acting career.

AC: What can audiences expect from Acapulco?

RAFAEL CEBRIÁN – Acapulco is a fast-paced, high-concept, grounded comedy set in the 1980s. It’s a story about love, family, and success. The show is full of heart, big energy, and vibrant colors. It will not only move you, but it will also make you laugh.

The fact that it’s a bilingual show makes up for a unique and enriching audience experience. Language is a window into a culture. Having a multilingual show on a big streaming platform like Apple TV+, gives international audiences the chance to better understand the cultural context of the story. I am specifically proud of this one not only for showcasing Hispanic stories and talent in a different light but also for how it does it: Acapulco is authentic and truthful to the world it represents. There is an immense amount of value in vouching for content that is honest, and that pretends nothing else other than just telling it as it is and showing it as it looks.

RAFAEL CEBRIÁN – I play Hector The Protector, the head of the pool department and Maximo’s rival. Hector would do anything to keep his job and he won’t let Maximo step on his toes. I like to think of him as the comedic slapstick of the show. Getting to play a bigger-than-life character in a high-concept, yet grounded comedy series was on my bucket list for a long time. Guess I can cross that one out now.

RAFAEL CEBRIÁN – Well, we are only in season 1, I will not spoil it for you by telling you what is Hector’s ultimate goal. I do believe that he is fighting for love, and language is his weapon.

RAFAEL CEBRIÁN – There’s a scene in episode seven where Hector over-pronounces a string of English words like “styrofoam” and “eczema” for an impressed Máximo. It was hard to keep it together for both Enrique and I during those takes.

RAFAEL CEBRIÁN – Everything. That’s the best part of this job. You never stop learning.

RAFAEL CEBRIÁN – There are obviously some cookie-cutter elements that make up for a great script on paper. To me though, if the story hits me in the guts, I’m in. No matter what.

RAFAEL CEBRIÁN – I love telling stories, voicing the unvoiced. That’s all I ever wanted to do. That was always the plan. And that’s why l like to think of myself as a storyteller more than an actor. To be more specific, when I was 5 years old my parents took me to see “Grease” at the West End in London, and that’s when I got the bug. That’s why John Travolta, together with Anthony Hopkins and Will Smith are the actors that made me want to become an actor.

RAFAEL CEBRIÁN – Better than it is today. I hope we can regain a little bit of common sense and humanity we’ve lost during these past 10 years.

RAFAEL CEBRIÁN – I don’t tend to think about the future too much. I’m very content living in the present, in the unknown, as I figure it out. This, right here and now, is the fun part. I do get excited thinking about the future of my family and friends. I’m excited to see the people that I love and surround myself with fulfilling their dreams. I feed off their inspiration, motivation, and wins. One for all, and all for one.