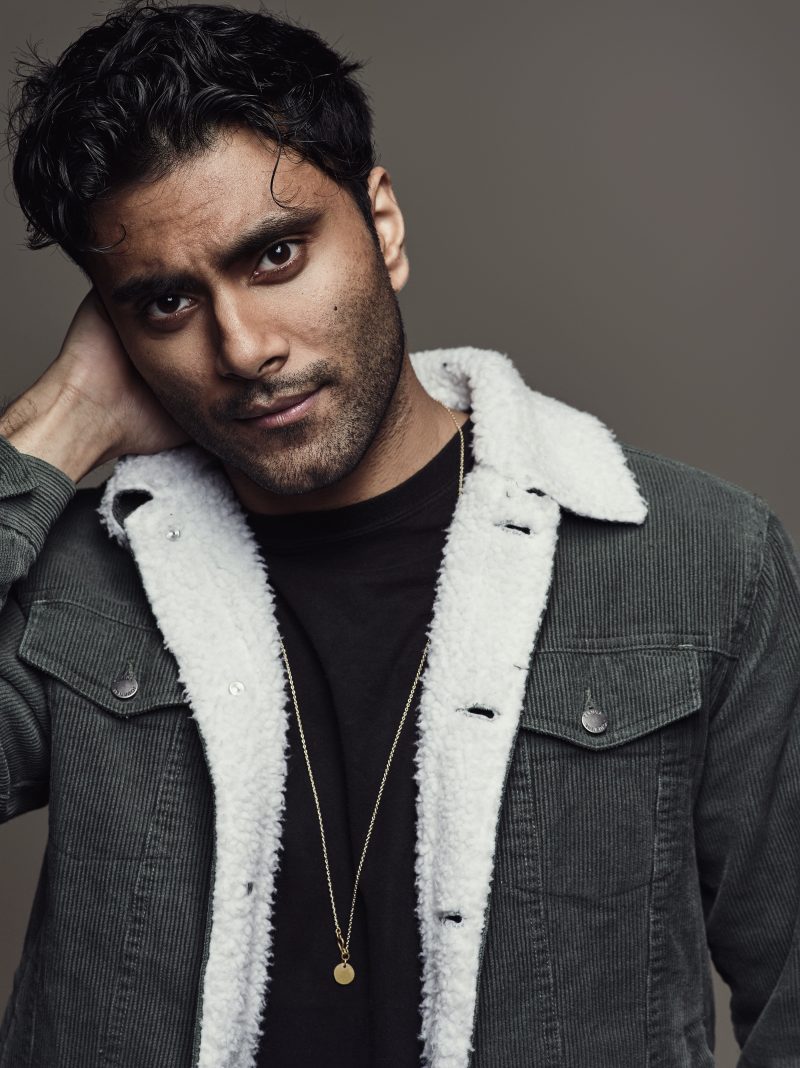 PRANEET AKILLA  is starring as Gil Bobbsey AKA one half of the modern-day version of the Bobbsey Twins in the CW’s hit television series Nancy Drew.

AC: What can audiences expect from the upcoming season of Nancy Drew?

PRANEET AKILLA – They can expect a lot of the same fantastic writing and character development that made season one of Nancy Drew so special. You can expect a lot more monsters and a heightened take on the supernatural element of the show.  You can expect some new recurring characters from the Nancy Drew canon – particularly from the Stratemeyer Syndicate like the Bobbsey Twins. Plus – there will be more stand-alone episodes with mystery-solving from the Drew Crew exploring various themes such as Mental Health. It’s going to be a wild ride with every episode getting better and better!

PRANEET AKILLA – I play Gil Bobbsey – one-half of the iconic Bobbsey Twins from the expanded Nancy Drew universe and Nancy’s love interest in season 2. He is a charismatic wise-ass with street smarts from growing up poor on the wrong side of the tracks. He does odd jobs and pulls off petty crimes with his sister to make ends meet- through which he obtains an item of interest that Nancy needs. Him and his sister Amanda Bobbsey then get intertwined into some of the main mysteries of the season – helping the Drew crew solve cases.

PRANEET AKILLA – The Bobbsey twins have a dark and sordid backstory with a mystery that involves their mother at the forefront of their adventures this upcoming season. Can’t give too much away because of spoilers-but Gil’s main goal in the season is to solve that mystery so he can come to terms with his past and his abandonment issues. He’s also overly protective of himself and his sister- at all costs. That mistrust in others leads to an unhealthy codependency between him and Amanda – which is an interesting theme we explore with Gil.

I think everyday on set there are a lot of funny moments. I’m lucky to be surrounded by such a fun-loving, dedicated, and kind cast & crew. One great day on set for me was filming a scene from episode 9 in season 2 that involves Gil interacting with the Drew Crew. The banter back and forth between each character was hilarious and we were all continuously laughing between each take. I also think that the chemistry and camaraderie from days like that show up on screen.

PRANEET AKILLA – I think for me I’m always in a state of exploring the notion of “less is more”. I think sometimes in emotional scenes as an actor it’s easy to get caught up in showing a character’s plight with too much expression. In reality, most of us feel greatly on the inside but don’t showcase it on the outside. The great actors I admire are the ones that are subtle and still, but convey grand emotion and ideas in that stillness. That’s what I’m trying to work towards as I keep getting more experience- less is more. Trust that what I am doing is enough and that I don’t need to push to show the audience anything.

PRANEET AKILLA – Time flies when you’re having fun. I know it’s a great script when I’ve effortlessly read through it in no time and I’m sad that the experience of reading it has finished. Great scripts to me really spend time developing strong character arcs, have a strong central conflict, and subvert my expectations during the protagonists’ journey. I also love world-building without un-needed exposition- like being dropped into the middle of a heightened situation and having to play catch up. The great scripts do this without confusing the reader and still keeping them compelled through every twist and turn.

AC: When did you begin to see acting as a potential career avenue? I always had a love for acting/storytelling. Growing up I did many plays and musicals in high school and university. I also happened to be great at math and science, and growing up in a South Asian household, the arts weren’t considered a career path. I wrestled with what I wanted to do, but since I also didn’t really see actors of colour getting many opportunities in the North American film/tv industry at the time- I decided to pursue an engineering degree. Eventually in University and throughout my internships, I shot a lot of short films and features with my filmmaker friends. It made me realize I had to follow my passion at some point. When I graduated, I would work 9 to 6 at an engineering company and then shoot a film or do community theatre from 6 till 1am. I was trying my best to balance both lives, but it came at a cost to my overall health. I decided that I had to steer in one direction. I promptly quit my job and then started auditioning full time for regional theatre companies. Lucky to say I haven’t looked back since!

PRANEET AKILLA – Hopefully a world with less division and a world where we can all share common facts without social media and bite sized, misinformed opinions getting in the way of that. I hope for a world where the population can be taught to critically analyze and research data so that we can work together towards solutions using a common base of fact. I think it’s something that isn’t talked about enough and is honestly a huge reason why it feels like the world is so divided right now.

PRANEET AKILLA – Like anything, social media has its pros and cons. As an artist, I use my social media as a marketing tool to keep my audience and directors/producers informed of what I’m up to in my career journey. As a prospective producer, I look at it as a way to market my films and increase my brand equity to finance future films. Studios and networks want to know that I as an actor can bring in an audience for a movie I’d like financing for. As the size of my platform increases though, I am becoming more aware of using it to fight for social issues such as LGBTQ rights and BIPOC representation in media.

PRANEET AKILLA – That life is unpredictable and no matter how obsessed or detailed you get planning your future- the universe can always have other plans and that you’re never really in control. The learning lesson? Enjoy the process more than the result. Have fewer expectations of an outcome and celebrate the small victories in life. You never know when life decides to suddenly throw you a curveball.

PRANEET AKILLA – Music mainly. I always associate certain songs with some of the best moments of my childhood. Particularly north American pop music. I started listening to these types of songs as a new immigrant kid to Canada mainly through them being in the soundtrack for cartoons and animes I used to watch. So now when I hear them either on the radio or wherever, it instantly takes me back to my childhood watching a certain anime where I heard that song. Old family photos take me back instantly too.

PRANEET AKILLA – I’m lucky that some of my best friends happen to be incredible producers who work both in Toronto and Vancouver/L.A. We’ve had experience producing and assistant directing on numerous digital short-form content- things like web-series and short films, specifically in Alberta and B.C., Canada with the help of a thriving independent film scene and government funding. I’m still learning the ropes from people who know much more than me, but I want to be hyper-specific about the stories I want to tell. I’m currently working on a feature-length script about a Hindu immigrant priest who discovers his love for musical theatre when he moves to a small town. Ultimately I want to tell stories that are culturally relevant to me, about the immigrant experience, moving to a new country, and being part of a south- Indian family. It’s what I know right now and it’s a subject that is full of colour and untapped opportunity – so look for those soon!