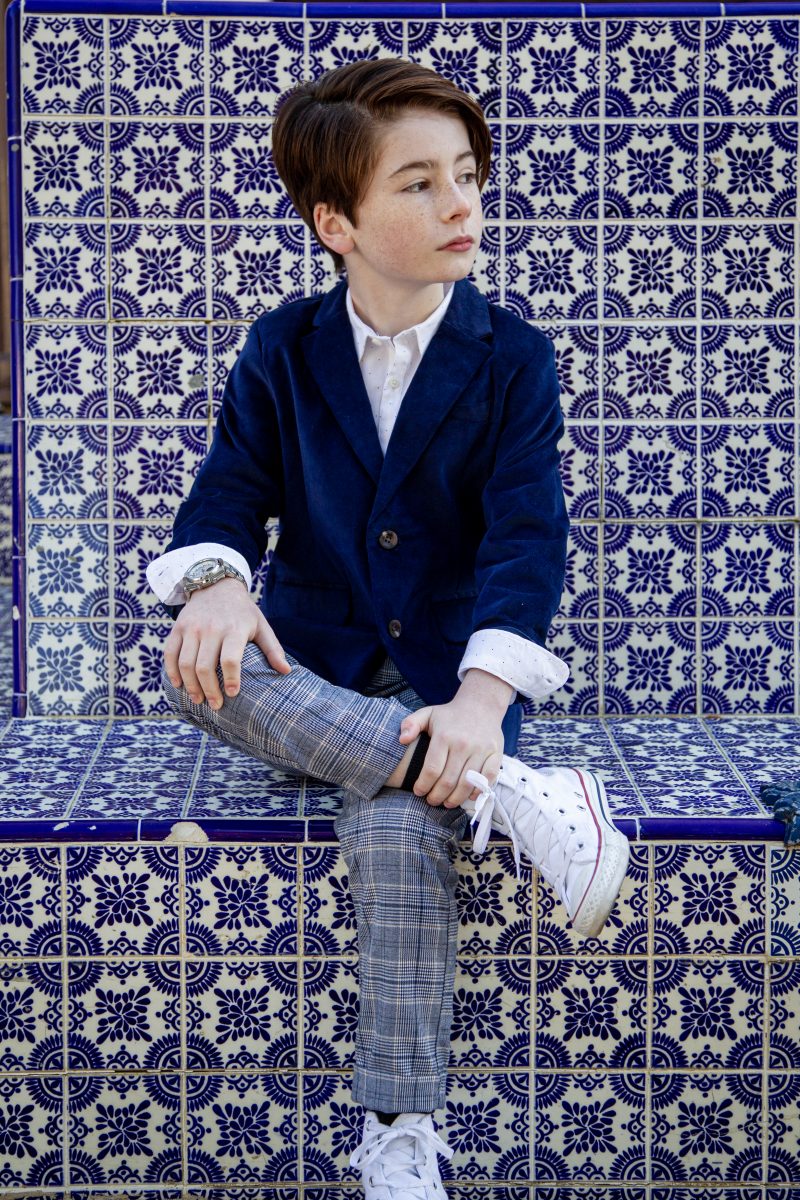 The show follows a brother-sister duo who make almost all of their decisions — both mundane and madcap – by crowdsourcing opinions from the millions of followers on their online channel Would You Wrather.

Paxton Booth plays Ollie Wrather, the fearless and enthusiastic younger brother of the duo and oftentimes the test-pilot for the more wild stunts of their online show.

AC: What can audiences expect from Coop & Cami Ask The World?

PAXTON BOOTH: Coop And Cami Ask The World is a family-friendly show. The kids have a live stream show where they ask their followers Would You Wrather questions. Sometimes they are silly like which gag they should do that day, or asking advice for life problems. The entire family gets involved, and things get pretty goofy!

I play Ollie Wrather, he’s the youngest of the family. In the live stream show he plays the daredevil, so he’s usually covered in goop, flying in the air or dressed in a silly costume. He’s also growing up in a large single-parent family, so he’s really relying on his siblings to help him get through life.

Ollie is different from the rest of his family. He likes that he’s the oddball and I think he just wants everyone to accept who he is.

There is an upcoming episode where I get covered in green slime. Nobody expected it to leak through my clothes, but it sure did. I was dyed green basically everywhere except my face for days! Thankfully I was able to wear long sleeves and pants to cover it up. I can’t wait to share the behind the scene photos when it airs!

I’m only 10, so I’m still learning just about everything! I don’t think this is a job where you ever stop learning. There is always something new to discover. I’m surrounded by a ton of very talented people and try to learn something from each person I meet.

I know when I’m reading a great script when I can’t put it down. When I can see myself as a character right away and immediately start thinking of how I can play it is such a good feeling.

I started acting when I was 3, so it was my parents who saw something in me. I wasn’t shy, could speak well and followed directions pretty early on – so they thought it would be fun to try acting. I’ve been working ever since. I’m still young, so I don’t have any idea what my future holds!

There is so much I would love to say, but I think I’ll go with “Adopt, don’t shop.” and have a bunch of cute adoptable pets on it. Everyone loves animal pictures, so even if the message doesn’t get through to them, at least they’ll smile.

I’ve been on Instagram for a while but have just recently become more involved. It’s a great way to stay in contact with my friends that I don’t get to see too often. I also started a virtual book club called #PagesWithPaxton in hopes to get kids to read more. Each month I choose a book to read and we discuss it in the comments. It’s been awesome so far!

In front of the camera, do you have a fear you’d like to conquer?

I feel more confident in front of the camera, so I don’t really have fears to conquer yet. It’s easier to play a character than being yourself.

Right now I’m just excited to see what the future holds for me. I’m only 10, so it’s wide open!