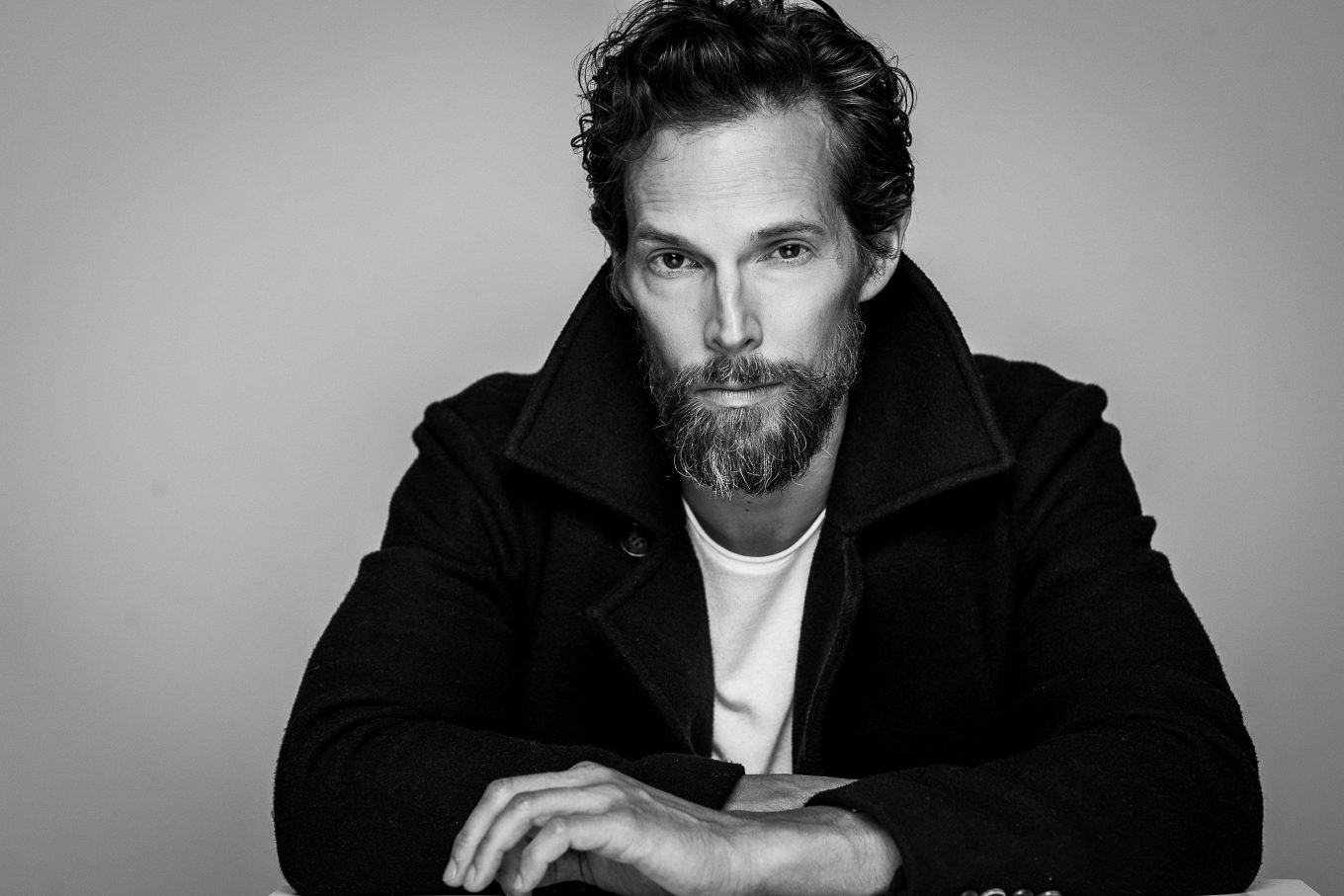 NELSON LEIS has returned to the wicked-popular Netflix Original series Chilling Adventures of Sabrina for Part 3. Nelson plays Beelzebub, a Demon King, championing Caliban to assume the throne of Hell. We caught up with Nelson to talk about his role.

AC: What can fans expect from the new season of Chilling Adventures Of Sabrina?

NELSON LEIS: Watch out – it gets spooky and steamy!

Like any well-entrenched member of the aristocracy, Beelzebub has an interest in who sits on the throne. At the same time, he’s a career noble…demon, so he also knows how to roll with the punches.

Do you have a favorite line of dialogue from the new season?

In episode three, Heavy is The Crown, there’s a scene where I’m asking whether Sabrina has the time to rule hell “what with all her cheerleading and such”. That was a fun scene and moment. Very raucous and cheeky.

For the first few episodes, when I was walking around the set and I was out of makeup, a lot of crew didn’t know who I was. Sometimes I’d go up to someone and say “Hi” and give them a big hug, and I could tell they were thinking “I don’t know this guy”.  I’d have to say “It’s me – Beelzebub!” and right away they were like “Of course! Oh my God, give me another hug!” It was like the first hug was the stranger hug and the second was the real one. [Laughs]

Who is your favorite person to share a scene with?

All of them. Working with the other Demon Kings is fun because we’re kind of this force that’s always breezing in together.

Wearing the prosthetics requires some stamina. More episodes meant more time in prosthetics but that was a challenge that I was more than happy to have. And it eventually became second nature to me, to walk around in it all day.

The synergy of it all: Roberto Aguirre-Sacasa, Kiernan Shipka, all the leads, the crew. Truly it takes a village. Then you put it out to the audience and see how they respond – and man are the fans loyal and supportive and invested!

When I’m engrossed in it. It’s like I’ve come out of a dream when I’m done reading.

Probably when I booked my first role on a tv show – a comedy series called Big Sound. It was an incredible feeling – everything I wanted, and you think ‘okay, here we go, maybe this bus will just keep on rolling’. Of course, that’s not how things work in this business. It’s not linear. But you stick with it because you love it and in doing so, it always works out.

My use of it has amped up in the last couple of years. Well let me clarify – my Instagram interaction has increased as I’ve promoted the projects I’m involved with. I have a Facebook account but stopped going on it a few years ago and I was never really into Twitter. Posting to one account is enough for me. It’s a blast engaging with the Sabrina fans. They’re very supportive and have their own little shorthand language. It’s adorable.

I want it to be habitable for us. I want us all to be able to look back and say, “We’re on the upswing from where we were. We exacted change, we evolved, we innovated and these developments are working.” Ideally, when you ask the question at that time, “Do I want to bring children into this world”, the answer would be yes. It’s a tall order but I believe anything is possible.

Okay, so coming off the turnpike heading into town where the bulk of the populace is, there’d be a sign that said: “Instead of asking “how can I get more?”, ask, “how can I give more?”.

Next, as you’re cruising down Main Street, I’d have “Don’t wait to be invited – invite yourself to the party!” and “You’ve always got to bet on yourself”, keeping that self-confidence theme going. Finally, as you’re hitting the freeway on-ramp leaving town, there would be a sign that reads “Be kind to yourself.”

The best thing about acting is that the learning and fear conquering never ends. Every single job presents a new challenge, whether it’s emotional, physical or mental. It’s a never-ending process of learning to reveal oneself.

I’ve got a couple of projects with writer-director Karen Lam. She has her feature The Curse of Willow Song coming out this year- I make an appearance in that. And then we’ve got another feature that she and I and my wife Vanessa Walsh have been developing for a few years, which hopefully goes to camera this year.

Summertime in Vancouver, travelling with my gal. Ultimately though, a healthy mindset for me is to stay thankful and present to what’s in front of me in that moment.