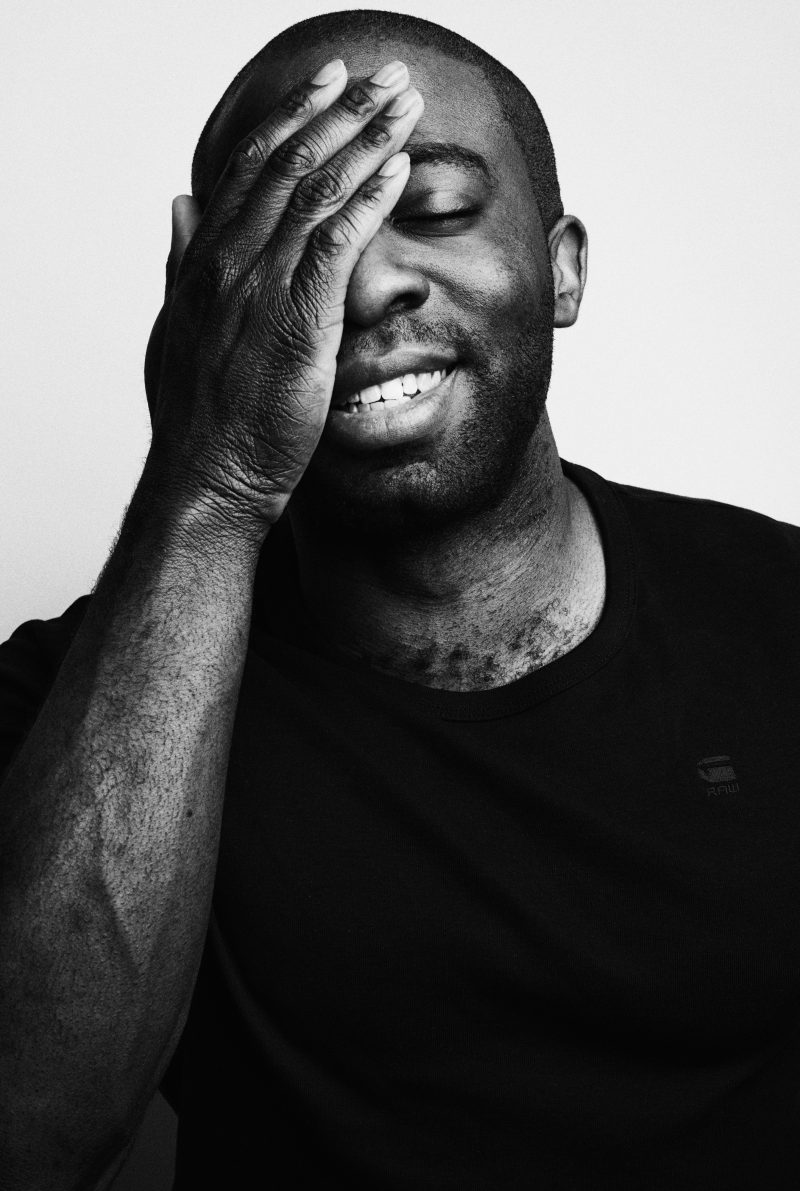 MARK EBULUÉ can be seen in the new Frank Miller and Tom Wheeler series Cursed, coming to Netflix on the 17th July. Mark plays G’rej, son of Tusk leader Wroth (played by Clive Russell), and brother to Bu’Luf (played by Perry Fitzpatrick). We caught up with Mark to talk about his role in the new Netflix show.

MARK EBULUÉ – So I play a tusk warrior called G’rej he is the son of the head Tusk commander Wroth and is a translator for Wroth and the Tusk clan. His loyalties are with his father Wroth and his brother Bu’Luf.

MARK EBULUÉ – To protect and preserve his clan (The Tusks) and their interests. G’rej simply wants the best for his people although the Tusk are allies, G’rej is also aware of how the other clans perceive him and the Tusks, due to their nature. They are headstrong tough warriors and the Tusks have their own way of doing things which ruffles feathers from time to time but ultimately G’rej and the Tusks are a force for good…I think anyway.

MARK EBULUÉ – In general everyone is quite jovial it’s always a great environment but I gotta hand it to Devon Terrell who plays Arthur he’s definitely got all the jokes, the way this guy had me laughing in the makeup chair at 6:30 am. Never a dull moment on screen and off he’s a top guy.

MARK EBULUÉ – That’s a really good question I just try to be the best that I can to myself and who I work with. I try not to be a burden to anyone.

MARK EBULUÉ – For me, it’s when I start to really picture myself and see myself in the scene I’m reading. I’m dyslexic so I do struggle reading at times, but if the writing gets my imagination flowing and I can see myself in the scene and it doesn’t feel like I’m working, then I know I’m onto something special, and it really makes me work 10 times harder.

MARK EBULUÉ – When my Dad said so, he was usually right about everything. he said not only am I capable but I’d thrive. My Dad, he always instilled confidence in me he’d tell me daily that he believed I had what it took to make it. I really started to believe it when I landed my first job working for the RSC straight out of drama school. I always wanted to work there was on my bucket list. But to be honest, I’d always thought it take at least 5 years to happen not 5 months. Growing up And well me being me I never really expected an easy ride in anything my only expectation was that I’d have work harder to get where I wanted but when that happened I said to myself if I can get the RSC now then my dad was really right  I can really do this, and I can achieve my goals.

AC: You’re a classically trained actor. What did you learn whilst at Italia Conti Drama School?

MARK EBULUÉ – Turn up on time, learn my lines and try not to bump into anything. Joke. I wasn’t the most popular drama school student but I had a really patient teacher kate Williams she really taught me the value of hard work and consistency and preparation it’s really those values that stuck with me.

MARK EBULUÉ – Oh, I have no idea I’m really not the guy for those kinds of things, probably a cringe-worthy penguin joke from the chocolates.

MARK EBULUÉ – I get so much stick from all my friends for being the “Insta guy” or the “social media guy” absolute fabrications. I’m just ahead of the curve. To answer the question, I think it’s not important to me at all I’d easily go like a month without social media and be a fully functional adult.

MARK EBULUÉ – I’d wanna say something impressive like bitcoin but I’m fooling no one. Probably a Home fitness app no equipment, just you by yourself, real boot camp vibes.

MARK EBULUÉ – Snakes. They freak me out. I don’t wanna conquer that fear if it involves me holding one. I’m really good at loving from a distance.

MARK EBULUÉ – I’m looking forward to/ hoping things go back normal so  I can do the little things like seeing my friends and my little brother again that’s what I miss most.

Catch Mark in Cursed on Netflix out 17th July