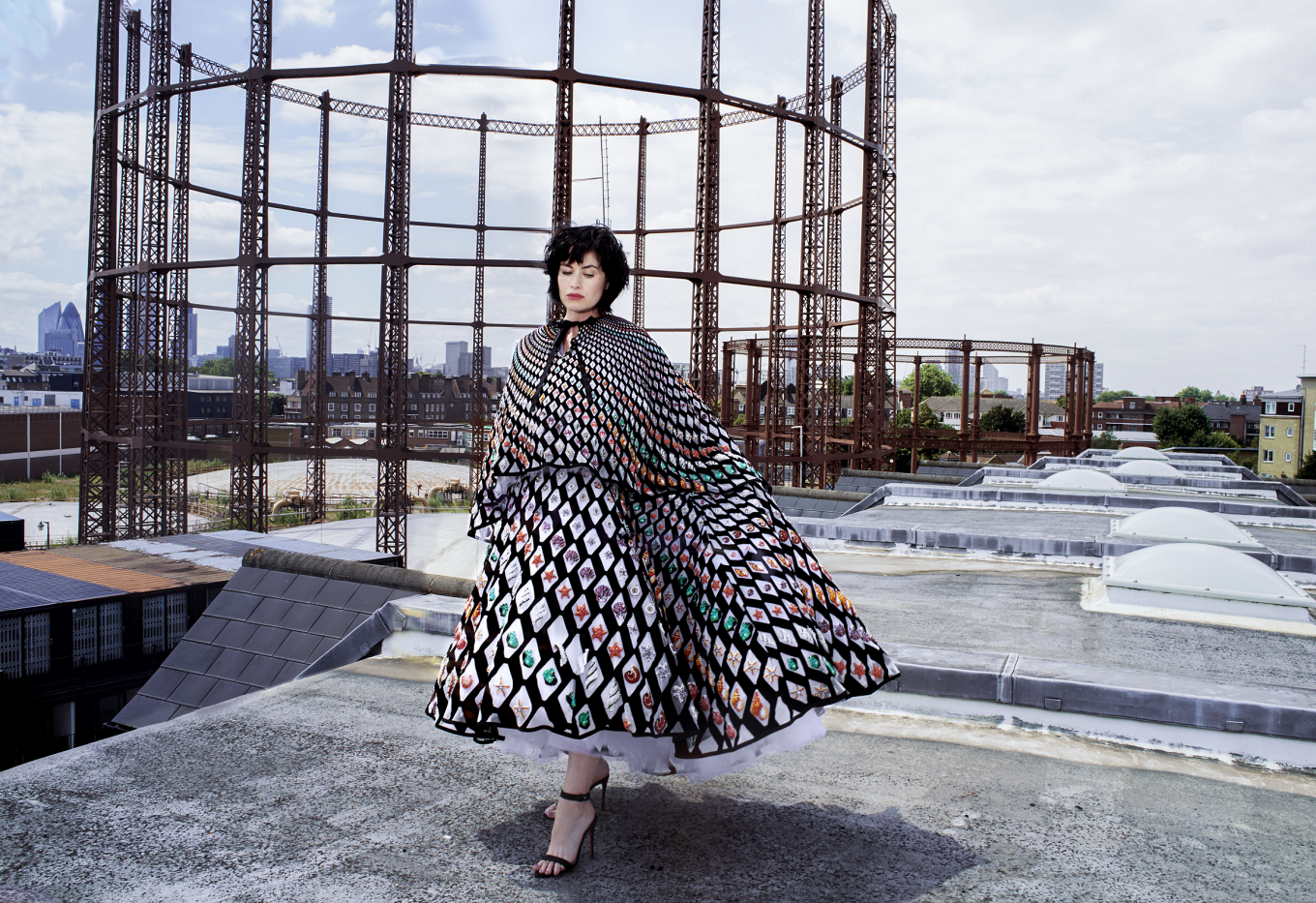 AC: What can audiences expect from Van Der Valk?

MAIMIE McCOY – You can expect a dynamic and cinematic new detective show with compelling plots, all set against the fabulous backdrop of Amsterdam.

MAIMIE McCOY – Lucienne is not shy about coming forward and always puts herself at the forefront of the action which has potentially life-threatening consequences in the first episode. We glean a little more of her private life through the series, although she maintains a fair amount of privacy with regards to her personal life, which is much more complicated and much less successful than her professional life.

AC: Do you have a favourite line of dialogue from the series?

MAIMIE McCOY – There’s a moment in episode three that Chris Murray (our writer) added after a suggestion from me. I won’t spoil it but it was a nod to one of my favourite films, Robin Hood Prince of Thieves!

MAIMIE McCOY – Having a rat run over me at 2am one morning was interesting and slightly unexpected! Forgetting to apply my tattoos one morning was also quite funny, especially realising the makeup bus had already moved onto the next location!

MAIMIE McCOY – You get lost in it. You can’t put it down. You don’t want it to end. Hopefully, you have at least one scene which you feel utterly compelled to play.

MAIMIE McCOY – Boldness and bravery. Constantly. As someone who is naturally very shy and quiet, finding my voice on-set and throwing ideas in the ring is something I’m still very much trying to develop.

MAIMIE McCOY – I’m not sure when that thought took place. I wanted to be a dancer and I studied both dance and drama on my degree course. I just knew that I loved performing and there seemed no other options. I simply followed my heart and my hobbies.

MAIMIE McCOY – I’m a little conflicted about it. Having grown up without it, I still have a foot in the old world. It’s brilliant for promoting a piece of work. I did the most wonderful short film two years ago called Early Days, and without social media, we wouldn’t have been able to crowdfund it and subsequently promote it. Social media connected us to communities we hoped to reach and gave the film a life it wouldn’t have had without it. But I also know on a personal level it can be addictive and can rot your brain and exacerbates a feeling of comparison which I find really toxic. Everyone’s a critic now and so the negative and very vocal noise coming from social media I don’t find welcome.

MAIMIE McCOY – I am finding it very hard to know what the world will look like at the end of the summer, so I guess the short answer is – I don’t know! But I think that what is happening right now in the world should have a profound effect on the future. I hope we all start looking outwards, and more towards each other and the world instead of focusing just on ourselves. I think we desperately needed a change of pace, so I hope this shift finds its way to continue in our lives.

MAIMIE McCOY – I must be the only person than not to have one! I don’t use many. Call me old fashioned, but we probably have enough right now!

MAIMIE McCOY – Be present. Be open. Be kind. Have A DISCO kitchen every night!

MAIMIE McCOY – I’d like to be fully in my voice. My shyness usually gets in the way!

MAIMIE McCOY – I have a glorious supporting part in the new All Creatures Great and Small out later in the year on Channel 5. I can’t wait to see it, having had such a happy experience (albeit a cold and wet one) up in Harrogate and the Yorkshire dales at the tail end of last year. The Christmas special will be a total treat!

MAIMIE McCOY – Hugs! Seeing what happens to the lettuce I planted. Drinking a proper flat white, as I bought a rubbish milk frother! That’s three things, but I think that might be allowed given the circumstances!