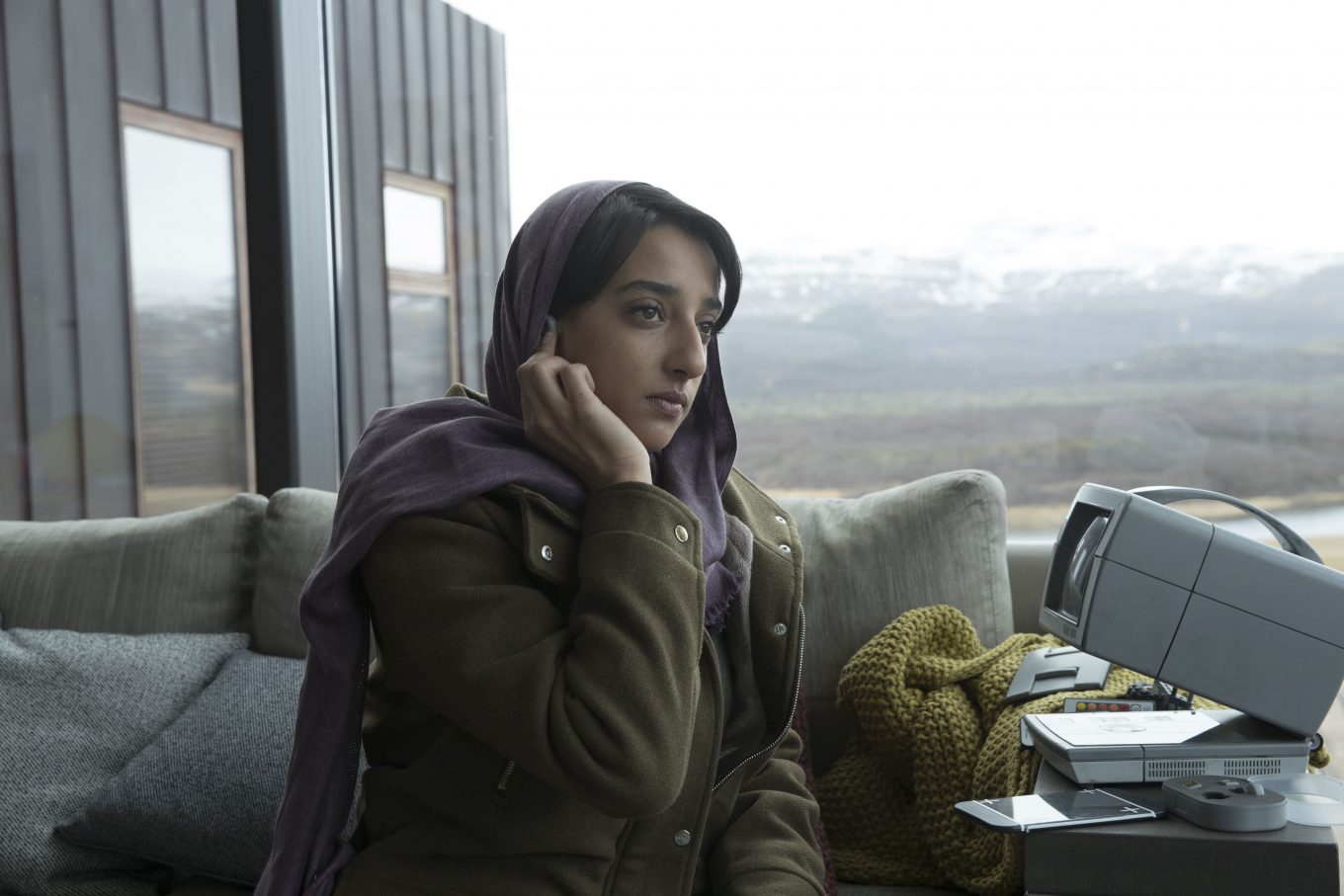 KIRAN SONIA SAWAR can be seen in an upcoming episode of the new Black Mirror series on Netflix.

Crocodile” is the third episode of the fourth series of anthology series Black Mirror. Architect Mia (played by Andrea Riseborough) scrambles to keep a dark secret under wraps, while insurance investigator Shazia (played by Kiran Sonia Sawar) harvests people’s memories of a nearby accident scene.

AC: If you could give Black Mirror: Crocodile an alternative title, what would it be?

KIRAN SONIA SAWAR – I really couldn’t but if I had to: “wanna spend a month in Iceland and call it work?”

AC: What was it like working alongside Andrea Riseborough?

KIRAN SONIA SAWAR – It was an incredible experience working alongside Andrea – she’s a very experienced actress at the top of her game so I learnt a lot watching her work. She’s a kind and generous actress on set and someone whose body of work I had always admired so it was a real privilege to get to work with her.

AC: Without giving anything away, how did Black Mirror challenged you as an actor?

KIRAN SONIA SAWAR – The environment itself was very challenging – we filmed in Iceland and so the weather was a massive issue and unpredictable. One minute it would be sunny then heavy snow would just start falling. The art department had a nightmare trying to keep windows and driveways clear of snow and rain! The episode deals with memories and a device that can access your raw impressions of events so I had a lot of science papers and books to get my head around and that specificity of scientific detail I haven’t had to do before for a role.

AC: Were you previously a fan of Black Mirror?

KIRAN SONIA SAWAR – I’ve always been a massive fan of the show – it’s one of a kind and Charlie and Annabel create such exciting content in each episode. I actually binge-watched the last series when I was severely jet-lagged and Trump’s presidency was being announced just as I finished – I had to wake up my flatmates at 5am because I couldn’t work out what was real and what wasn’t, I felt like I was in an episode/nightmare.

AC: This is obviously very different in terms of genres to work that you’ve done previously as an actor. What other genres are you keen to explore? Are you a sci-fi fan?

KIRAN SONIA SAWAR – It’s such an amazing part of an actors job to get to explore different realms of reality and contrasting genres. I’m a massive fan of sci-fi and fantasy and would love to work more in both – social realism within any world is what excites me most. Exploring how different people live and interact: finding normality in life within the confines of chaos…that’s fascinating.