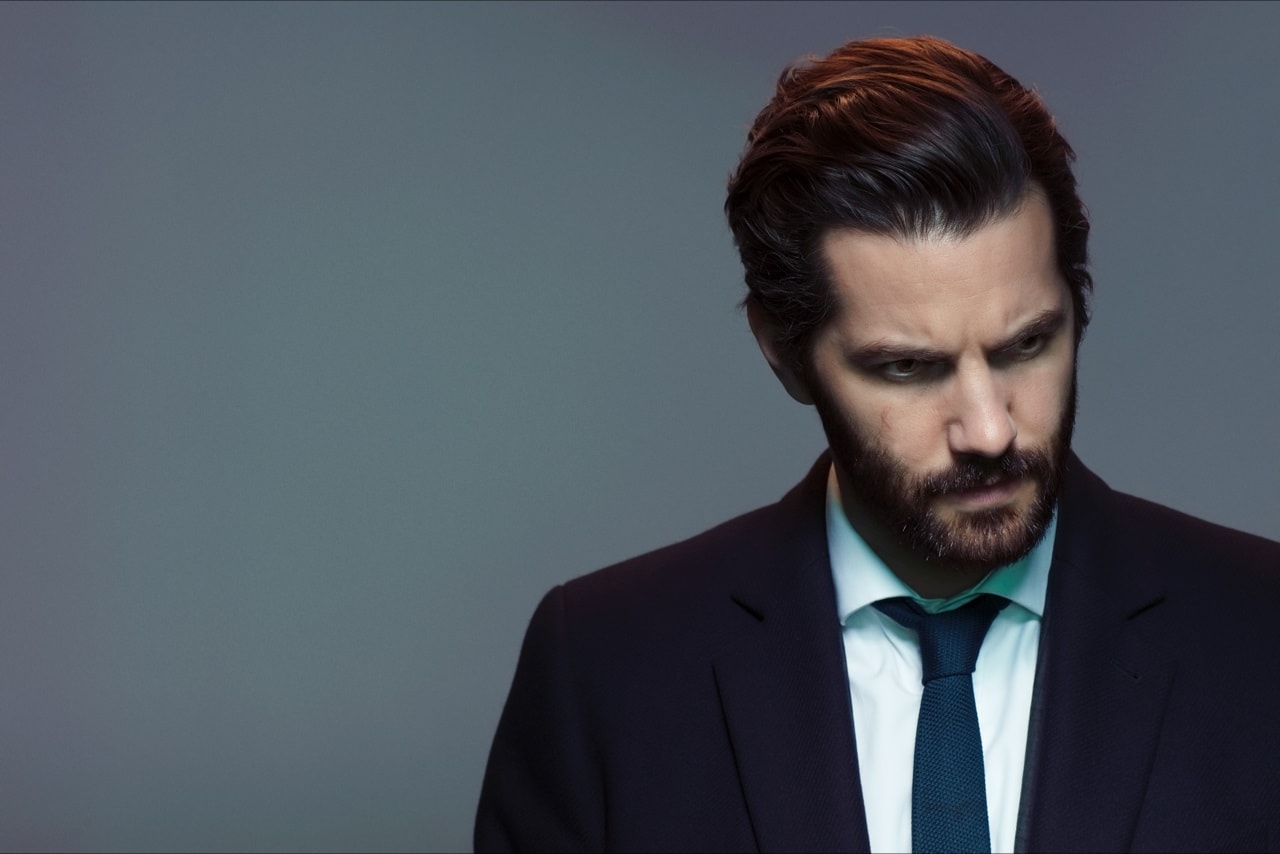 London detectives Charlie Hicks (played by Jim Sturgess) and Elaine Renko (played by Agyness Deyn) seek to enforce the law while protecting their loved ones in a world that is constantly slipping closer to certain destruction. Hicks is a family man and committed officer, but he is profoundly corrupt. Renko is difficult and damaged but utterly incorruptible. While they stand on opposite ends of the social and moral spectrums and have a serious distrust for each other, the partners must learn to work together if they’re going to survive until the end of the world.

AC: What makes a set great to work on?

JIM STURGESS – Good people! Being on set can be a long day and if you’re filming in the UK then it’s probably freezing and pissing with rain so you need good people. The crew and your castmates become your lifeline. I definitely buy into the cast and crew becoming family for the period of time you are all working together. I love all that. It’s what makes the job special. Especially when the whole crew are filming away on location and you’re all cooped up in a hotel somewhere. It’s like camp. That’s when all the gossip happens! Also, good sandwiches. A film set is a better place when the sandwiches and snacks are good.

AC: With your character living a double life, did you feel as though you were playing two separate people?

JIM STURGESS – No, not at all. The fact that he was multi-faceted just made him feel more real and three dimensional to me. We all wear different hats throughout our lives and are different versions of ourselves to different people. We all carry secrets to some degree, no matter how big or small. So the fact that he was full of mistakes and contradictions only made him more honest and real and definitely more exciting to play. I’m still trying to work him out.

AC: If you had to write a song about the life of your character in Hard Sun, what would it be called?

AC: Do you have a favourite line from the first episode?

JIM STURGESS – “I hope you brought your own bedsheets”.

AC: The amount of running you did in the first episode was immense, how much training did you do?

JIM STURGESS – Yeah, it was a really physical job in terms of running around, getting chased and beaten up and working on choreographed fight scenes. I felt like Hicks was the kind of guy who would do a bit of boxing training at the local gym and be pretty capable but then probably go for a pint after. Whereas Agyness’s character would have studied combat skills and martial arts and been very disciplined. So, I did some boxing training and some running, which I do a fair bit of, and that was it really and then went for a pint after!

AC: We’ve heard that Agyness Deyn is good at Martial Arts, were those fight scenes in the Thames for real?

JIM STURGESS – Yeah, I took a bit of a blow to the face by Agyness, who was wearing a knuckle duster at the time. Fortunately for me it was a fake one…had it have been real, I’m not sure I’d have a nose left! We’d been doing this big choreographed scene all day down by the Thames. It was the middle of winter, so we were both freezing and exhausted and we miss-timed the punch which smacked me on the nose. I just remember hearing a big crack and then my whole face went numb, so I had no idea what had happened or how bad it was. There was a fair bit of blood, but luckily it looked a lot worse than it was. We stopped shooting and had to finish off the fight scene a few days later. So I can definitely vouch for the fact that Agyness Deyn has got a good swing on her!

AC: You’ve spoken in the past about insomnia during acting roles. They say that tiredness can sometimes make people more creative, what do you think?

JIM STURGESS – I’m not sure really. I’ve struggled with insomnia for years and I find it pretty disabling and unproductive to be honest. I think there’s a big difference between feeling inspired and staying up all night working for nights on end to the point of exhaustion and having insomnia where you are just desperately wanting and needing to fall asleep. I probably spend more time working on clearing my head and learning how not to think than staying up all night with creative thoughts so for that reason I find it pretty uninspiring.

AC: After Hard Sun, what are you working on next?

JIM STURGESS – Straight after shooting Hard Sun I actually went and shot a film over in Canada. I almost couldn’t believe that I was going to go on to another project so soon after we wrapped. But it ended up being a really good way of leaving the intensity of the Hard Sun experience behind. I ended up doing a film called JT based on the true story behind the author JT Leroy. It was the perfect antidote to Hard Sun. I was playing a musician living in San Francisco, so I spent most of my time on set sitting on a couch, strumming a guitar and pretending to smoke weed – it was great.

AC: Is theatre something you’re looking to get involved in?

JIM STURGESS – Yes, I would love to get back on stage. It’s such a beautiful way of storytelling and I’m an avid theatre-goer.

An app that stops people looking into their phones all day!

A picture of the Italian Bee Gees playing live on stage on New Years Eve…no joke!

I can juggle with two balls and one piece of fruit and eat the fruit on rotation.

A skateboard with a Basquiat print on it.

Hard Sun can currently be seen on BBC One on Saturdays as well as BBC iPlayer.