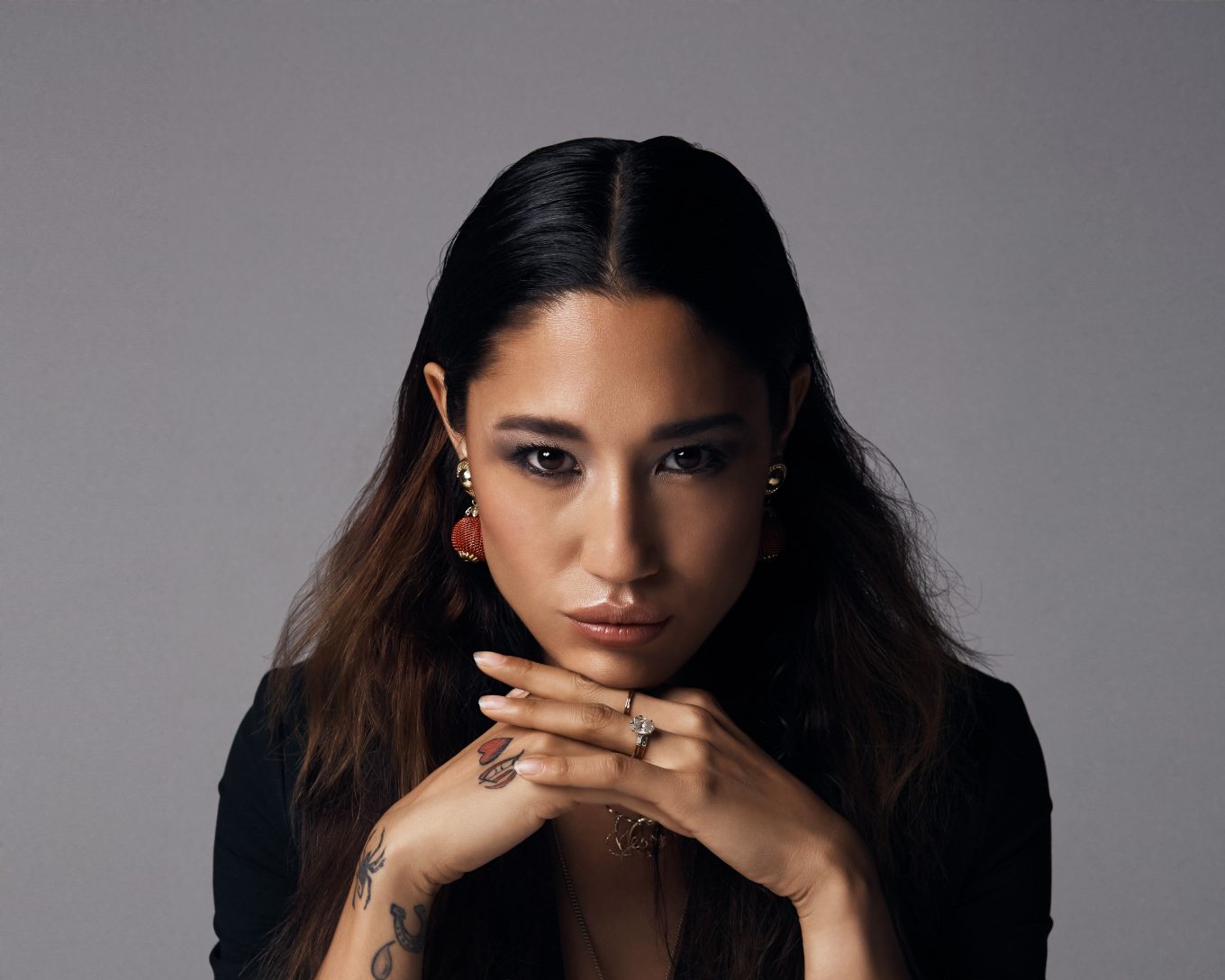 JENNIFER CHEON GARCIA is a forced to be reckoned with in Syfy’s Van Helsing and The CW’s Supergirl. The Korean-Mexican Actress stars as Ivory on the hit series Van Helsing, which just returned for its fourth season to Syfy, with the previous seasons on Netflix. Jennifer also sneaks into The CW’s Supergirl as your next favorite villain, Midnight, and recently made her debut in the season five premiere earlier this month.

AC: What can audiences expect from the new season of Syfy’s Van Helsing?

JENNIFER CHEON GARCIA: Blood, guts, and all the glory, with a few laughs along the way.

Over the last few seasons, how do you feel about the evolution of your character?

I really love where the character has gone this season. I love getting every script and learning more and more about her!

We always have such a blast shooting. If you want to see some funny moments, head to my IG. We love a good sing-along to get the apocalypse started.

If you met a real-life vampire, what would you ask them?

Nice question! I would ask the Vampire two questions. One – does it hurt? And two – what’s the biggest lesson humans never learn? And does he or she think we could learn it?

I think the secret is not really a secret at all. At Van Helsing, we are all a big family. Our fans are a part of that family too. We have the best fans in the world. Love you guys so much!

Can you give us any teasers on what might be in store for Ivory?

Soul domination. Yep, made that up, but it actually makes sense…you’ll see [laughs].

Oh, that’s a hard question – it’s like Sophie’s choice! Each cast member that I have had the privilege to work with brings their own unique take or approach to their work. Although, I love the surprises Ivory’s Beloved Scab (Rowland Pidlubny) brings every day.

Wake up, coffee, hit up catering for the best veggie omelette, head into an hour for hair and an hour and 10 minutes for the blood and makeup, head to my trailer to get Ivory’s armor on, then I put my headphones on and sink into her skin.

Let’s talk about your recent role in The CW’s Supergirl. How does your character fit into the story?

My character Midnight is one of the villains this season. She comes looking for J’onn J’onzz and brings all her black holes and lightning with her.

If you could have a superpower, what would it be?

Everything. I feel like the learning never stops. That’s one of the things I love about it.

When you don’t notice the page numbers.

When I could quit my other jobs [laughs]. I still love a good side hustle though.

I battle with it to tell you the truth. One of the reasons why I love it is because it can bring so many people together from every corner of the globe. Yet sometimes I feel like we humans get too wrapped up in the virtual world that we forget how to interact with one another in real-time.

I want to see a curtain orange creature out of the picture. I want to see less gun violence. I want to see more equal rights. I want people to see that we can all be different; think different and when you meet someone different, don’t hate them for it. Either you make an effort to understand or go about your own way.

A dog watcher app. So, when you go to the grocery store someone can come and keep an eye on your fur kid while you shop.

I’m training to get my black belt in Taekwondo right now. I can’t wait to finally have it!