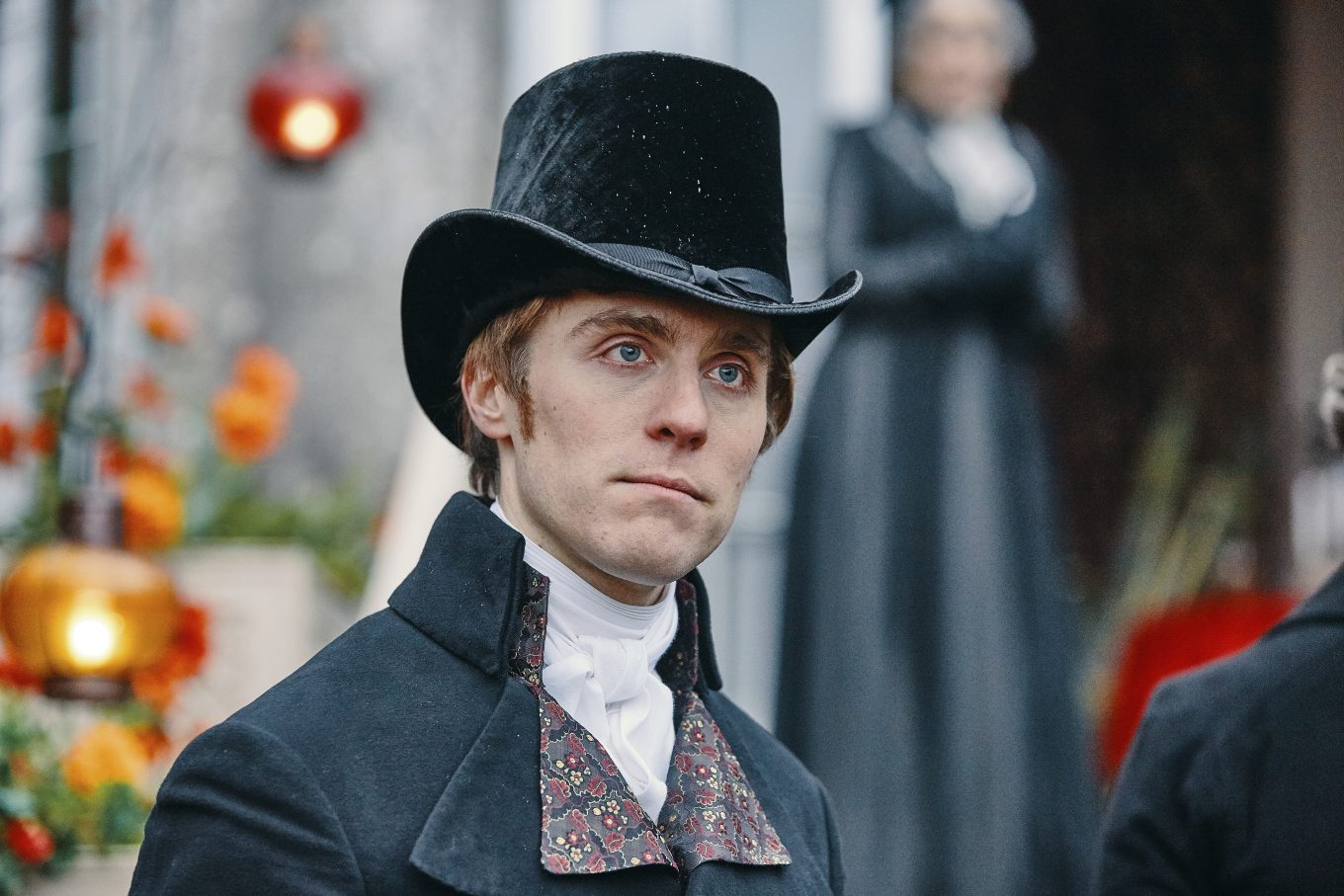 JACK FARTHING will soon appear in the fifth and final season of gripping BBC One historical drama Poldark. The actor will say goodbye to his role as the villainous George Warleggan, whom he has played for the past four years.

Later this year, Jack will also be seen in Official Secrets opposite Keira Knightley, Matt Smith and Ralph Fiennes. The film recently premiered at Sundance Film Festival, telling the true story of a British whistleblower who leaked information to the press about an illegal NSA spy operation.

Jack Farthing On His Role In BBC’s Poldark

JACK FARTHING – Everything. I think every job you do you’re presented with new challenges, things you don’t feel comfortable with or things that don’t come naturally. I’m always trying to find new ways to understand a part or stretch my imagination or access more of myself.

AC: Poldark is about to return for a final series. Why do you think it has become such a popular show?

JACK FARTHING – It’s always really difficult to know why people like a show. It’s timing and luck really. But good writing, good characters and a good team behind it definitely helps and we’ve been blessed with all of those.

AC: Across the last four years, can you tell us any funny stories from your time on-set?

JACK FARTHING – Honestly, it blurs. After five years of a ridiculous amount of fun being had, I think I’d struggle to pick out a particular moment.

AC: Are you surprised at how the character of George Warleggan has developed over the years?

JACK FARTHING – Not surprised so much because of the books, but grateful. My greatest pleasure in playing George has been his capacity to change and surprise, to behave unexpectedly, out of character. That’s what makes him human to me and hopefully interesting to watch.

AC: Can you give us any hints as to what’s in store for George in the upcoming series?

JACK FARTHING – Not really. This series isn’t from the books so much, Debbie Horsefield has had more room to be creative, so we’ve got to be a bit more careful. But I can say that George is very much dealing with the aftermath of the end of series four. His world imploded when his wife died, and however much he’d like to be back to normal, he’s not.

AC: Later in the year, you will be seen in Official Secrets. It has a great cast. How much can you say about the role?

JACK FARTHING – Yeah, a great cast. And a great story. One that definitely needed to be retold. Keira Knightly plays Katharine Gun, a whistleblower who tried to stop the Iraq war in 2003. I play a colleague of hers at GCHQ. It was a lovely film to be part of, and a long long way from 18th century Cornwall.

AC: Did you get the chance to see the premiere at Sundance Film Festival?

JACK FARTHING – I didn’t. But I saw it not long ago in London and I think it looks great. Looking forward very much to it appearing later this year.

AC: How can you tell when you’re reading a great script for a project?

JACK FARTHING – A lot of people say it but there’s definitely an immediate gut feeling on the first read. And usually pretty soon in. That desire to be part of it, to try and meet its challenges. You can be totally wrong of course. But there’s no science I don’t think, just gut.

AC: Alongside your upcoming projects, is there one thing you’re particularly excited about for the future?

JACK FARTHING – I am about to head off to Rome to do a comedy for five weeks so I’m pretty excited about that. There are definitely worse cities to film in.