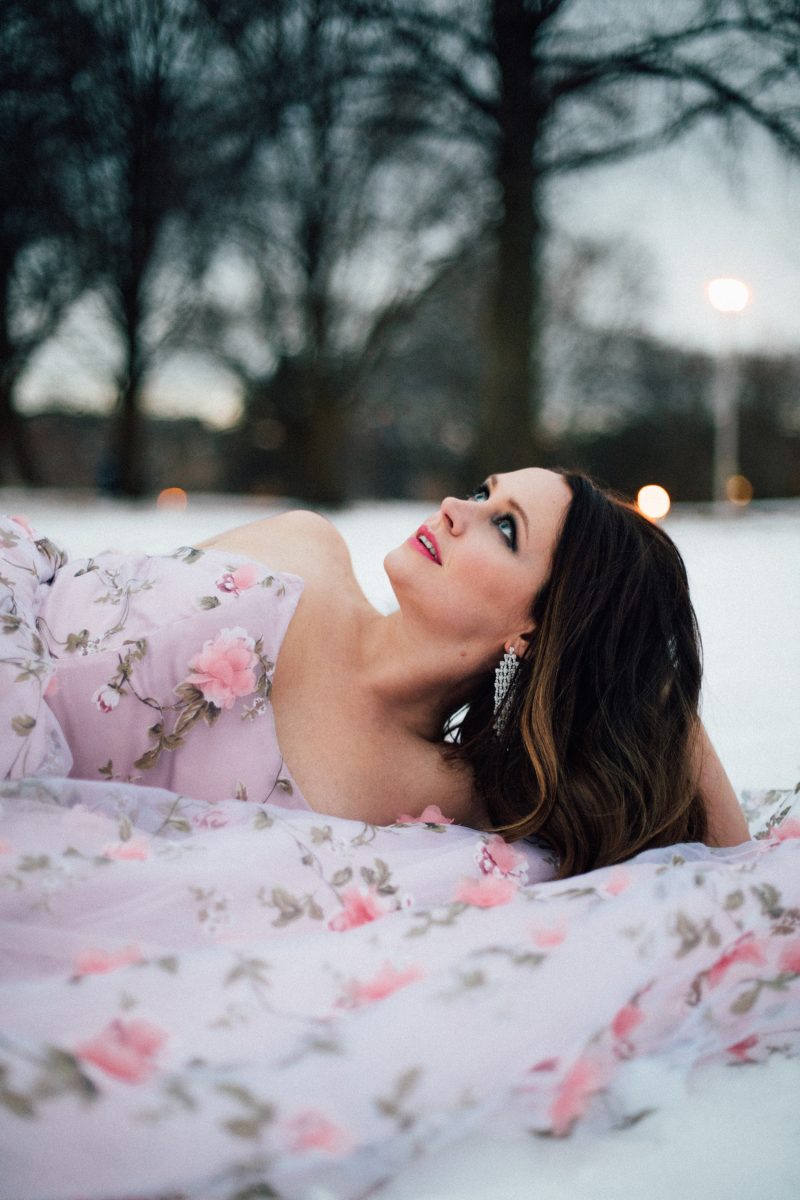 HELENA MARIE is currently starring in the new drama series My Perfect Landing about a family of gymnasts who struggle with a life-changing move. The show is airing now on the Family Channel and CBCC.

In the series, Helena plays Whitney Cortez, a former gymnast who loses her job and decides to move her two kids from Miami to Toronto to start a gymnastics club with her father.

AC: What can audiences expect from My Perfect Landing?

HELENA MARIE: It’s a family show that all audiences will really enjoy. It follows a family of gymnasts as they adjust to life in a new country. Even if you know nothing about gymnastics, you’ll be sucked in and amazed at the level of talent and dedication these gymnasts possess.

Can you give us any teasers about what is in store for Whitney Cortez?

Whitney has some personal baggage which results in her being quite strict with her daughter, Jenny. She won’t let Jenny compete in gymnastics above Level 4, even though she’s clearly capable of much more. Jenny ends up going behind her mother’s back to compete, and as anyone who’s ever hidden anything knows, that cat’s gotta come out of the bag at some point!

How can you relate to the character as an actor?

There’s always a part of me in every character I play. I have to use the tools, experiences, and knowledge that I have in order to portray each part. For Whitney, I felt her in my bones. The writers gave her a great backstory with so much pain and fear to contend with and that made my job of creating her very simple. Ultimately, she’s a positive person, and I’d say her positivity is the thing I relate to the most. I try to be a positive person for those around me, and for myself.

Do you have a favourite line of dialogue from the series?

In the fourth episode, my son Joon is asking his sister, Jenny, where his name comes from. She asks him where he thinks it came from, and he says “I thought it was because I was born in June.” Jenny reminds him that he was born in November, and he replies “I know! I just thought November was like the June of Autumn”. I love that exchange, it’s so adorable!

Oh gosh, there were so many! We laughed a lot every day, especially during the seventh episode, in which my son and I attempt to catch a mouse that’s dropping presents for us in the kitchen. We used a remote control car to simulate the mouse trapped under a bowl. It was so realistic, it actually made us jump around screaming. No acting required!

If I can’t put it down, that’s a sign that it’s a compelling story. I’m also a very emotional person, so if it doesn’t make me cry, but it’s clearly supposed to, then I know something in the script isn’t working the way it should. There were a few episodes in this first season of MPL that made me bawl my eyes out when I read them.

Everything! Honestly. Each time I get a new script I go on a new learning journey. Every story is different. Every character is unique. Even if it may resemble something else, it doesn’t matter. Do you know more than one doctor? Yes. Are they the same person? Do they have the same story? No. Every character, and therefore every audition, every role brings a new opportunity to learn and create a new human being with unique experiences and feelings.

I was in my late 20s, taking classes and doing indie films when I realized that if I really wanted to pursue it, I needed to give up my very comfortable day job to have my days free for auditions. That was a big change in my life, and making that decision was an acknowledgment to myself that I believed I could make a career out of it.

Incredibly important. It’s a platform I use to keep up with my friends and colleagues. I can send out love to those who need it, and I can stay up to date with what’s happening in my industry. Plus memes make me laugh, and that’s more important than ever. What do you want the world to look like in 10 years? I hope that there’s a shift in the way we mass consume. We’re destroying our planet and killing ourselves. It would be amazing for everyone to take steps, both big and small, to help make this planet and our bodies healthier.

An app that is mandatory for everyone earning above a certain income that tracks spending. Every time they spend $100, $1 gets put into an account that helps the less fortunate. The disproportion of wealth is a concern of mine, and this is a small, but potentially significant way people could give back.

I would want to make people laugh. So if it could make a farting sound every time someone drove by, I think that would be hilarious. Fart jokes never go out of style.

In front of the camera, what is a fear you’d like to conquer? I shied away from showing my body when I first started out because the opportunities with nudity felt gratuitous. But I’d love to play a part which involves nudity as a tool to strengthen a story and deepen our understanding of a character. To be completely naked in front of the camera, for art that I believe in, would be terrifying and empowering.

I have a few made for TV movies on right now. Lifetime’s His Fatal Fixation, and Hallmark’s Matchmaker Mysteries: A Killer Engagement. They’re great because you’ll definitely yell at the characters on your TV screen, telling them to do the opposite of whatever dangerous decisions they’re making!

I’ve been learning Spanish. It’s been something I’ve wanted to do since I was a kid and now I’m finally taking it seriously. Once we are out of lockdown and can travel again, I hope to use this new language as a way to meet people I wouldn’t have been able to communicate with before.