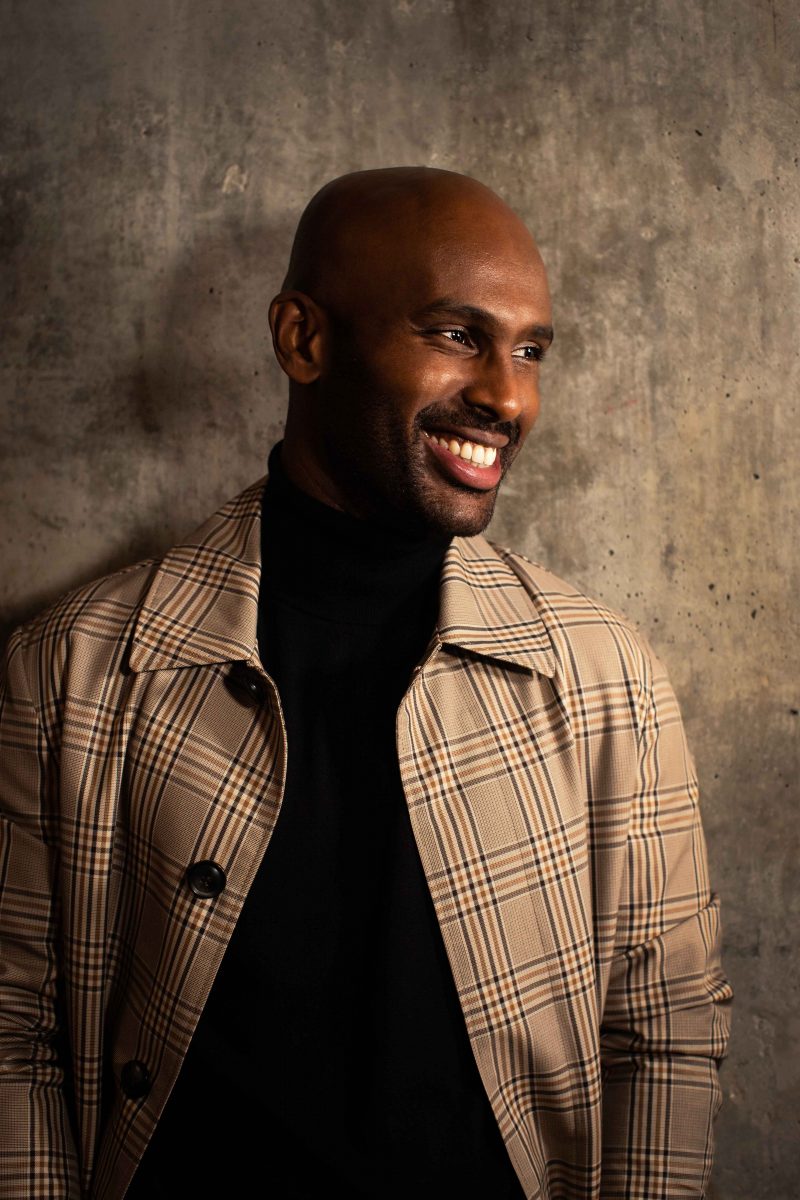 HAMZA FOUAD can be seen in the Hulu original series Marvel’s Helstrom. Hamza plays Derrick Jackson, a police officer in San Francisco who has a long-standing relationship with one of the leads.

Marvel’s Helstrom centers around Daimon and Ana Helstrom, the son and daughter of a mysterious and powerful serial killer. The siblings have a complicated dynamic as they work together to rid the world of its most terrorizing evils.

AC: What can audiences expect from Marvel’s Helstrom?

HAMZA FOUAD – Audiences can expect a fun thriller, and Marvel’s first foray into the horror genre.

HAMZA FOUAD – My character helps keep his partner Chris stay grounded in a world filled with high stakes and the paranormal. At the beginning of the show, Derrick is blissfully unaware of the supernatural world around him, which keeps you guessing if and when he will clue into what’s really going on behind the curtain.

HAMZA FOUAD – That’s a great question because that is a question I always ask myself before jumping into a new role. In one sentence I’d say my character’s ultimate goal is to protect and nurture his relationship.

HAMZA FOUAD – My funniest moment, and actually my first memory of the show came on my first day of shooting. Most of my scenes in the show are with Alain Uy (who plays Chris Yen). If memory serves, when I came onto set he was mid-conversation in his chair getting some touch-ups. When we made eye contact for the first time we both b-lined it to one another with Chris asking, “Is that my man!?” And myself replying, “Is that my boo thang?” Then hugging like we were old friends. I remember thinking, if the rest of the people I get to work with are even half this welcoming, then I’m in for something special.

HAMZA FOUAD – The fun thing about being a storyteller is that you never stop learning. There is a laundry list of things we all could get better at, and that’s something that very much drew me into this profession. As an actor, I am constantly working on my empathy. I believe to put yourself in another character’s shoes, you have to first make sense of why they are saying and doing what they are. Even if you wouldn’t necessarily say or do the same things yourself. On top of that, I try to make it a point to work on my listening. Acting is reacting, and no matter how prepared you think you are, it all goes out the window if you’re not paying attention and connecting to your scene partner(s).

HAMZA FOUAD – I can tell when I’m reading a great script when I can’t put it down. Most scripts are around 90-120 pages, and I seldom read it cover to cover unless the writing’s on point. I find there is an ease to reading a well-written script that I compare to reading an amazing book. If it draws you in and keeps you engaged, then it’s all you can think about.

HAMZA FOUAD – Acting wasn’t really an option for me growing up. I found my love for the art form relatively late. My family moved a ton when I was young, and that resulted in plenty of new schools. I would join sports teams as a way to make new friends, and when I moved from Ottawa to Vancouver in my final year of high school, we moved a bit later than the enrollment date. As a result, all the sports teams were made up and the school play was my only option for an extracurricular. My intention was to try and be the guy who opened a closed the curtains, however, the director of the play, Mrs. Carol Mann, made everyone read a monologue before joining the team.

One of the main characters of the play had to drop out because he was failing math or something and Ms Mann approached me with the opportunity. When I asked why, she said it was because I had a booming voice. Apparently, that’s all you need for a high school production. So I accepted, and when those lights hit me on opening night, the rest was history. From that point on I couldn’t imagine doing anything else with my time. I enrolled in theater school, soaked up all the knowledge I could and got an agent. A fun tidbit is I booked my first ever audition. That’s when I really saw this as more than a dream, but a profession.

HAMZA FOUAD – 10 years from now I want the world to remember the lessons we have been forced to learn during this pandemic. I believe if we keep those lessons in mind moving forward, we will have a world filled with equality for all, and togetherness on a global scale. In the last six months since the world has stopped, there have also been enormous positive changes in our environment, and it couldn’t have come at a better time. I believe the biggest issue we have as a species is how badly we have been treating our planet, and if we keep progressing in the way we have been, which has been filled with greed and over consumption, we will be leaving an uninhabitable world for our next generations.

HAMZA FOUAD – My billboard would have a picture of my mixed-race nephew, Adden, at four years old, and it would read:

When asked if this child was white or black, he simply replied, “I’m BLUE!”

Figure that would put a smile on anyone’s face driving by. And before you ask, yes. At four he was the cutest most dote upon-able child in the entire world. That is coming from a completely unbiased source.

HAMZA FOUAD – Social media has honestly never really been that important to me, however, I understand the importance of it in today’s day in age. It’s a great tool to stay connected as well as promote yourself and all that, but it also has it’s negative side to it as well. The presence it has in the arts is massive, and I find myself “playing the game” from time to time. Something that productions are considering now more than ever is an actor’s “reach” or social media presence when making their decisions. But I’ve always been a believer that the most talented person in the room gets the part. So I’ve been more interested in developing as an artist, as a man, and as a human being. None of those things require social media. Still, If someone is genuinely interested in a person and their life, what better way than to follow or subscribe?

HAMZA FOUAD – I’d like to conquer my fear of the ocean. Just knowing that there’s so much down there that we don’t know about, makes it pretty scary. I’ve also never been a strong swimmer, so the idea of being stranded in the middle of the ocean, makes my heart race.

HAMZA FOUAD – Asides from my upcoming projects, I’d say I’m most excited about the unknown. I have a very clear path as to where I’d like to end up in life, and something I’ve been getting better at is enjoying the ride. Especially in this industry it’s seldom that you know what’s next, or what’s waiting for you around the corner. I say bring it on. I’m ready and waiting.

4 Things That Will Get Your Business Noticed

If you are struggling to take your business to the next level, then it could be because you aren’t doing enough external facing activity to..
Read More

How To Enhance Your Customer Service Approach

Customer service is one aspect of running a business that you can’t afford to overlook. It’s easy to get too heavily focused on the services..
Read More

If your business operates a fleet that carries out deliveries, manages the logistics of your supply, or even carries out heavy machinery work in work..
Read More