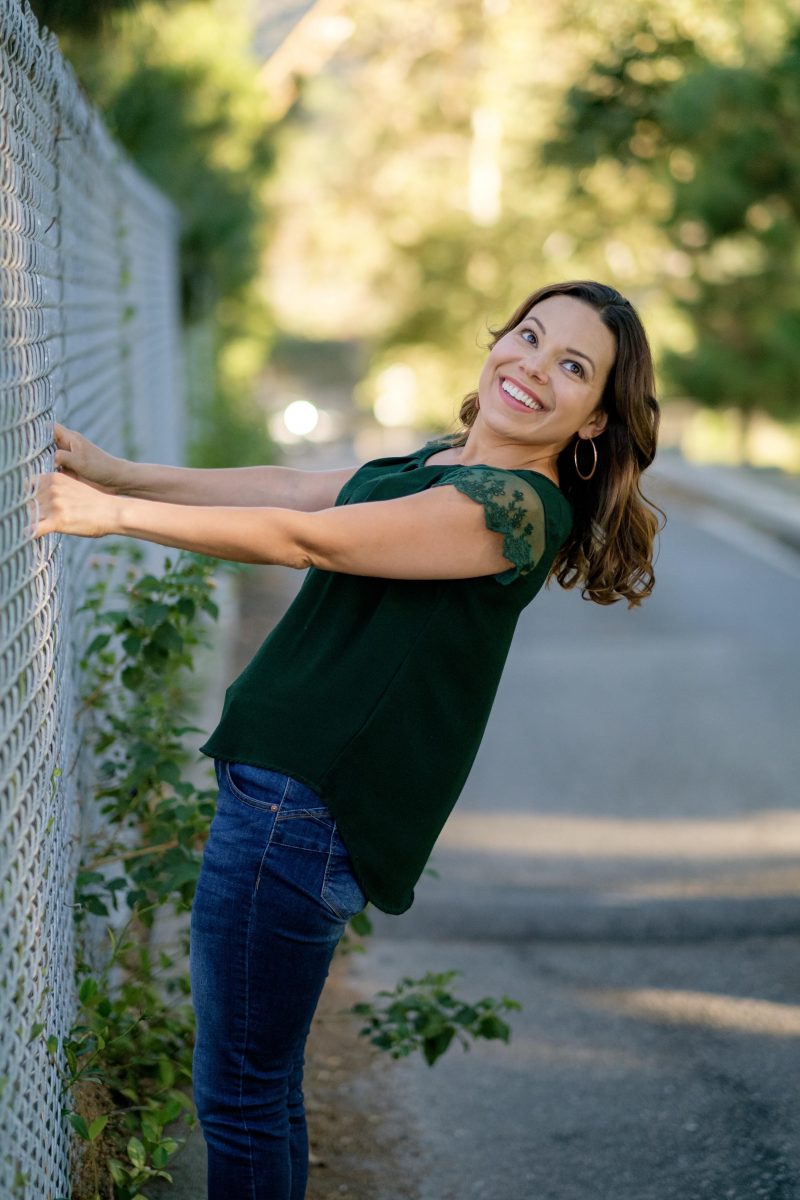 GLORIA GARAYUA can currently be seen in the psychological drama series Reckoning. The mini-series explores the darkest corners of the human psyche through the eyes of two fathers, one of whom is a serial killer. We spoke with Gloria about her latest role whilst also reflecting on her career so far.

AC: What can audiences expect from Reckoning?

Can you give us any teasers on what might be in store for your character?

She’s very mysterious but if you stick around until the end of the season, you’ll get a glimpse of her personal life.

We shot a car scene inside a studio. It was my first time shooting that kind of scene. I had no idea that it could be done with a green screen. And the movements of the car are done by crew members physically moving the car. You should have seen the smile on my face! It felt like I was on a roller coaster! I completely stopped acting. I couldn’t concentrate. Everything going on outside was just so exciting!

I don’t recall any particular lines at the moment, however, I think detective jargon, in general, is so exciting! With everything you find in your research, you feel like you are that much closer to solving the case. And as the episodes unfold, and the twists get tighter, it feels like every line of dialogue is that much closer to closing the case.

Oh yes, of course. It’s important to not play a detective character as a cliché, but rather find a way for this character to exist independently and as truthful as possible in their own circumstances. It’s hard not to replicate everything you’ve ever seen other detectives on TV do.

Most of my scenes were with my detective partner Aden Young. The first time I had a scene with Sam Trammell, I was trying so hard to act calm, but inside I was so excited! I just kept remembering him from True Blood!

I have now figured out how to minimize my facial movements. In real life, I am such an animated person. It’s fine in real life, but on camera, those movements just look larger than life and sometimes ridiculous. But now my next step is making sure that these minimized moves are not manipulated but natural, and also that they still portray the core of the emotion I am feeling at the moment. However, I teach acting, and I’m always telling my students to not worry about what their face is doing but rather to feel the emotion. So, maybe I should just let it go!

If I’m emotionally moved and can’t take my eyes off the page!

When I was 17 and a senior in high school. It was time to choose a major in college and I did serious soul-searching. I picked acting because it was something I was very interested in, and something that I had a talent for but I knew that talent needed further development.

What was it like growing up in New York?

Cold. [Laughs] Also, most of my childhood was indoors. My parents did the best they could, but there was no money for extracurricular activities. So September through June, I was fine and busy because I took school very seriously. However, the summer months, when school was out, were always boring for me.

Occasionally my mom and dad could afford to take me somewhere but for the most part, my summers were spent inside our Bronx apartment while I played with dolls, watched TV, and ate cheese puffs and Reese‘s peanut butter cups. Those were my favorite! Yeah, I was definitely round as a child!

I know, I know. Not ideal. But not every family can afford to send their kids to summer camp, or to spend the summer away somewhere. It is what it is, it was what it was, and I turned out fine as a result. If anything, all that time alone helped me grow my imagination which is one of the reasons I think I am an actress today!

Honestly, I wish I didn’t have to do it, but it is the reality we live in and I have to. Those people who get to a level of influencer, get money, an audience, sponsorships, and free stuff. I don’t really think that’s my endgame, however, I realize that without a presence online today, it’s as if I don’t exist. So I try to play the game to the extent of my own comfort.

I really wish that our temperatures would normalize and that the oceans were clean. I wish that all wildlife were happy and had what they needed. I wish the Amazon and other rainforests could thrive and that within them would be a plentiful ecosystem in both animal life, and plant life. I wish no one in the world would starve and that everyone had love and joy in their hearts and that violence was a rarity.

An app that would allow me to read other people’s thoughts. I will either love it or hate it! [Laughs]

I am so aware of the presence of the camera, not in an intimidating way, but in a way in which I am always thinking about on-the-camera technique. It would be nice to let all of that go and just exist and let the camera pick up the privacy of the character.

I will be playing the role of a woman in the witness protection program. Looking forward to that. I love emotional stuff in the script.

Aside from your upcoming projects, is there one thing you’re particularly excited about for the future?
Growing up! [Laughs] I want to own property soon, get married, and start a family.