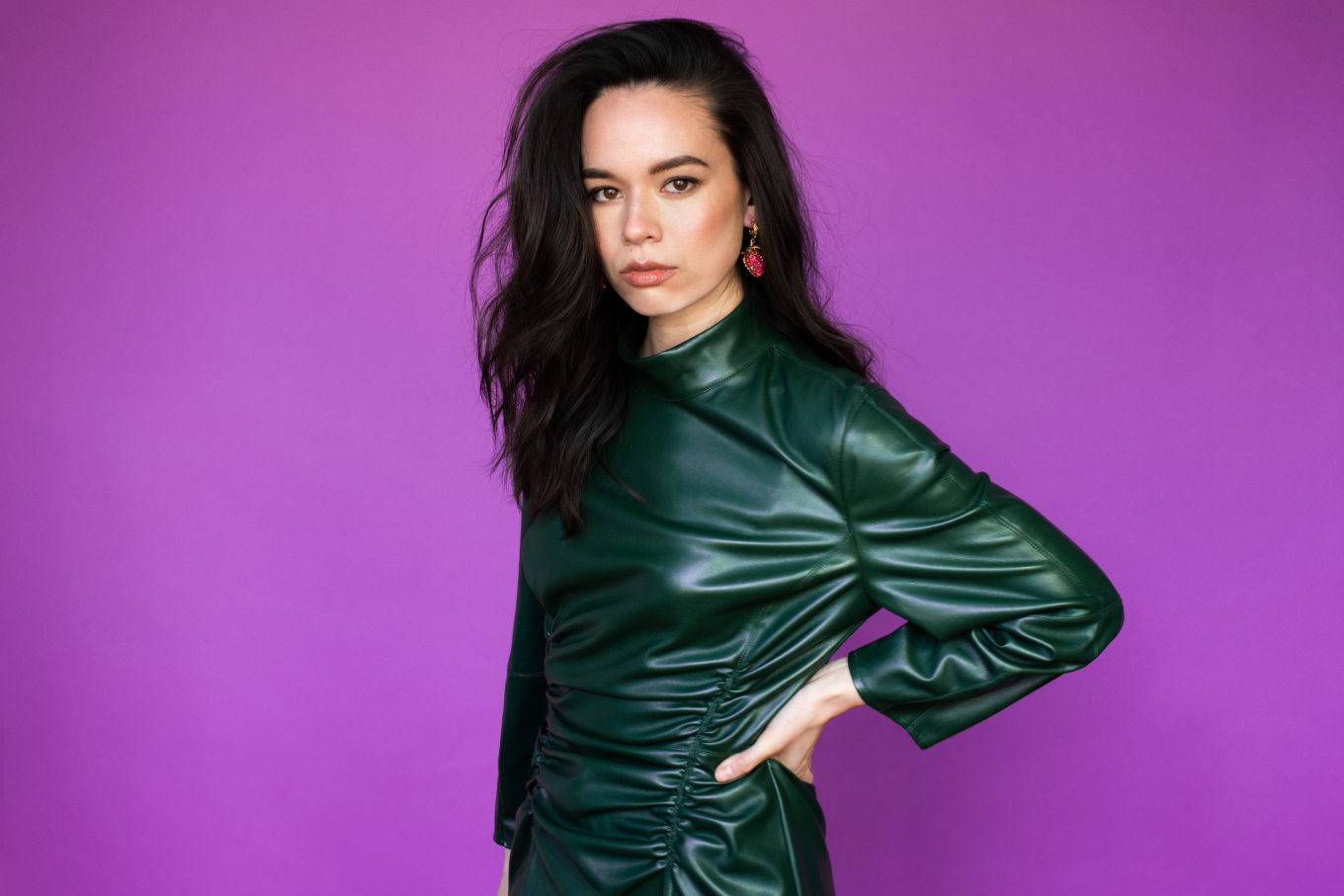 GENEVIEVE KANG can be seen in a recurring role in Netflix’s supernatural thriller Locke & Key which premiered on February 7th.

Locke & Key revolves around three siblings who, after the murder of their father, move to their ancestral home in Massachusetts only to find the house has magical keys that give them a vast array of powers and abilities. As the series unfolds, they discover they are in a fight for the keys with devious demons who will stop at nothing to attain them.

AC: What can audiences expect from Locke & Key?

Can you give us any teasers about what is in store for Jackie Veda?

Jackie’s perspective of the world around her gets turned on its head, but she’s not one to sit on the sidelines and is always up for a good challenge — especially if it involves helping those she cares about.

Sure. Yes, some. In small doses and always consumed in the company of others. I’m a big fan of the films Get Out, Us, Hereditary and the like (I have yet to see Midsommar). I also really love Darren Aronofsky’s Mother!

If you haven’t already watched the behind-the-scenes footage of Petrice (who plays Scot) spooking Emilia (who plays Kinsey Locke) throughout the duration of filming, then you’re missing out.

I wouldn’t know, because we didn’t actually film there! But I’m happy our exterior shots in Lunenburg, Nova Scotia played so well as Massachusetts. Lunenburg is this adorably quaint town that we were so lucky to get to film in both the late winter and early summer (though, the majority of filming takes place in Toronto). The east coast is so beautiful, I’d love to go back and explore more.

When I can’t put a script down and I’m envisioning how each scene might be shot, that’s usually a good sign that the material is captivating. The story is calling for my attention. It’s a great script when I want to see the material through to the next steps — lifting the words from the page and breathing life into them.

What am I not still trying to learn!? What does Michael Scott (The Office) say? “The day we stop learning is the day we die.” I think for as long as you remain curious, you’re going to continue learning. I guess something I’m exploring and leaning into more is my ability to surrender within my work. Preparation of character and story and dialogue is important, but so is being present and showing up and honouring where I am on any given day. It’s important to understand the material, of course, but equally as important is trusting my instincts and holding space for possibility and organic combustion (as I’ve recently been defining it). Two parts coming together to create a spark, chemistry. Even if you’re doing a scene by yourself, this spark exists individually and within.

Only a few years ago. I’ve technically been a part of the industry since I was a teenager, but for a long time approached acting as more of a hobby. After completing a number of degrees and pursuing several side hustles, I finally mustered up the courage to take the leap towards acting full-time. Now, I can’t imagine doing anything else.

Social media is so fascinating to me. It’s not something I grew up with, but I have learned to appreciate it in more recent years. I really love that whether it’s Twitter or Instagram, these platforms allow us to connect with people who we might not otherwise. I’ve personally met some very lovely people through social media, many of whom are good friends (in real life!). That said, it’s also really important for me to exercise boundaries with how often and in what manner I engage with social media. I try my best to be intentional about the content I’m sharing and with which I’m engaging. Like all things in life, there’s pros and cons! Above all else, face-to-face interactions will always be my preferred way to connect with others. Of course, with everything currently going on in the world with the coronavirus pandemic, social media has been an incredible means by which we can interact with our networks. However, if Instagram shut down tomorrow, I wouldn’t be heartbroken. I’d just pick up the phone and call a friend.

Wow, this is a big question. You know, I look at the world today and while there’s so much global suffering — of which I do not disregard — I can’t help but feel hope for the future. Seeds of possibility and change are always being planted. It’s just a matter of whether or not we choose to nourish those seeds. I’m really passionate about the environment and our connection to it as a collective. I believe that in order for us to heal the planet, we must first heal ourselves — emotionally, spiritually. In ten years, I hope that people are taking better care of themselves. I hope people are being more intentional with their thoughts, words, and actions towards self and others. I hope people are taking greater responsibility for their impact on the environment and the world around them. Perhaps this is a lot to ask in just ten years, but I have great faith in us as humans.

This may already exist, but I’d love to create an app that connects you to hundreds of alternative health practitioners. Everyone from Traditional Chinese Medicine (TCM) and Ayurvedic doctors to holistic nutritionists, acupuncturists, and intuitive therapists. I have a background in holistic health and wellness and I feel like I’m already well-equipped with my own network of wellness practitioners. As such, a lot of friends or family members will reach out to me for recommendations. This app could serve as a directory for these different practitioners, detailing their work and areas of specialization, as well as a platform for sharing information specific to their brand. Ultimately, this could be a really fantastic tool for both those who are already familiar with alternative health and those who are curious but are seeking more information and insights.

Today’s to-do list: be kind to yourself and others.

Oh my gosh! Singing. I actually don’t think I’m a terrible singer, but I have the vocal training and musical confidence of an old shoe, so I definitely don’t like singing in front of people or a camera, or anything other than my cat and the tiled wall in my shower.

Locke & Key has just been renewed for a second season, so I’m really looking forward to reuniting with our incredible team!

I have this dream of one day building a home on the coast, which right now I envision as being in the Pacific Northwest, where I’m currently located. I’m a bit of an architecture and design nerd insofar that I love curating interior spaces, as well as conceptualizing how larger structures interact with their environment. When I was about 9 or 10, one of my favourite hobbies was sketching floor plans and designing homes (yep, nerd). At one point, I actually considered becoming an architect! I still find so much joy in designing and sketching today. The coastal home I dream of will be built with the unique landscape on which it is located very much in mind, as well as by using as many sustainably-sourced and environmentally-friendly materials as possible. I’m also just getting into gardening and growing my own vegetables for the first time and I’m excited to learn more about this practice that I think is really important — and which I have some small regrets not learning more about from my parents when I was younger, because it’s a huge part of their lives.