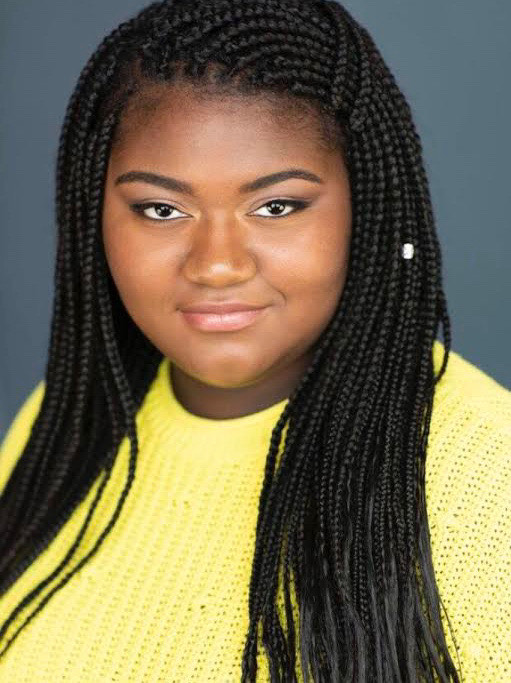 Best Shoes For Standing All Day

The best shoes for standing all day often have the unique ability to balance comfort with style. Have you been searching high and low for..
Read More

The best parkour shoes are reasonably priced, durable and offer a strong grip. The best freerunning shoes are lightweight and offer a good grip. There..
Read More

The best shock absorbing shoes are able to successfully balance both durability and comfort. Regular exercise is always recommended, but it’s only going to be..
Read More

GENESIS DENISE HALE is currently starring in the new Showtime series The Chi, now in its third season. Genesis is a 15 year old actress, poet, emcee, vocalist, as well as a a anti-bullying advocate from the south side of Chicago. We caught up with Genesis to talk about her latest work.

AC: What can audiences expect from The Chi?

GENESIS DENISE HALE: The show in its entirety is about coming of age. So, what I can say about this season and maybe the upcoming seasons is that you will definitely see a lot of what happens after or once you come of age to more so thrive than “survive” in Chicago.

GENESIS DENISE HALE: Maisha initially started off as a bully. Later on, she started to become more of a “love interest”. I know I’m reading a good script when I forget that I’m reading a script. I personally begin to think of Maisha as her own character, but what I’ve come to realize is that, Maisha is not only a force that shifts the energy of whatever scene she is written into, but also a base for any of the other characters to build their own energy off of.

GENESIS DENISE HALE: I think Maisha’s ultimate goal is to grow into herself more, become more confident, and simply be successful in whatever she chooses to put her mind to.

GENESIS DENISE HALE: Well, almost every time we step on set there’s something funny that goes on. However, I remember sometime around season 1, my coworkers and I had to learn how to skate (or at least stand up for more than a minute without falling).

GENESIS DENISE HALE: As an actor, I am still trying to master the art of putting less of myself in the role and actually build a character from near scratch. I want to look at myself on a billboard or in a theatre and not be able to recognize myself. I want my name in the credits to be the only thing that reminds me that I was in it.

GENESIS DENISE HALE: As I mentioned above, I know I’m reading a good script when I forget that I’m actually reading a script. If I’m at a table read with my castmates and we actually feel moved to laugh, cry, scream, or all of the above, then I know that an amazing script has been written.

GENESIS DENISE HALE: Once I stepped into the trailer for the first time, everything I thought of myself and what I thought brung me joy completely shifted. As if I became a different person, my voice, attitude, walk, even breath pattern started coinciding with what was going on around me as if I had already been there or this space was made for me. I felt like I belonged. The final missing piece of a 500 piece puzzle, if you will. I felt at that moment if I were to do anything else that wasn’t in the arts I would lose myself and my “calling”. That is when I knew I wanted to do this forever.

GENESIS DENISE HALE: I want the world to be a hub of unity and love for all people. I want every race/tribe to have their own way of society. To believe that even though we have economic differences, no one is inferior and that anyone with a sound mind and a good heart has the same opportunity to “make it” regardless of what their exterior looks like.

GENESIS DENISE HALE: I would put my favorite personal quote that says “Master the art of being alone, and you’ll never be alone again”

GENESIS DENISE HALE: As of now, social media is the only way that I can get my message out to a large group of people. Since I can’t go and tell people face-to-face how to change the world and their situations, I use my platforms to spread love and provide a space where people can be themselves regardless of their parents. So yeah, social media is pretty important to me right now.

GENESIS DENISE HALE: I don’t really have an idea for an app at the moment. However, if I did, I guess it would be an app where you can go to save and create free affirmations that change your current state of emotion and inspire you to do great things on a day-to-day basis. You can also get reminders to research affirmations and have some given to you if you don’t have any at that moment.

GENESIS DENISE HALE: The biggest fear I would like to conquer is being able to walk into a room that may or may not hold the most powerful person in the world and still be able to speak as if I am just as powerful. I want to walk into any room and be able to speak without feeling as if my opinion is not valid.

GENESIS DENISE HALE: I am most excited about finally getting a clear idea of who I am and what I stand for, while also building a space for others to do so as well.

How To Boost Customer Sales For Your Business

Customer sales are an important aspect to the longevity of your business. Without revenue from consumers your business would not be able to survive. So..
Read More

2 Simple Reminders Why Your Business Should Be Compliant

It is something that should be second nature to companies, however, being law-abiding and ethical is not something that seems so straightforward in many industries...
Read More

Run A Small Business? Here’s How You Can Save Time And Stress

Running a small business takes a lot of work. You’re not only the CEO, but you’re also the accountant, the marketing executive, the admin assistant..
Read More