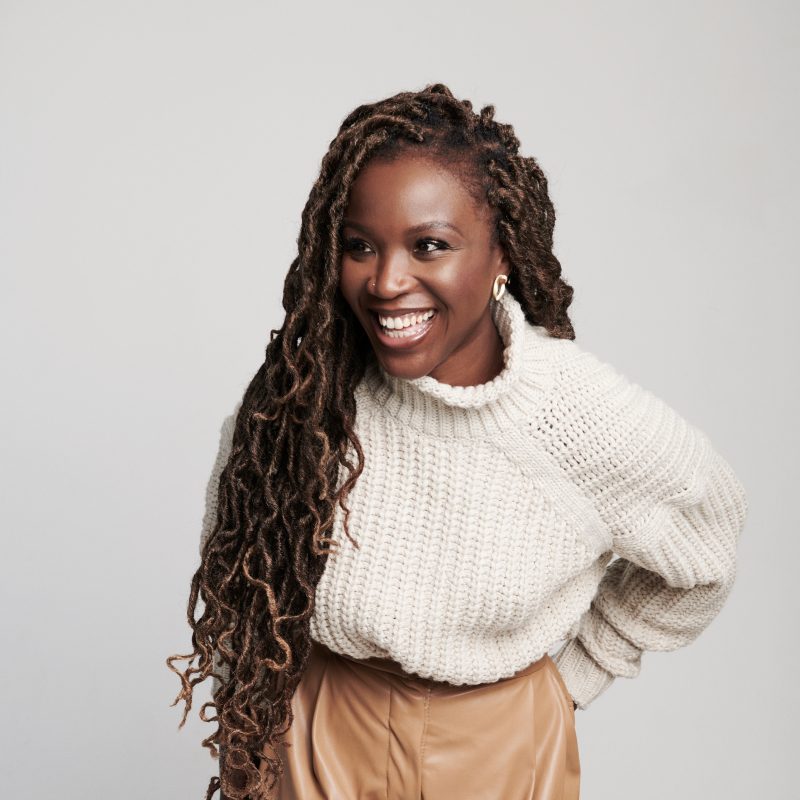 FAITH ALABI can currently be seen in HBO miniseries We Are Who We Are from Luca Guadagnino.

We Are Who We Are is a lyrical coming-of-age drama. Set on a U.S. Army base in Italy in 2016, the limited series follows a group of interconnected teens and adults who all used to be one thing or another, and are struggling to figure out who and what they’ve become.

AC: What can audiences expect from We Are Who We Are?

FAITH ALABI – A slow-burn immersive experience in a world with characters you’ve never seen before. We Are Who We Are follows two American kids, Fraser and Caitlin, who live on a U.S. military base in Italy, while they explore friendship, first love, identity, and all the messy exhilaration and anguish of being a teenager.

FAITH ALABI – Jenny is Caitlin’s mom, they have a fraught relationship. Jenny works on the base as a housing officer, helping new families settle in when they arrive. When the Fraser arrives with his family because of his mom’s appointment as the base’s new commander, cracks in Jenny’s family begin to widen. Jenny really wants her husband Richard to treat her son Danny, from a previous relationship, as his own like he promised. When this doesn’t happen, a void between Jenny and Richard increases. Meanwhile, Jenny develops a bond with her new neighbour Maggie. Through getting to know Maggie, Jenny is encouraged to start claiming life for herself, outside of being a mother, wife, colleague etc, and begin a journey exploring and discovering what truly serves her. Without revealing too much of a spoiler, she completely surprises herself along the way.

FAITH ALABI – I think Jenny wants to be loved.

AC: What was it like working with Luca Guadagnino?

FAITH ALABI – Luca was amazing and put some personal things I spoke about from my Nigerian heritage into the script.

FAITH ALABI – Yes, immediately my mind goes to a time Luca told me and Alice a true story, which I absolutely cannot repeat here. More tame laughter came from times when my family were in the background of shots so you couldn’t hear our dialogue and Scott would be goofing around. Or when I almost flew into the sky when the wind machine made my coat into a parachute – I really and truly blew over!

FAITH ALABI – My lines. Real talk. I have ADHD, Scotopic Sensitivity Syndrome and some specific learning difficulties which means I find it hard to learn lines quickly. I read with purple prescription glasses and print my scripts on purple paper and use Voice recorders to make it easier for me. I look like an eccentric diva whenever it’s the first read-through because it looks like I’m wearing sunglasses indoors and reading lavender scripts but it’s actually cause I’m a nerd.

FAITH ALABI – I used to be a script reader for the BBC Writers Room as a side hustle and we’d look for scripts that surprise you; leave you feeling moved in some way; transport you into a vivid new world; and/or provoke thought and challenge views. I still go by that.

FAITH ALABI – During the global financial crisis. I was going into my final year of university and nobody was graduating with jobs really, even the ‘safer’, more traditional ones, so I thought I’d go for something I enjoy and am passionate about. I hadn’t done any acting since playing ‘Whore No.2’ in Les Misérables at school, so I got a recommendation from Talawa youth theatre to try auditioning for drama schools. I told myself if I got an offer from one then I’ve got potential to make it into a career. I was offered a scholarship to train at the one I liked the look of best, and started to take it more seriously after that.

FAITH ALABI – Far less hostility with all lives valued equally by all humans. I’d love if we valued, appreciated and respected nature. It would be amazing if community was a core value in society. More love. More compassion. More empathy. It would be amazing if friendly aliens joined us for a bit too. I’ve been trying to invite them over for ages.

FAITH ALABI – More important than it has been in the past because I used it more for activism this year since I was shielding during lockdown and it wasn’t very safe for me to attend protests.