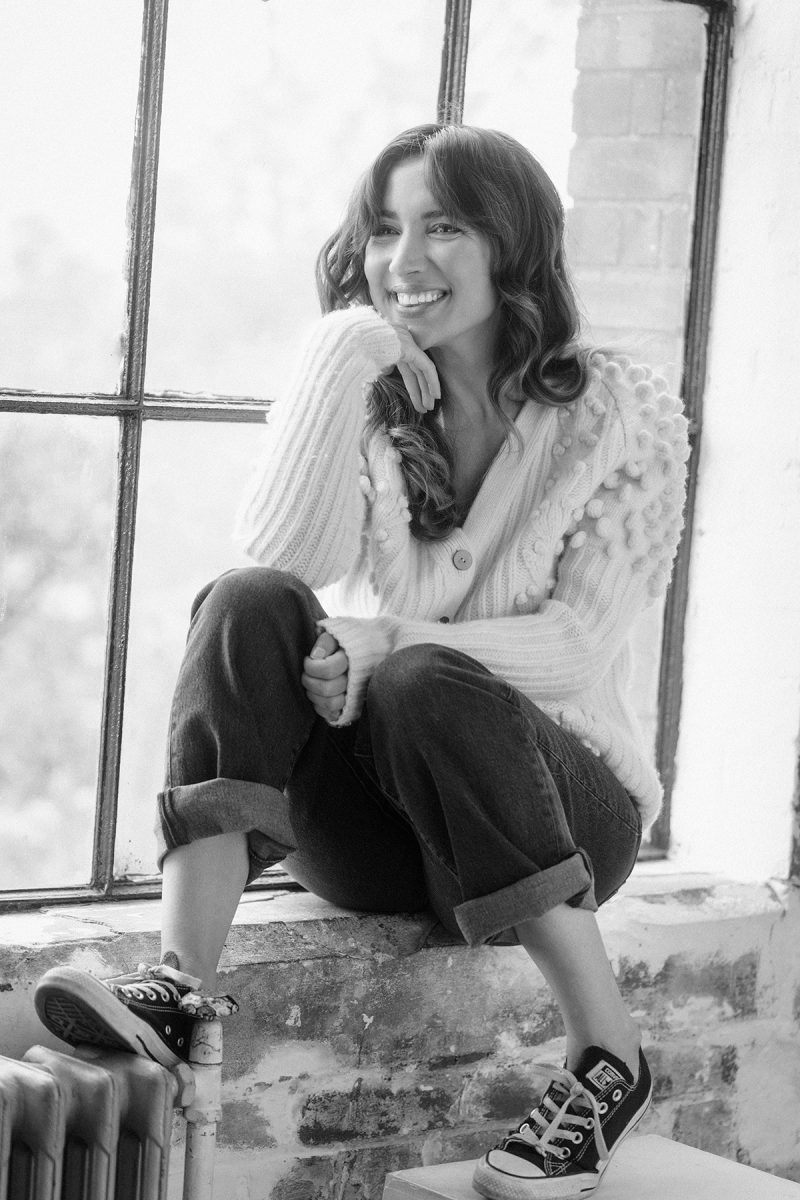 ESTHER SMITH co-stars opposite Rate Spall in season 2 of Trying, which is currently available to stream on Apple TV+.

The sitcom follows the struggles of a young married couple trying for a baby. We caught up with Esther Smith to talk about her role.

AC: What can audiences expect from the new season of Trying?

ESTHER SMITH – It’s a really lovely continuation from the first series, with the same heart and humour. This season we see Nikki and Jason faced with trying to be matched with a child, it’s a tough process involving competition and heartbreak. We also see a lot more of the other characters’ world, what they’re struggling with and what they’re trying to achieve.

ESTHER SMITH – I think ultimately, she wants to be a mom, start a family with Jason and be happy.

ESTHER SMITH – This is terrible but it’s often at Rafe tumbling over. It really sets me off. Or when we put Imelda in the recycling bin to see if she could fit.

AC: What has it been like working with Rafe Spall?

ESTHER SMITH – Always a joy. He’s the kindest, funniest person and it’s a real pleasure spending time in his company.

ESTHER SMITH – It just carries you along, you turn the page instantly and want to know more. It doesn’t feel like a chore and you’re moved in some way, whether it be tears or laughter or ‘WTF?!’. It’s always the most exciting feeling when you stumble across something that, that ticks all of the above, because I think that’s really hard to achieve and ultimately hard to come by.

ESTHER SMITH – When I was given encouragement from a teacher. I’m not sure I would’ve had the self-belief to pursue it, as it always felt like a thing other people did, for people who lived in London. It felt a bit too out of reach at 17. I think so many people owe their career to those teachers that have said ‘you can’ … they are two of the most important words.

ESTHER SMITH – I’d like our climate to be healthy, I’d like us to be more aware of our community and less nuzzled in social media. Better infrastructure for mental health. And operating in a world that’s realised its capability for equality and acting on it. And also hoverboards.

ESTHER SMITH – It’s a tricky one – I think during the pandemic it’s been a great way to connect. However, I find it scary, to be honest. I have Instagram and Twitter, but I mean, my attempts on it are a bit lacklustre, I’m not very active on it because I find the whole thing a bit overwhelming and forever thinking everyone else has a far more interesting life than me.

ESTHER SMITH – That the plan is absolutely out of our control.

ESTHER SMITH – Eating inside and queuing under someone’s armpit for a drink.