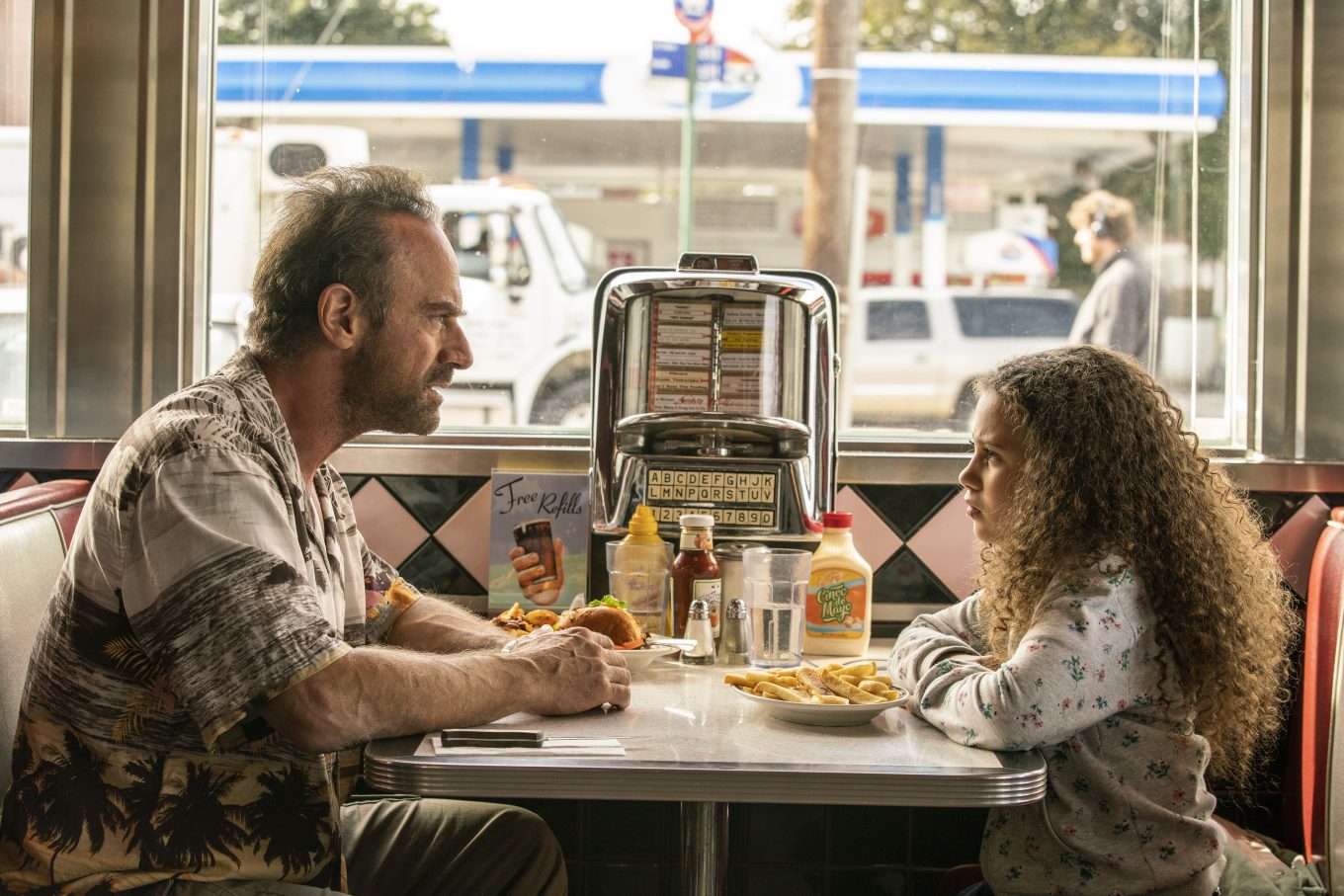 BRYCE LORENZO is the breakout star in SyFy’s dark comedy Happy, now in its second season. The show follows Nick Sax (Christopher Meloni), a corrupt ex-cop turned hitman who is about to hit rock bottom until his inebriated life is forever changed by a tiny, relentlessly positive, imaginary blue-winged horse named Happy (Patton Oswalt) which was sent to him by his daughter Hailey (Bryce Lorenzo) whom he has never met.

AC: What can audiences expect from the new season of Happy?

BRYCE LORENZO: I think audiences got even more crazy twists and surprises than they did in season one. Like (spoiler alert!) the killing of three main characters in the finale!

One day on-set Patrick Fischler aka Smoothie and I were singing “Escape” by Rupert Holmes. You know, the piña colada song? We didn’t realize the camera was rolling though so at the wrap party I heard us singing and when I looked over, they were playing the video.

I’m still trying to learn how to access emotions that may be new to me. I think that’s important because the emotions of a character can carry a story and say even more than words.

How would you describe Hailey and Nick’s father-daughter relationship?

Three words: Really. Messed. Up. Nick and Hailey are going through some difficult times and she knows he is trying his hardest but he just seems to always mess things up.

What has it been like to work with Christopher Meloni?

It has been an amazing experience! He taught me that less is more. When you can see him transform into his character, it makes me want to perform better. Overall, he is a phenomenal actor and person.

Do you think Hailey has an ultimate goal?

For this season, I think Hailey’s goal was to have a real relationship with her father but instead she ended up losing him in a way that she never would have imagined.

How do you relate to your character? Is there anything you have in common?

I can relate to Hailey because we both are very driven. We won’t stop until we reach our goals. But, we are different because she has been through some horrific experiences that would only come up in my nightmares. I’m also lucky that I have a strong relationship with my family who I can trust and I know loves me.

Where did your passion for skateboarding begin?

It began when I was four years old and then I stopped for a while because it was just more of a fun hobby instead of something I was committed to. But when I was eight years old, my sisters were hardcore skaters so I figured why not try it out again, and I have been skating my heart out ever since!

How many tricks can you do on the skateboard?

I can’t do any tricks…yet! But I do know how to drop into 8ft and 10ft ramps!

Brooklyn is such a cool and laid-back place that offers awesome street culture and art. It fits my personality and I just love it!