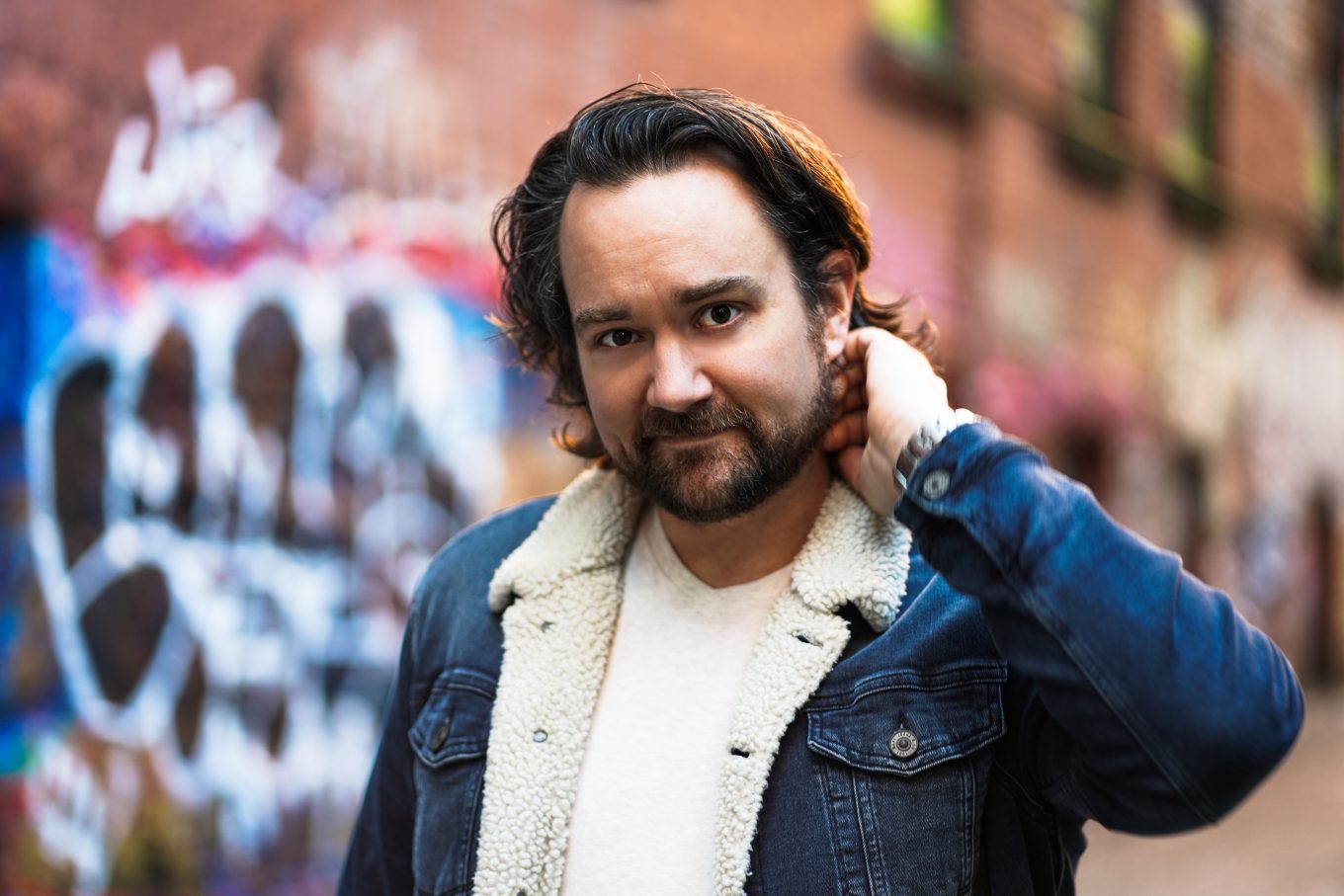 Brendan Taylor can be seen in the Netflix original series Firefly Lane.

The Netflix drama based on Kristin Hannah’s novel follows two women over 30 years of friendship and falling outs. With its time-hopping structure, episodes bounce between the eras as we watch the two friends evolve throughout the decades. Fans of the uber-popular book are in for a treat with the series already drawing parallels to the movie Beaches.

AC: What can audiences expect from Firefly Lane?

BRENDAN TAYLOR – The show is a dramatic series, told over three decades, of how the greatest love story can be between lifelong friends. Tully and Kate meet as young girls, and couldn’t be more different from each other, but find a bond and deep friendship that lasts through the decades and through the years is put to the test by tragedy, career, motherhood, family, and a love triangle. You can expect a diverse and talented cast, an excellent soundtrack, awesome outfits, plenty of laughs, and tears too!

BRENDAN TAYLOR – Mutt is the loveable cameraman who works for KPOC, the small TV station in the 80’s timeline alongside Kate, Tully, and Johnny. He’s loyal, does anything for the get, but has a big heart, and eyes for Kate from the moment they meet…

BRENDAN TAYLOR – Good question! I don’t think anyone should underestimate Mutt. He takes pride in his career, knows what he likes and doesn’t, and you can count on him for being spontaneous and ambitious. And he wants true love, just like everyone else!

BRENDAN TAYLOR – Too many! It was such a fun set to be on. The whole cast is hilariously funny and witty! Sarah Chalke is hands down one of the funniest people I know, and she has an incredible laugh, and if you get her going it’s infectious and before you know it we’re all cry-laughing!
AC: As an actor, what are you still trying to learn?

BRENDAN TAYLOR – Great question. I’m still trying to learn to trust my instincts and my preparation; sometimes we don’t get a ton of time to work on our material, and any actor will tell you it’s easy to get caught up in trying to “get it right”. Being present and grounded will always center you. That goes for life too.

BRENDAN TAYLOR – I’m quite analytical when it comes to reading scripts. Writing style really says a lot about the writer and their experience level. So when the words and images flow naturally, and my brain stops analyzing and is taken on a journey, I know I’m reading something I’d love to see come to life on screen or stage.

BRENDAN TAYLOR – Acting became a passion of mine early on in high school, and I showed promise, but having a mother who worked on the other side of the camera and growing up around film sets, the idea of actually being in front of the camera as a working actor almost seemed more far-fetched. But I kept up training for the love of it, and when I moved into the technician side of film myself and spent so much time around actors, I began to yearn for their life and what they got to do as a career. It wasn’t until my late twenties that I saw it might be possible to have what they did.

BRENDAN TAYLOR – First of all, NO MORE MASKS! Here’s hoping we can go back to normal life pre-pandemic and be close to people and see them smile! Secondly, I hope we as a global community will have addressed many of the pressing issues that threaten the world as a whole. Many people are hurting right now, and so is our planet, and I hope we all open our eyes and look at the big picture.

BRENDAN TAYLOR – It’s a dangerous game; social media is pretty vital right now to stay in touch with family, friends, peers, and fans since we can’t really see each other in person. But too much time on social media can really start to distort your reality, so it’s important to get outside and connect with nature on a regular basis…or your brain will melt. Swear.

BRENDAN TAYLOR – My biggest realisation has been taking stock of how lucky I’ve been to have had all the experiences I have before the world changed. Firefly Lane finished shooting just before the world shut down, so to have that blissful ignorance and to have been able to hug people and not think twice about it was a blessing. I was also involved in an immersive theatre production a few months prior, where dozens of audience members were in a large explorable space, and we could interact and be face to face with them. Oh, what a privilege that was.

BRENDAN TAYLOR – KD! Yup, Kraft Dinner. I still eat it, with ketchup. It makes me feel like a kid again and brings me back to simpler times! Though best to not eat it too often, and balance it out with some greens!

BRENDAN TAYLOR – I’m excited about finishing my reno project and settling into my new home. I’m excited about warmer weather around the corner, and road trips! And I’m excited about the industry returning this year. Which it will! There will be a pent up demand for content, and I think Film and TV will boom once more. It just might look a little different. And I think this whole past year will teach us lessons, or has already, about what we need and want going forward. For ourselves, and for our communities.