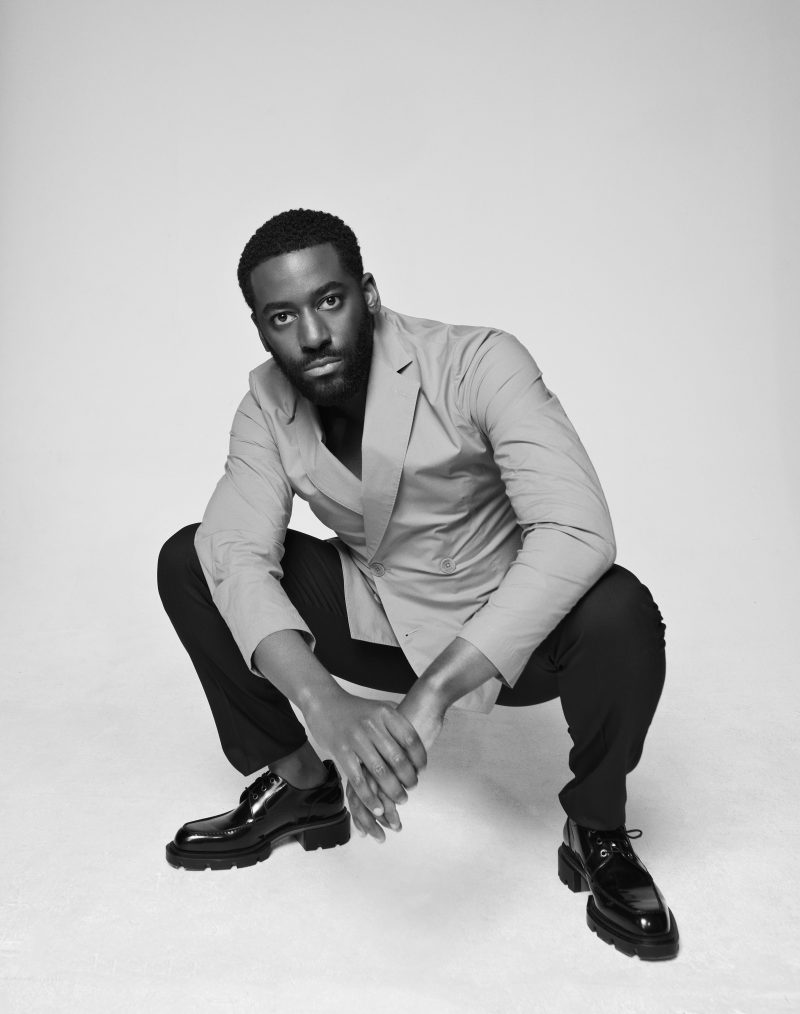 ASHLEY THOMAS is starring in the new ITV drama The Ipcress File.

The Ipcress File is an enthralling and atmospheric espionage thriller set in Berlin and London during the 1960s.

We caught up with Ashley Thomas to talk about his new role.

AC: What can audiences expect from The Ipcrss File?

ASHLEY THOMAS – I think audiences can expect style, strong performances, solid writing and a big scale. It’s based on the classic Len Deighton books and has been adapted by John Hodge (Trainspotting) and directed by James Watkins (MacMafia).

ASHLEY THOMAS – Maddox is a CIA agent, working around the world and is stationed in the UK during this season. I read a book by Leutrell M Osborne Sr. which was very helpful to my process. The book gave me an understanding of the culture in the CIA at the time.

ASHLEY THOMAS – I think Maddox’s ultimate goal is justice, by any means. The show is set in the 1960s during an intense time. The Civil Rights movement were fighting for social justice to gain equal rights for Black people in the United States.

ASHLEY THOMAS – There were a few funny moments on the set and off the set. Tom Hollander is hilarious. He’s got that dry humour that I love. Joe Cole is funny too, he & I would work out in the gym together, sending each other sweaty faced pictures when the other one was shooting to keep each other motivated.

ASHLEY THOMAS – Everything. I’m always trying to develop, become a stronger and more authentic actor. I love working with experienced older actors because I learn so much from just watching them or being in a scene with them. I’m not afraid to ask for help, I ask people that I respect for advice that can help me. I believe the learning never stops because each character, script and environment presents new challenges.

ASHLEY THOMAS – I just go on what feels right to me, usually, if I can’t put the script down, I read it straight through and I get to the end really quickly even if the script is lengthy. I love when I’m surprised by a script.

ASHLEY THOMAS – I’m still struggling with that concept now and I’m doing really well. It’s a very uncertain career path. I’ve always wanted to be an actor, I didn’t know how to make it a career but I probably started to focus on it around 12 years old at secondary school and just haven’t stopped.

ASHLEY THOMAS – I do love that I can stay in touch with people I love and celebrate moments on there. It’s also a cool way to show love and for people that follow my journey or my work to reach out show love. I like that I can tell people what I’m up to on there. But I limit its importance in my life and try to keep my time on there to a minimum.

ASHLEY THOMAS – Getting therapy is important. Men have been encouraged to be tough and not talk about problems or traumas but I’ve realised that talking helps me.

ASHLEY THOMAS – I’ve never thought of making an app before this question but maybe an app where you can take a picture of yourself and test out different realistic barber level haircuts and beard trims so you can see what it looks like before you commit to the cut haha if that doesn’t exist already.

ASHLEY THOMAS – Music! I love listening to UK garage or some old R&B. Jodeci, Dru Hill, Total. Music gets me in my nostalgic bag. That music always makes me feel happy.

ASHLEY THOMAS – Growth in life and travelling again which has been difficult these last couple of years. There are so many countries I would like to visit.