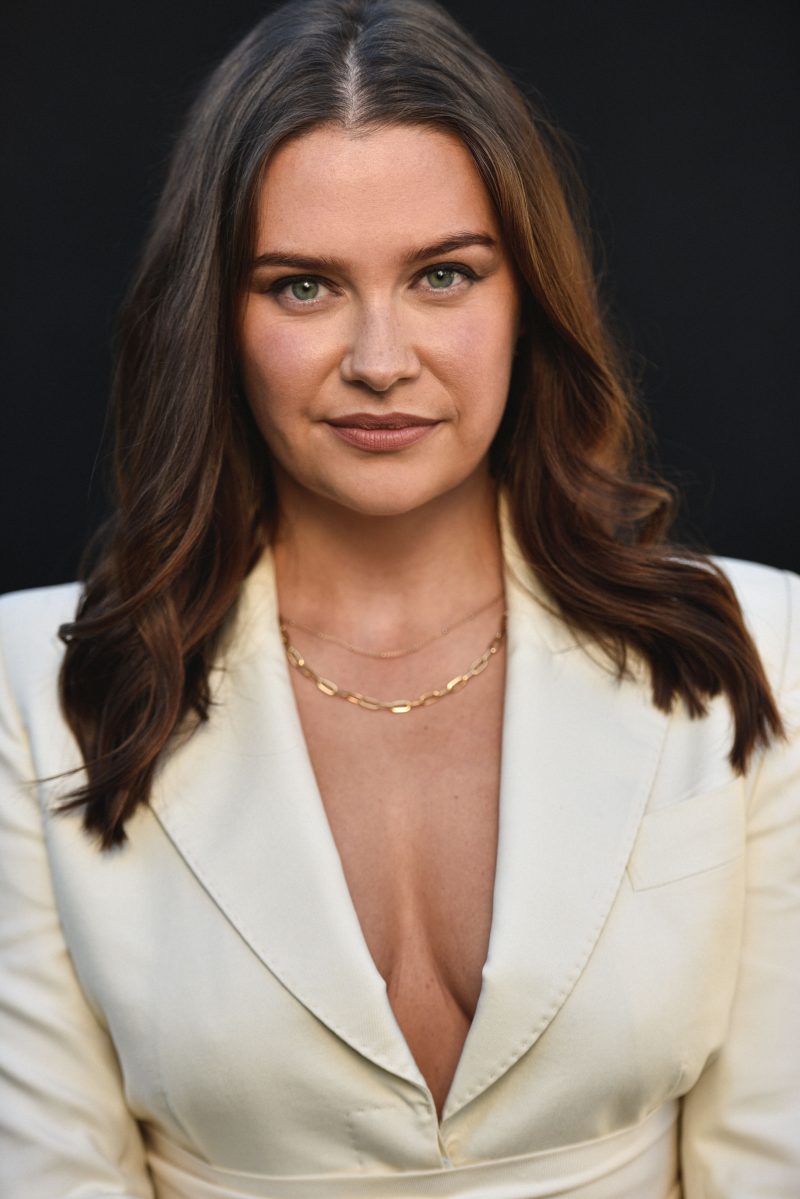 ANDREA VALLS is currently starring in Cheaters on BBC One and Player.

Told in ten-minute chapters, Cheaters is a sexy, messy comedy about love, morality, and monogamy.

We caught up with Andrea Valls to talk about the new series.

AC: What can audiences expect from Cheaters?

ANDREA VALLS – You can expect a hilarious, binge-able new comedy that you absolutely, 100% should not watch with your Nan. If you can help it.

ANDREA VALLS – I play Nina, Josh’s (played by Josh McGuire) sister. She’s in a committed, but not perfect relationship, with her wife Georgia (Shiloh Coke). Nina is Josh’s shoulder to cry on, and his moral compass. She provides a compassionate soundboard for him, whilst also ripping him a new one at any chance she gets!

ANDREA VALLS – She really loves her wife, and the life they have created together. In the show, the pair are trying to conceive, but it’s revealed that there may be trouble in paradise. All Nina wants is to stay in a happily married bubble with Georgia, which is why she may see some of the infidelity happening around her as a threat to her own relationship’s stability.

ANDREA VALLS – It was a laugh a minute on set. A particularly fun day was shooting the scenes in the minibus. We were all like naughty school kids left unsupervised by the grown-ups. We had a lot of fun at this show.

ANDREA VALLS – Everything! How to be really truthful to your character, how to relax and have more fun and how to celebrate small wins along the way.

ANDREA VALLS – When I can see it playing in my head! If the characters are detailed and nuanced, the images play like a film in my mind and I just know it’s great storytelling.

ANDREA VALLS – Very clichéd, but actually always. I’ve always seen myself in the arts, particularly on stage and in front of a camera. More recently I’ve been imagining what would happen if I took more of a creative approach and tried my hand at directing and producing. It’s such a varied and exciting industry to be a part of.

ANDREA VALLS – Social media is where I can do what I love all the time. I use my stories on Instagram as a way to be funny and experiment with sketches and my comedy. I write my own small skits and upload them weekly to instagram. A lot of my followers I think came across my page because of the kids show Waffle the Wonder Dog, but have stayed for the ‘lol’s.

ANDREA VALLS – That even the smallest amount of progress is to be celebrated. Things don’t have to happen all at once and in a big way to be meaningful. Patience is a virtue.

ANDREA VALLS – Amazing question. I’d love to have an app that helps you remember a song you’ve forgotten and it’s really bugging you. This happened the other day and I couldn’t even remember the tune to sing it into Shazam. I just remembered one word and it was the most frustrating thing ever. I want an app to read my mind and tell me what that song was that I listened to like three years ago on that road trip I took with my mate.

ANDREA VALLS – Noises. And smells. The sound of an MSN notification or a song that was big in 2006. The smell of Calvin Klein CK In2U.

Catch Andrea in Cheaters, Tuesdays at 9:50pm on BBC One and Player.