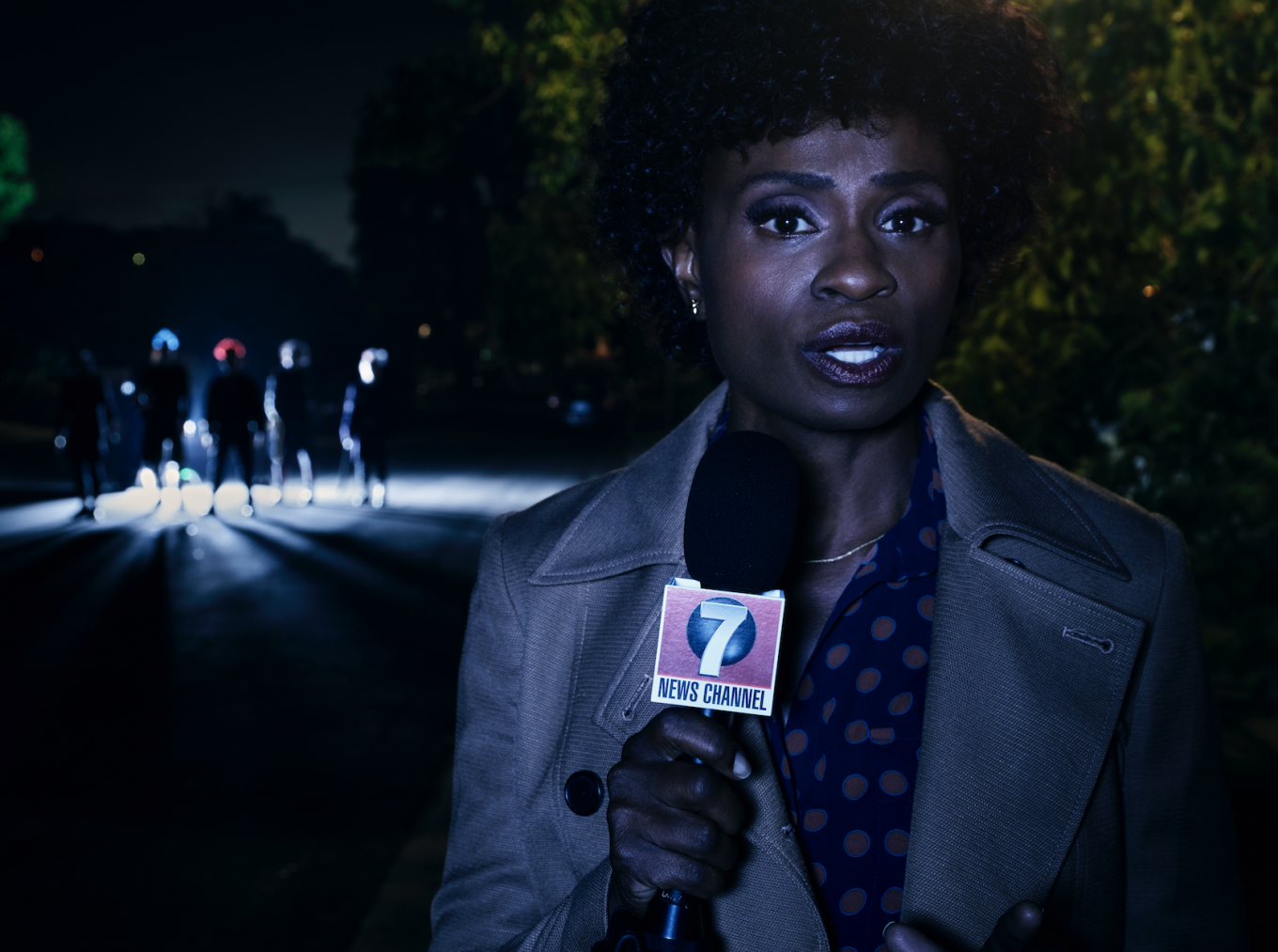 ADINA PORTER has been working in television for the past thirty years, best known for her performances as Lettie Mae Thornton on HBO’s True Blood, Kendra James on HBO’s The Newsroom, Indra on CW’s The 100, and most recently Sally Freeman, Lee Harris and Beverly Hope on the first, sixth and seventh seasons of the FX anthology series American Horror Story.

AC: Fans were rooting for you to receive an Emmy nomination last year for your work on American Horror Story: Roanoke, which season has challenged you the most?

ADINA PORTER: Thank you; that’s very kind of you to say. I guess American Horror Story: Cult was very challenging. In that Beverly Hope was a newscaster, there were many lines to memorize and recite. Newscasters, especially local news reporters have a very recognizable cadence. Those particular inflections and rhythmic patterns were important for me to reproduce. When Beverly became a bit of a ‘double agent,’ it was challenging to discover the precise amount to reveal to the audience.

What was your favorite scene of the season?

The meltdown scene in “Drink the Kool-Aid” was interesting. The ‘powers that be’ came down to set when that scene was shot, specifically to make sure I could bring the emotion. So I made sure to breakdown when the camera was on my face and on my back. I also enjoyed delivering the news report of Harrison’s dismembered body being found.

Once again, you’ve had another character that has survived the season. Despite the secrecy, are you given an idea as to how many episodes you will be involved in?

It is complicated with American Horror Story, in a good way. As an actor, one is told, by an agent how many episodes are guaranteed. So you have an idea how many episodes for which you will be paid. With the AHS franchise, you have no idea what ‘twist and turns’ will subsequently transpire in the writer’s room. You have absolutely no idea what’s going to happen to your character or how long your character will survive. It’s never about the actor. To quote Shakespeare: “The play’s the thing.“

As with every season, you got to work with many different directors. Who did you particularly enjoy being directed by this season?

Being directed by Angela Bassett is always a treat. Especially in Season 7, after getting to know her as a scene partner in Season 6, I was extremely comfortable. We even carpooled to a few locations; she has amazing stories.

If offered, would you direct an episode of the show?

Not yet. I don’t know enough about camera angles, lighting or editing to tackle that job…yet. I do know how to get a performance out of myself. Perhaps I’m also too selfish. The acting is just one piece of the puzzle. I’m still discovering that as I view the finished product and compare – what is on screen – to my memory of what we shot. Now I know what people mean by the expression: “It’s all about the editing.“

What other Ryan Murphy show would you love to be a part of?

Who wouldn’t want to be part of one of his real crime stories? And to have the added challenge of portraying a real person about whom the audience already has a preconceived perception – I’d love that sort of challenge. By the way, I did work on Glee several years ago, which was a blast.

Who would you like to see join the cast next season?

Myself! There is never a guarantee that Ryan Murphy is going to use an actor again. It has been an amazing ride working with the writers, producers, makeup artists, editors – the entire crew on American Horror Story – just the best. I would be thrilled to be invited back.