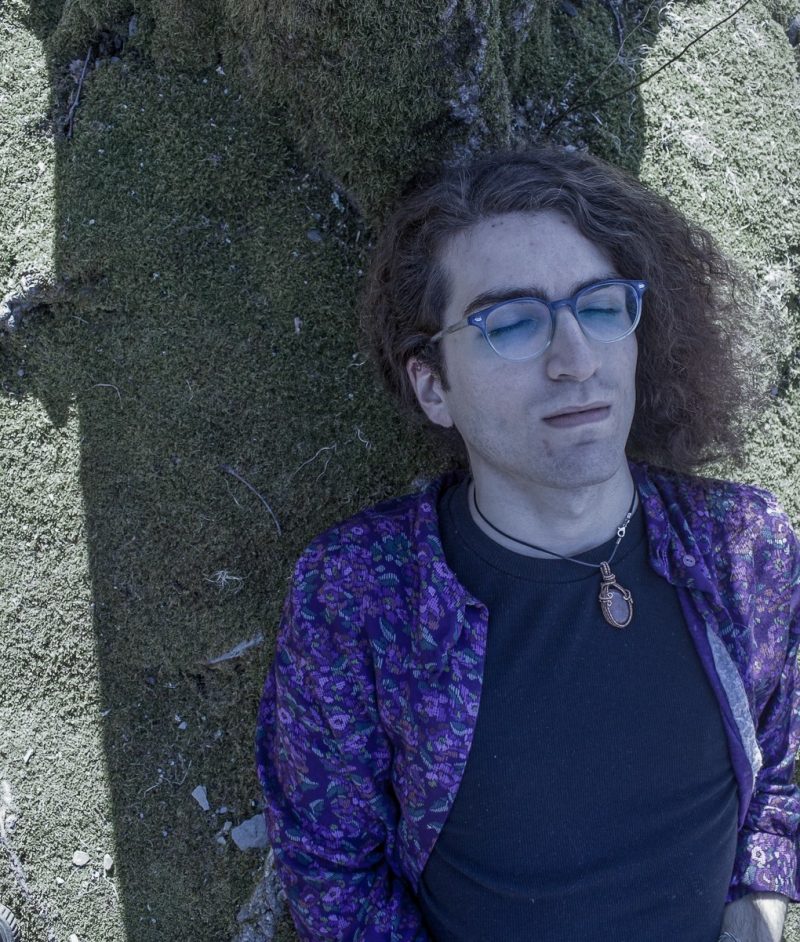 UNSTABILE is getting ready to release upcoming EP Glimmers. This is an immersive culmination of the lo-fi bedroom pop singer’s steadily developing their process of home-recording intimate, spontaneous lo-fi bedroom songs and soundscapes over the past few years, building on from their debut album Steep in 2018 and last year’s A Drop In The Stream.

AC: Let’s talk about your upcoming EP Glimmers. What does this body of work mean to you?

UNSTABILE: This little project is important to me, because I made it during a time where light was feeling scant, literally and figuratively. It offered me glimpses of clarity and openness that I needed and has continued me on a path to balancing my energy and becoming more direct in my musical process.

I think I have a fear around recording songs that I’ve already written. A lot of the time my recording process is super spontaneous and songs come out of it on their own. But with a song I already wrote just at the piano or something, I get unsure about recording because it feels less natural. So I’d like to be less afraid of taking time with that process.

It can be anything, whether it be a little melody, a field recording, or a drum beat. What gets a song started for me, is just the act of listening and trying to follow through with wherever the vision flows; accepting a sound/idea, and responding to it before I allow myself the chance to interrupt by deciding it isn’t good enough. Surrendering to the moment or whatever.

Well, so so many beautiful souls, a lot of new stuff and a lot of old stuff, always. Too many to name, but I’ll tell you some of my most streamed artists of the last year, who I certainly feel inspired and touched by – Liv.e, Blood Orange, MIKE, Solange, (Sandy) Alex G.

So much! I’m still trying to learn how to record/produce, I really want to grow my understanding of harmony/song arranging, I want to get better at the bass…and the list goes on, but basically I always want to listen better and play better.

Very much and not at all. It’s important of course because it’s the primary avenue that I can share my music with friends and whoever, and it can be really nice to follow artists I love. But of course, at the same time, it’s a hole…it’s pretty toxic and at the end of the day if you’re not careful, it’ll suck you away from the music and from the good, physical life experiences.

I haven’t played enough shows to really have a sense of ritual with it, though I want to! Basically just drinking water and breathing.

That’s such a hard one because it’s so easy for words to be misinterpreted or oversimplified, particularly statements small enough to be put on a billboard. Maybe “We are born worthy of life and love”, or “We must care for the oppressed people and the mutilated environment, even if the government does not”.