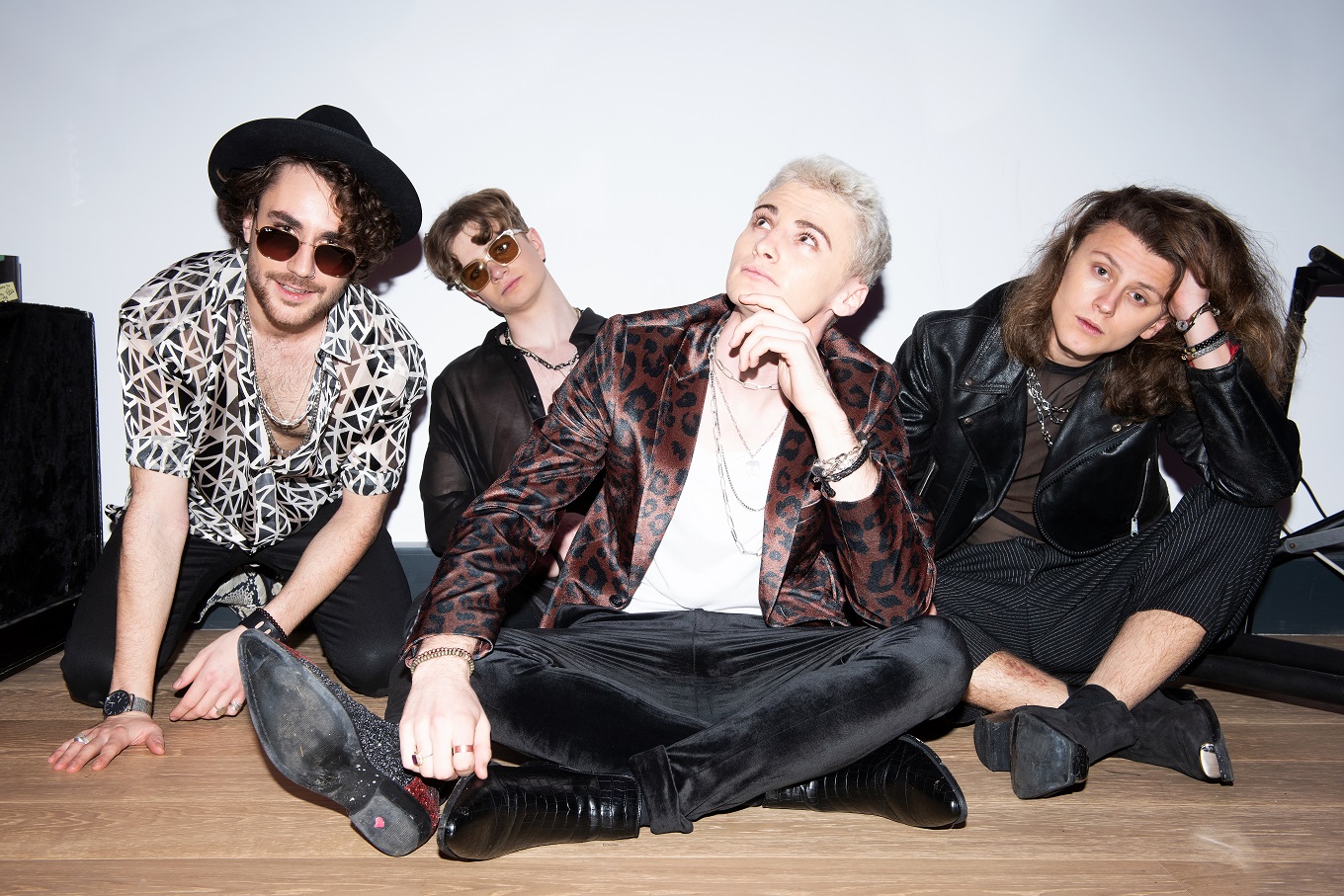 TWO WEEKS IN NASHVILLE recently released their debut single Don’t Give In. Recorded at the legendary Abbey Road Studios, this empathetic anthem offers a glimpse into the world of these South London rockers who just sold out Camden Assembly.

TWO WEEKS IN NASHVILLE: We love fear, it motivates us and creates an urgency to deliver. The feeling of fear in the studio is created by our supreme leader/producer, Brian Harris, and we are forever thankful to him for that.

The thought of re-entering the studio with Brian Harris.

Let’s talk about your new single Don’t Give In, What does the song mean to you?

It was actually the last song we wrote for the project and comes from a place of feeling down and out. It’s a reminder that no matter how you feel now, you can always get out of that hole.

The song’s about remembering that and trying to inject some hope and positivity!

I don’t think this band would exist without our own childhood musical influences. We met through playing music and we are all very different people with very different tastes in music, but when we come together things just seem to fit into place!

Always the same- we gather 8 snails, assign a different chord to each of them- then race them. The first 4 across the lines are then used in the order they arrived.

How much of an impact has South London had on your music?

So much. We were actually a jazz band until we first visited South London for an afternoon. By the time we had left, we were a rock n roll band.

What does the rock genre mean to you?

Rock to us is feeling free, coming together and living in the moment!

Where do you think it is headed?

It’s coming back, baby! Louder and harder than ever! Don’t you worry about it.

You sold-out Camden Assembly before even releasing a song. It’s incredible. How did that happen?

We set the capacity to a total of five. No, we’re joking! But to be honest we’re not too sure how, especially as we didn’t even have any music out! We can’t thank our friends and fans enough for getting tickets and traveling to the show.

Can’t wait for the next one now we have a tune out too!

What does the venue mean to you guys?

The venue means a lot to us and seems to really be a great place to make some waves.

We’ve seen a few great up-and-coming artists there such as Jack Found, and also one of Billy’s biggest influences, Jet, played their debut UK shows at Camden Assembly back in the day!

An app that tells you where the cheapest pint is within a 15-minute walk from your location.