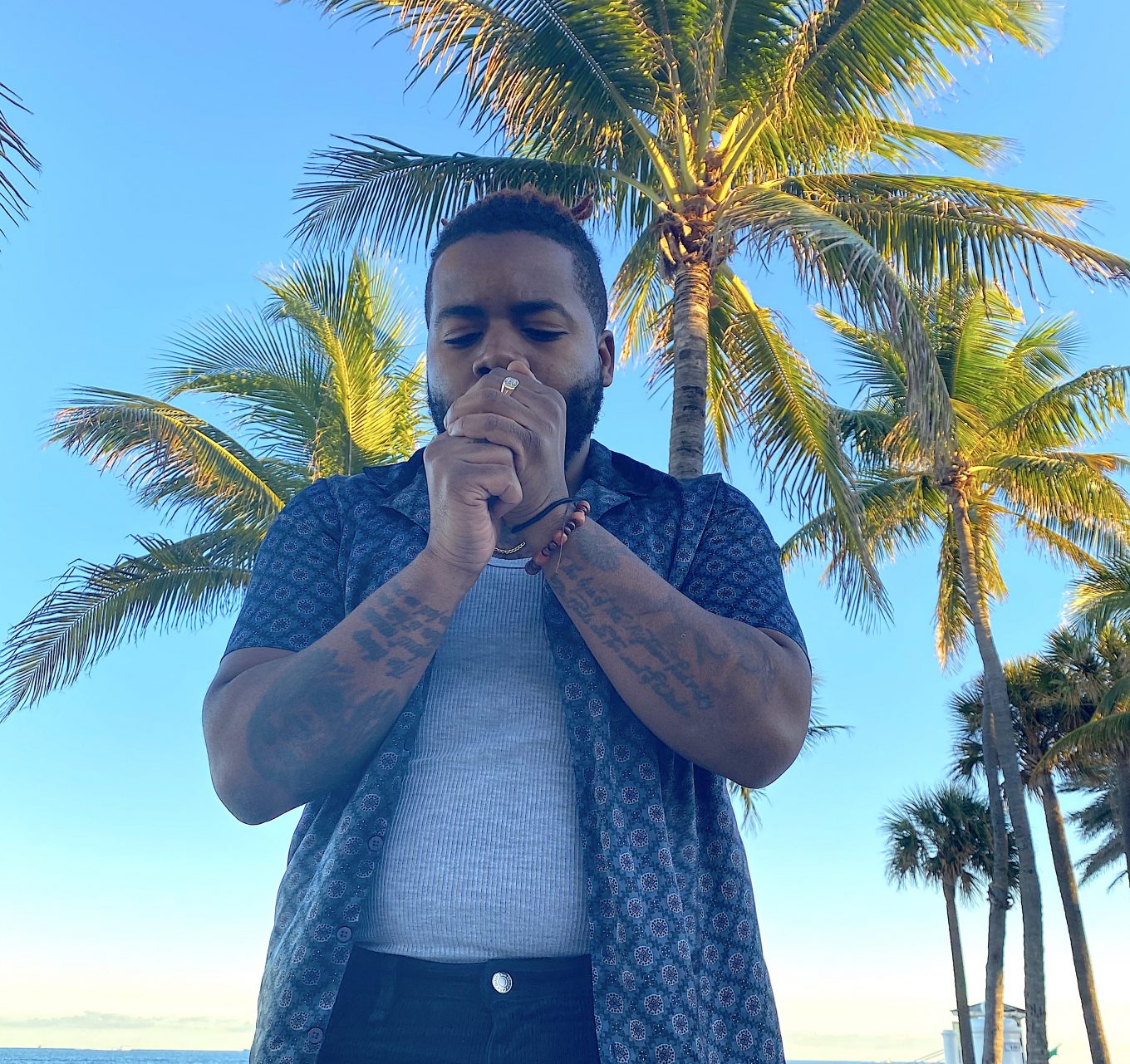 TRAVTHAGOD has just released his latest single Her Smoke. Born in Jersey to Jamaican and British parents, Travthagod is a melting pot of diverse cultures and heritage, and this translates into his music, as is evident on Her Smoke, which perfectly blends dancehall stylings, hip-hop presence, and lush R&B melodies.

AC: Let’s talk about your new single Her Smoke. What does the song mean to you?

TRAVTHAGOD: The hook for the song comes from the Legendary Babyface’s song Never Keeping Secrets. When I was younger I used to listen to the cover by Sanchez, a legendary Jamaican singer. [Jamaicans] are known for covering popular songs and intertwining them with reggae dancehall flavor. So, I was just having fun with the song, you know?

TRAVTHAGOD: My only fear in the studio is the session not being saved from the get-go [Laughs]. Other than that, no fears.

TRAVTHAGOD: The creation of a song begins for me first with the riddim. Doesn’t matter what mood you’re in, if the riddim kicks and it makes you feel militant, you’re going to follow suit, you know?

TRAVTHAGOD: I still try to learn different techniques on voicing songs, different genre sounds, something so I can be inspired by and transfuse into my own. Still trying to learn how to mix and edit my own voices with different analogs and learn how to just keep creating my sound.

TRAVTHAGOD: I can’t tell you my app idea as of yet. Still under wraps. I have still yet to see anyone with it so that’s why [Laughs].

TRAVTHAGOD: Social media is a gift and a curse. If you’re focused and tunnel vision your ideas into what you need it for, it’s great. It’s very easy to get sidetracked and even swayed into public opinions by what you let on your feed you know. Buts it’s nonetheless a great tool when used correctly.

TRAVTHAGOD: Before a gig, usually I and the crew will just huddle up, and assure the whole team “We got this like usual!” Just end up killing the show.

TRAVTHAGOD: 10 years from now I would like to see the world more concerned about personal health and more caring for the kids’ ecosystem.

TRAVTHAGOD: If I had the chance to throw something on billboards it would be my single New Smoke! Go check it out and you’ll see why for yourself as well.