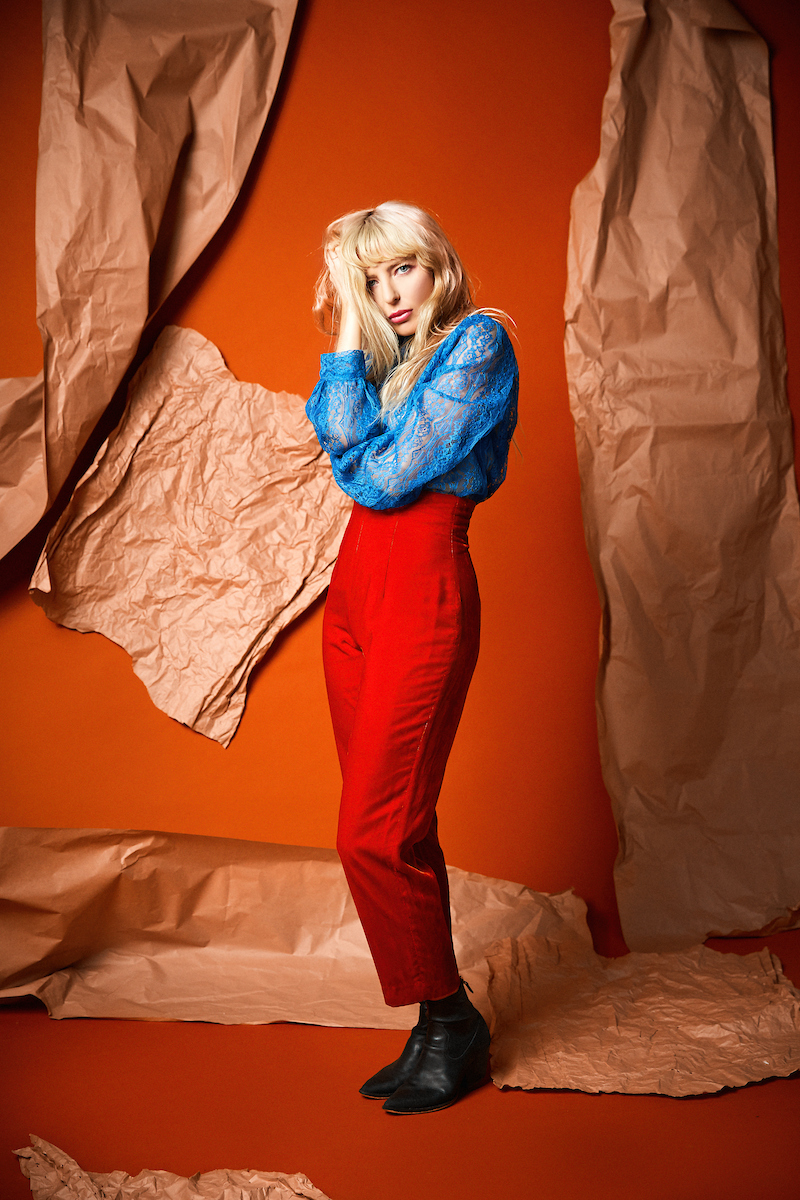 AC: Let’s talk about your new single Rivers. What does this track mean to you?

SKANDRA – Rivers is about the admission that though something may feel like true love, it’s obviously destined to end. It sorts through thought processes I had throughout that relationship. It’s about finding strength in this admission.

SKANDRA – I sometimes fear that after a month or two, I’ll look back and wish I had done something a bit different. I’ll get so excited about something in the moment that I forget all else. I try to step away from the recording throughout the process so that I avoid this feeling later on.

SKANDRA – It’s nearly the same. I think when you’ve made art for so many years, you really learn yourself. You know what sticking true to who you are means. So, if I do something outside of that, I will always regret it. With that, I also must learn to let go.

SKANDRA – The words. I’ve always considered myself a writer before a musician. I find myself writing 5-minute songs, lyrically, and then cutting them down to 2-3 minutes once I’ve written the melody and parts.

SKANDRA – I’m inspired by those who are pulling things off independently. Anyone at the helm of their career and securing the rights to their music without the need of middlemen interfering. I say this because the industry hasn’t caught up with the power of social media and the more it does, the more major labels will make sense. For now, I haven’t seen that happen. So, I respect artists who start their own labels (Phoebe Bridgers, Skrillex) and those who found their place after abuse (Taylor Swift).

SKANDRA – I’m self-taught at guitar. I’m not very good but I get away with what I know. Having played piano and studied music theory for most my life, I have a good foundation but I still want to get to a point where I can strictly write and perform with guitar. I think it would be very freeing.

SKANDRA – It’s more important than ever. The entire industry has shifted into a virtual one. Without social media, we’d have a hard time staying connected at this level.

I founded and run an organization in Los Angeles called Treehouse. It’s an art community that has popped-up monthly for over 5 years. We expose underexposed artists. When the pandemic hit, we canceled all our live events planned for the year. I launched the Quarantine Concert on Instagram. We had over 50 thousand musicians partake including Walk The Moon, The Griswolds and Meg Meyers.

As for Skandra, I’d planned to release the songs in March. When the pandemic hit the U.S., I postponed this. I worked on other projects for a few months and eventually, I decided it was time to start releasing them as singles, a few weeks apart. After having put so much work into this project and so many years of not having released anything, I was feeling a bit hopeless. The state of the world, the industry and all else was really weighing on me. I told Ylane I felt like I needed a sign from the universe to keep going and as the wonderful husband that he is, he said, “Why don’t we tell the TikTok world your story?”. I laughed at the simplicity and quietly wondered, “Who in the world even cares?” Within a week, “Rivers” reached 1,000,000 streams.

It’s been quite an adventure, to say the least. A single video changed my life. Skandra has received over 2 million streams across streaming platforms in the first couple weeks, the music video views keep going up and almost every major label on earth contacted me within 48 hours. I don’t know what any of this means quite yet but I’m beyond happy and excited to have a wonderful fanbase to release my upcoming music to.

SKANDRA – I make sure to drink 2 liters of water and avoid anyone that aims to make me feel unworthy!

SKANDRA – I’ve realized that when the world feels out of control, it’s an important time to find your voice. You’ve got to take the time to sit down and observe your powers: what you CAN control. You find that and you use it as best you can. You feel good when you do. You’ve got to love what you do with your life and it has to feel honest and true to you. Otherwise, what a waste!

SKANDRA – Songs I use to listen to when I first fell in love with music. Carol King, Bob Dylan, Fleetwood Mac, Bright Eyes and old Death Cab for Cutie albums all make me miss the simplicity of life back then.

SKANDRA – I’d love to see a world that values education, knowledge and productivity. I think if we valued education enough to fund it properly, we’d spend less time being so hard on ourselves and more time on productivity. When you know more, you do more. We’d have better artists, better scientists, better leaders, empathy skills and less apathy.