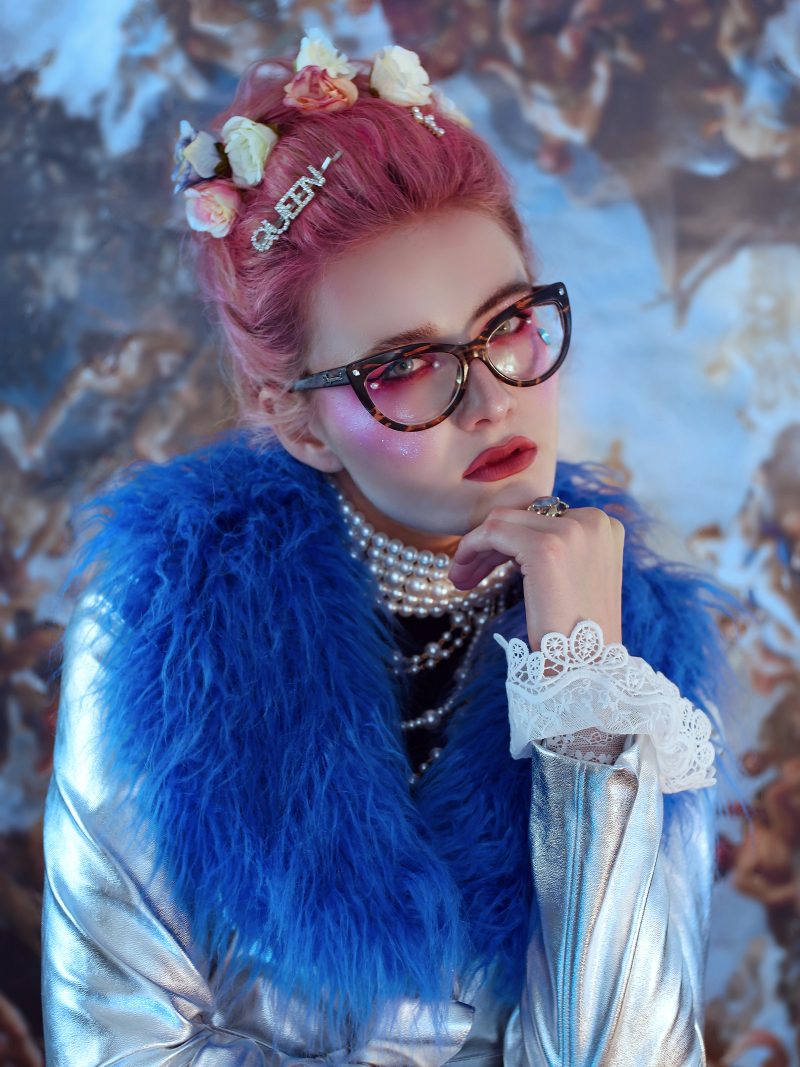 NINA TRIBUS has just released her latest pop anthem Primadonna, whilst currently working on her EP. We wanted to have a reflective conversation with the London-based songwriter about the journey to this stage in her career and some of the challenges she has faced along the way.

NINA TRIBUS: Funny you ask, as I would say, the studio is probably the one and only place where most artists, including me, feel no fear when it comes to performance, as it is such a safe environment where you are ‘allowed to make mistakes’. That being said, I suppose the only fear you are really left with, is you not being able to live up to the idea that you have in your head!

Now, that’s a totally different story. The fear factor when performing live is definitely there and it can often prevent me from doing my absolute best. For me, the experience of going on stage involves very polarized emotions. Often, right before going on stage, I ask myself ‘why on earth am I doing this to myself?’ So, subduing that fear would definitely be a goal for me. And yet, on the other hand, going on stage, can also let you experience the immense power music can have on people, and you really feel blessed for being able to be the medium of this energy, which then makes you want to do it all again and again.

Let’s talk about your new single Primadonna, What does the song mean to you?

Primadonna is my debut single, and one that is quite personal to me. In short, it is my response to the various trends of the current music industry, and the many things that people tell you to do and not to do. I simply grew tired of listening to that and trying to follow something that I am not, so I went back to my roots and to what I have always dreamed of since I was a child, which was to be this ‘great, big singer’ and ‘diva’. So, we made a song about that. An absolute caricature of an unapologetic over the top singer that does her own thing no matter what they say.

Oh, immensely. My mum used to listen to all of the great diva singers like Celine Dion, Whitney Houston, Barbra Streisand and Aretha Franklin and all this very much impacted me! In a way you can exactly see where Primadonna is coming from! I also absolutely loved listening to all the big Disney songs, which to this day I haven’t, grew out of. I always look for powerful melodies that are great to sing.

This is an interesting one, as I don’t actually write my own songs, which is quite unusual nowadays. I consider myself a singer, a performer, and I never had the urge to write songs, so I don’t force it. I have always been looking for songwriters to write for me which again is a very ‘diva thing’ to do I suppose. I was incredibly lucky to meet NILUM who is such a versatile songwriter and producer able to write and produce the songs I have always wished to have.

Oh, there are many people that inspire me, it is difficult to even start. However, if I had to name one artist that has had a profound influence on me, it would be Maria Callas. It is an unusual choice, as she was an opera singer, but I have always admired her wisdom, her artistic genius and her incredible work ethic. I used to watch her interviews so many times I knew them all by heart! I only wish, that artists with such talent would be more celebrated today.

Without a doubt, London has had an immense impact on my music. I graduated from a Bachelors degree in Vocals here, and met many people who I work with and are influencing me on daily basis. I love London because of its many opportunities.

Vocals overload! Truthfully, so far I am planning to release singles only, as I feel each track get its own spotlight for a while. I will definitely eventually release them as an entire EP however.

Frankly it is quite important, whether I like to admit it or not. I am a very visual person and I especially enjoy Instagram as it really lets me express myself. I think the truly wonderful thing about all the social media for an artist is that it lets you communicate with your fans directly.

Oh gosh, yes. I am a slave to rituals actually! It’s horrible sometimes but I think it is important to know yourself and what gets you into the right mindset. I have to have my favourite tea with me, which is Lapsang Souchon, read my horoscope and I cannot go on stage without wearing my favorite ring.

A quote by Socrates comes to my head “I am not an Athenian or a Greek, but a citizen of the world.” I wish that in 10 years we would pay less attention to which part of the world do we come from and what divides us, but rather what joins us and makes us the same.

What an interesting question! I think, I would write: “If not you, then who?” I would want it to serve as a reminder for everybody to believe in themselves, and that even you can change the world.

You know, I don’t really do New Year’s resolutions. If I have to do something I do it, or I find a way to avoid it! The time of the year doesn’t matter.