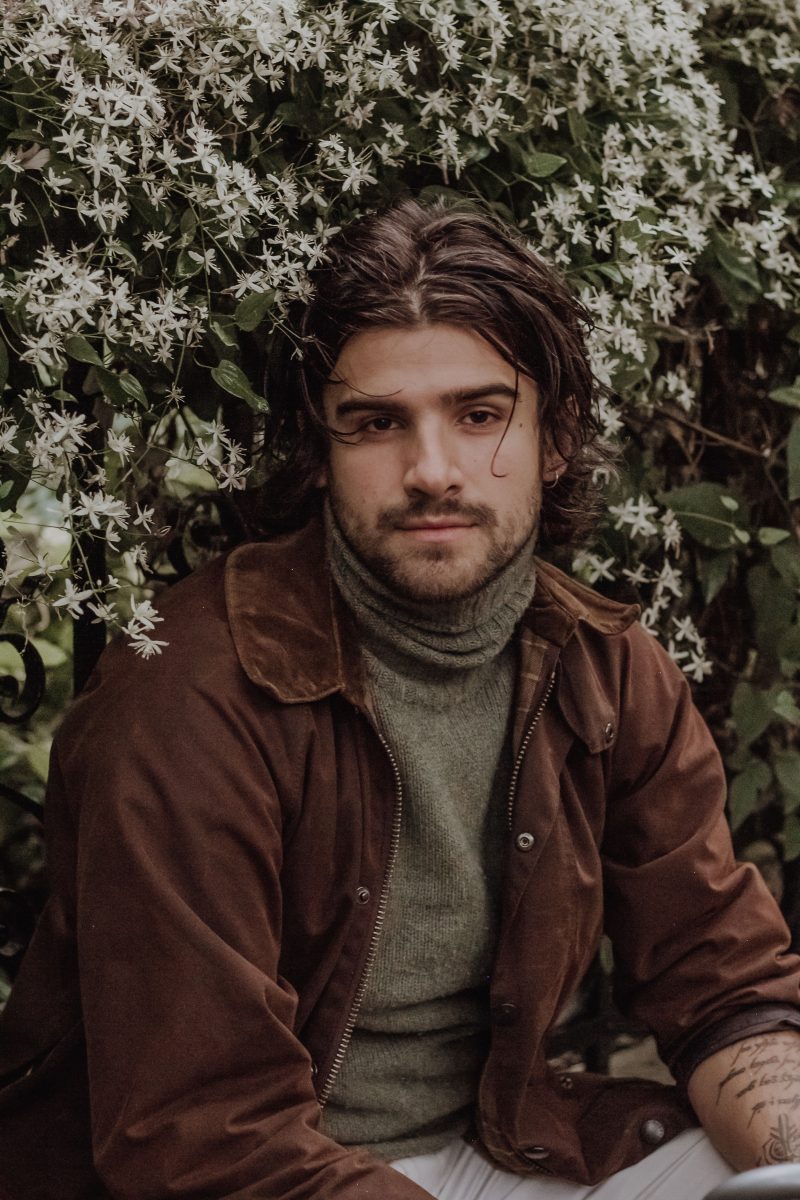 Matt LeGrand spent his infant years in France and at the age of seven years old, his family relocated to Chicago. As he grew older he found himself exploring the wide variety of musical inspirations that the windy city had to offer. The exploration didn’t stop there, he found himself actively learning a wide variety of instruments, from the guitar to the drums, even dabbling with songwriting; it didn’t take much for him to completely fall in love with music.

AC: Let’s talk about your new single Crazy Bout Cha. What does this track mean to you?

MATT LEGRAND – This track symbolizes growth and hard work! When the idea of the song was being talked about, the saying “left field” was used a lot. Crazy Bout Cha isn’t really a usual or conventional song for me. It’s very different from anything I have ever put out. Trusting my team, taking creative risks, and diving into unknown territory is something that I try to embrace as much as I can. Let me tell you, the first recording session didn’t go so hot. I struggled with this song but I embraced the learning opportunity and made an uncomfortable territory feel like a comfort zone. I’m grateful to have an honest team around me for I love the sound that was developed for this song!

MATT LEGRAND – Yes, I’d like to get over my fear of spilling my tea and ruining thousands of dollars of studio equipment. I am a bit clumsy! I’d like to take more chances and make more mistakes as well. Studio’s and rehearsals are where things are tried. Plus in this digital age of recording, we thankfully get the freedom to record as many takes as we’d like!

MATT LEGRAND – I’d like to get over my flight anxiety! The number one thing I tell myself though when it comes to flying is that my overwhelming desire to travel and see the world outweighs my fear. Fellow fearful flyers, please feel free to use that as a tool!

MATT LEGRAND – I seem to create my best work after deep conversations. It really opens me up to creating not only a song but a story and a feeling behind it. I’ll usually start with one word and then I’ll build everything from there! What the songs are actually about is all based on where I am in my silly thoughts and as a person.

MATT LEGRAND – I am way too obsessed and inspired by The 1975. They always seem to just be a few steps in front of everyone when it comes to creative risk taking and staying aesthetically pleasing. They either make me want to cry or dance ridiculously, no in-between. I’m also a big fan of how the bandmates treat each other, their fans, and the amazing work that they do off the stage!

MATT LEGRAND – There is always so much to learn. I would think the biggest one would be working with the strange hours that come with this career. It’ll go from highly intense and demanding to nothing very quickly. For me, I try and work on not letting those up and down’s affect my stability. Remaining calm and sticking to a routine while being efficient at my work is where I focus. I believe we all are and will forever be works in progress.

MATT LEGRAND – I can first tell you that it has been 4 years in the making and it’s coming out November 27th, 2020! This album has been quite a journey of hardcore development. Lots of things were tried (some I hope never get to see the light of day.) I am so incredibly proud of the sound that was created for this self-titled debut! It’s really a diverse EP that features two Latin artists, RnB, Acoustic, dance, retro, and reggaeton. I can’t wait for the EP  to be out of my hands and into the world! The release date is Friday, November 27th, 2020.

MATT LEGRAND – Social Media is always an important tool that does amazing things for careers! The networking is so convenient and efficient. Most importantly it makes it easy to speak and communicate with those that support me. On the flip side, I believe that there are also negatives. I think that for the amount that social media attacks our brains and has sped up our world, we need to give the same amount to slowing ourselves down and relaxing.

MATT LEGRAND – I am always nervous so I focus on calming down and remembering my purpose. Other than stretching and warming up vocally I try to goof off and not take things so seriously. I think that we all struggle at some point with taking life too seriously. The most important ritual though is praying. I do two prayers, one with the team and one on my own while my show intro is playing! This helps me remember why I am there. Simply to introduce people to a safe environment where people can feel comfortable to be themselves!

MATT LEGRAND – I’d like to see more trees and music become the number one language in the world!