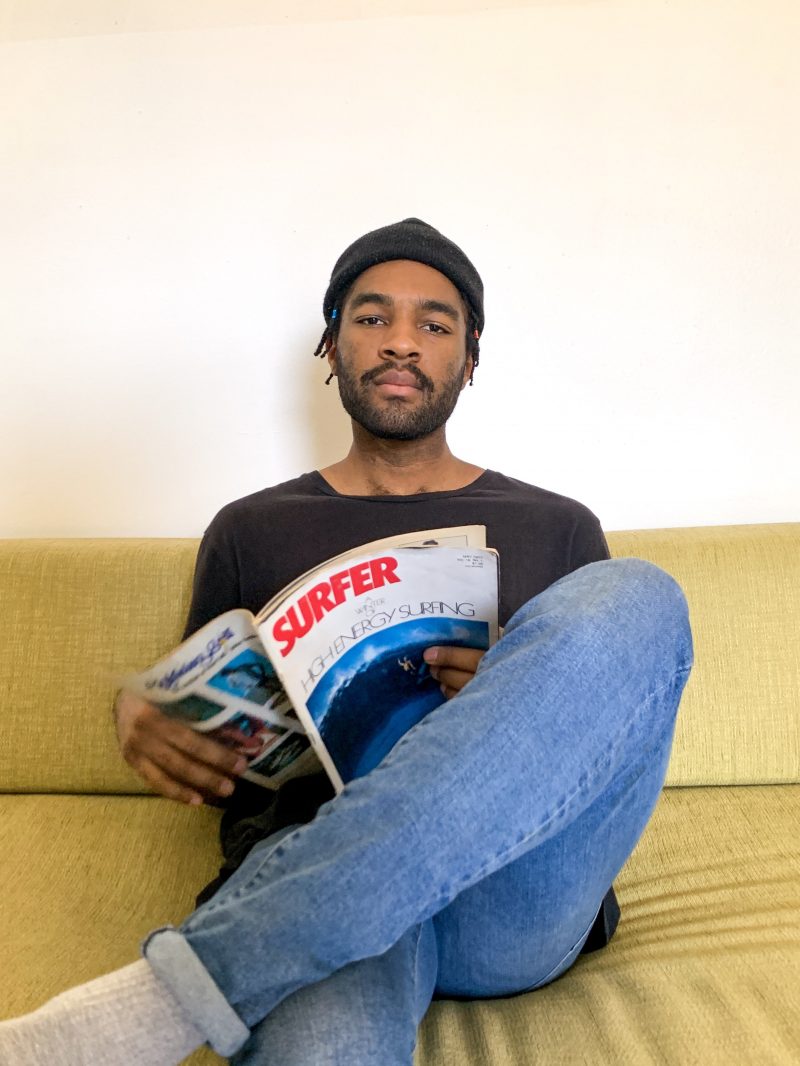 M.A.G.S. has just released his new EP Lost Tapes. We caught up with the LA-based indie artist to talk about his new release, whilst also talking about his life as a music artist.

AC: Let’s talk about Lost Tapes. What does this body of work mean to you?

M.A.G.S. – Lost Tapes is a snapshot of a time in my life when I had to re-learn who I was and face a lot of personal demons related to past relationships. I recorded them in the Summer of 2018 at a studio outside of Rochester, NY. Ultimately, I decided not to release the project because at the time it felt too personal and too raw, so I sat on it for a few years. When we entered lockdown, I found it on an older hard drive and felt it was time to release it.  I decided to put it out as-is, some of the songs were a bit rough around the edges but that’s kinda what gives it its whole vibe.

AC: In the studio, do you have a fear you’d like to conquer? What about outside of the studio?

M.A.G.S. – Not really. I think the studio is a place to experiment. If you’re afraid to experiment you’ll never grow as an artist. As a person, I deal with my own personal anxiety and self-esteem issues, like anyone else. My fear and anxieties are things that I experience internally, so the best way to handle them for me is to stay out of my head.

M.A.G.S. – Sometimes I’ll wake up with a cool idea for a drum part, or I’ll think of a vocal melody when I’m in the shower. I try not to force songwriting because I almost never like what I come up with when I’m forcing myself to make music. Most of my best ideas come to me when I’m doing normal stuff.

M.A.G.S. – I’ve made kind of a conscious effort to not keep up with too many people/artists in the industry. Not out of any disrespect, but because it’s like an ‘ignorance is bliss’ kind of thing. If I’m keeping my focus on myself and my career, then I won’t feel the need to compare myself to others. That being said, Tyler, Kanye, Childish and Kendrick Lamar are some artists I frequently listen to and I admire how they present their music to their fans. You get a whole experience with each project, not just the songs.

M.A.G.S. – I’m generally a pretty knowledge-hungry person, but I love learning more about things on the production side. As long as music is being made, there will always be new things to learn about production. When it comes to how to make a mix sound better there’s no substitute to just doing it a lot and listening to people talk about mixing. I guess I’m just generally a production nerd so I spend a lot of time researching. I produce all my own music so I’m constantly trying to learn and experiment.

AC: How much of an impact has New York had on your music?

M.A.G.S. – Being from Upstate NY is definitely not the same as living in the city. Buffalo has a small-town vibe and I think that was a cool community to come up in musically. The sound I ended up going for with M.A.G.S. is sort of like different pieces from bands I played with over the years, and what I learned from everyone along the way.

M.A.G.S. – I have a love/hate relationship with social media. I feel like I use it so often, but ultimately I really don’t care about it. It seems like it’s a necessity, especially as a new artist to be able to communicate with your fans. But the less time I spend worrying about it, the better.

M.A.G.S. – Definitely gotta take a dump, can’t have all those toxins killing the vibe. I’ll usually take a couple minutes alone to center myself and do some vocal warmups.

M.A.G.S. – In 10 years, I would hope that we will have stopped the senseless killing of Black people. I hope by then we don’t have to have the BLM conversation anymore because enough people have changed their way of thinking. Hopefully the time we’re in right now is the period to the statement we’ve been shouting for the last 400 years.