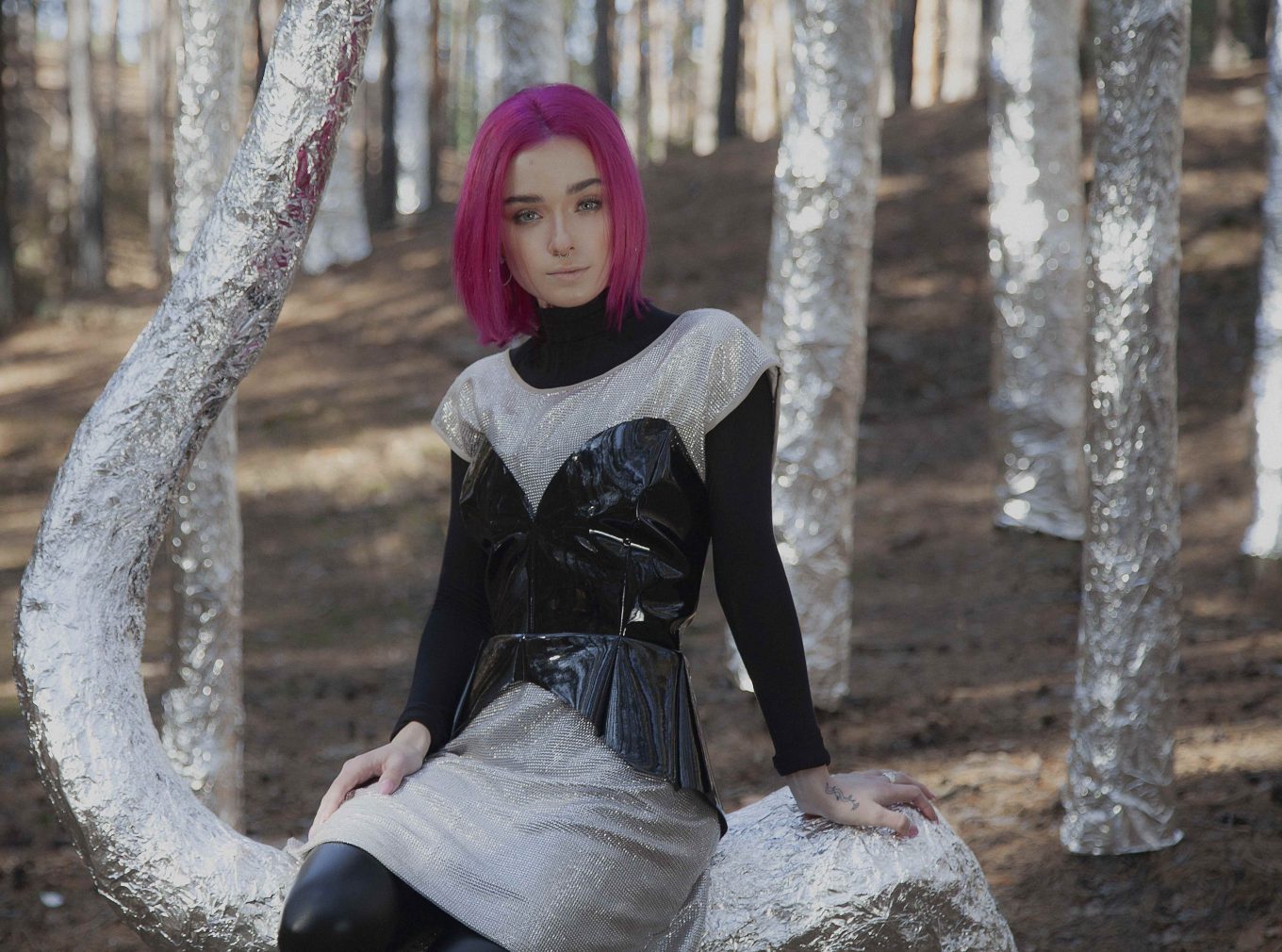 LILAC SPIRIT has just released her new single Nothing Is Real. Following on from the release of her debut EP Systems Fail, which was released last year to rave reviews from fans and critics alike, 18-year old indie/bedroom pop artist Lilac Spirit is well and truly back.

AC: Let’s talk about your new single Nothing Is Real. What does the song mean to you?

Each of my songs is a dear memory to me. I write my songs getting inspired by something that is happening in my life or my mind. This one is like a memory of a feeling, I would say. A feeling that reoccurs sometimes.

It was fun and a bit cold [laughs]. It was the first time shooting a music video after a while for me, I missed this process. It was exciting!

Do you have any funny stories from on-set filming?

Actually, yes. Jeremiah, my friend who is co-starring in this video ripped his costume a bit but at a very visible spot. It was just a few moments after the shooting began. We both panicked a little and everyone who was present on set started helping him to fix it. Luckily, I was working with a very talented team, so no one would ever notice it in the video.

I feel like sometimes I get too serious about recording and start focusing too much which leads to myself being afraid that I’m not good enough. Sometimes I really do expect too much from myself and forget that I am just a human being and I don’t need to be ideal. Just real. Not ideal but real.

Oh, if you mean life, then I am afraid that I am procrastinating too much. This is more like my negative character trait, which I am really working on.

It begins with some thoughts or feelings. There is something that I want to say, an idea that I want to convey and I’ll start putting it into lyrics, as they are what I emphasize in my music. Usually, lyrics come together with melodies in my head and later, if the melody sounds too primitive to me or just doesn’t feel right I moderate it when I go further into finishing the song.

My biggest inspiration has been Sam Smith for six years now. He is a hard-worker and has always been honest in his music, on stage and to himself. This is what I find being the most important thing, staying true to yourself no matter what.

Recently, my new big inspiration became Col3trane. I fell in love with his lyrics, melodies, and sound production. I noticed that same as me, he uses different symbols, allusions, metaphors in lyrics and speaks about some things covertly, which is the best part about writing songs. You can literally write a song about an apple but the poetic devices will reveal that it is actually about temptation. And people who either know what’s up or research the lyrics of your song will find out the true meaning.

As a lot of people would say, there is always room for improvement. I agree with this statement and that is why I want to study Songwriting at BIMM Institute. To get new knowledge in that field. I am also currently acquiring sound production skills. Very interesting and extremely useful. Continuing the list, I am learning how to DJ too, in genre techno specifically. I mean, I live in Berlin, I can’t not like techno.

How has Ukraine informed your musical influences?

Well, as a kid I, of course, listened to some Ukrainian artists. I remember I had a phase when I was listening to these two bands a lot, that have very impressive and unusual lyrics. I guess that was quite an influence!

Gee, this question took me by surprise, didn’t think about that. I think it is going to be quite hard to come up with something that doesn’t exist already.

I would say quite important. I am glad social media exists, I have a lot of friends around the world and it helps me stay in touch with them. Also, I love sharing positive vibes with people and Instagram is a good platform for that. I film funny Instagram stories sometimes and if it makes at least one person smile I am already happy about that. And of course, Instagram is good for making people aware of my music.

Sometimes I meditate before performing. But it’s always breathing exercises for sure. Gotta get that oxygen, you know.

Peaceful? That would be cool.

“You got this. You can do it”. I am sure people who would’ve needed these words would see those billboards and become at least a tiny bit more uplifted.